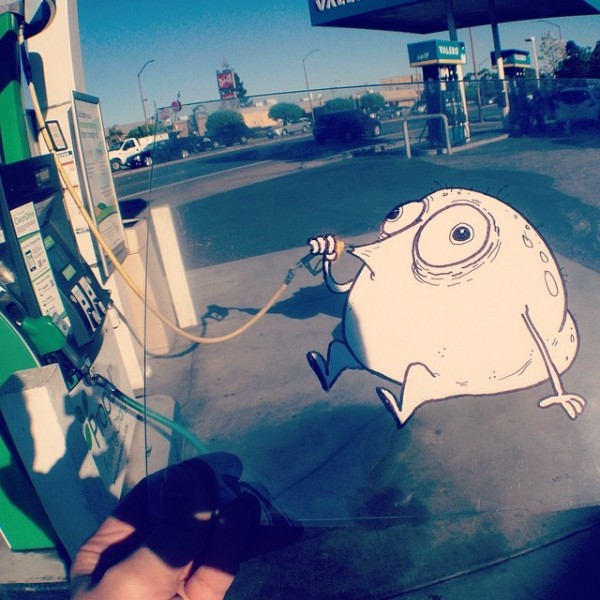 Storyboard artist and self-described “scribbler” Marty Cooper (aka Hombre_McSteez) makes hilarious cartoons come to life in this creative project that he calls his “doodle-ramblings.” Using just a transparency film, white-out, and a Sharpie, the artist makes up each piece on the spot, first drawing the cartoon and then holding it up and photographing it interacting with the scene behind it.

Cooper's fun doodles make the real world and a bizarre, imagined world collide in a fantastic mishmash of creativity. In his world, weird monsters called “gas guzzlers” drive up our fuel prices, a bear uses a skyscraper as a back scratcher, an exhausted lady mosquito reflects on her life over coffee, and a savage orange cannibalizes its own kind. See many more funny, interactive doodles on Cooper's Tumblr. 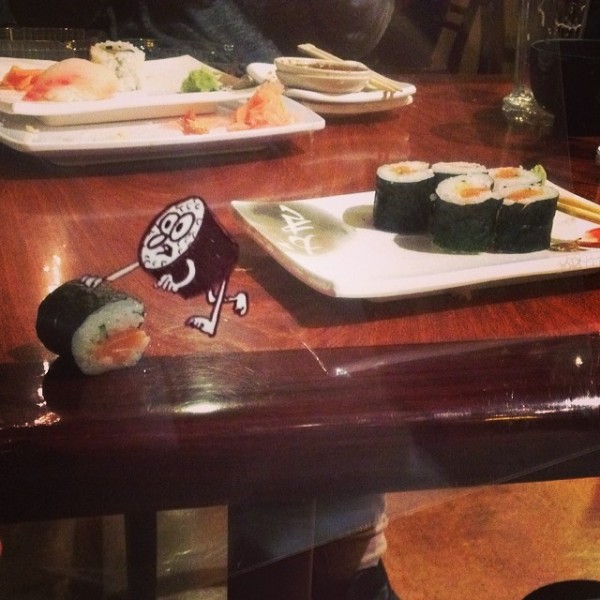 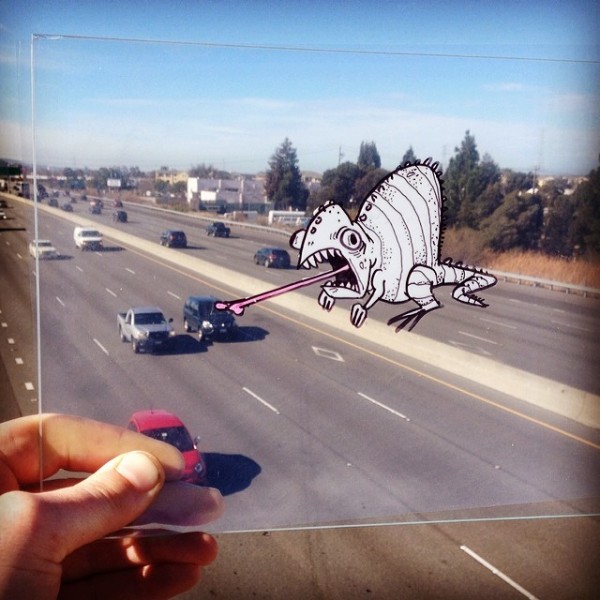 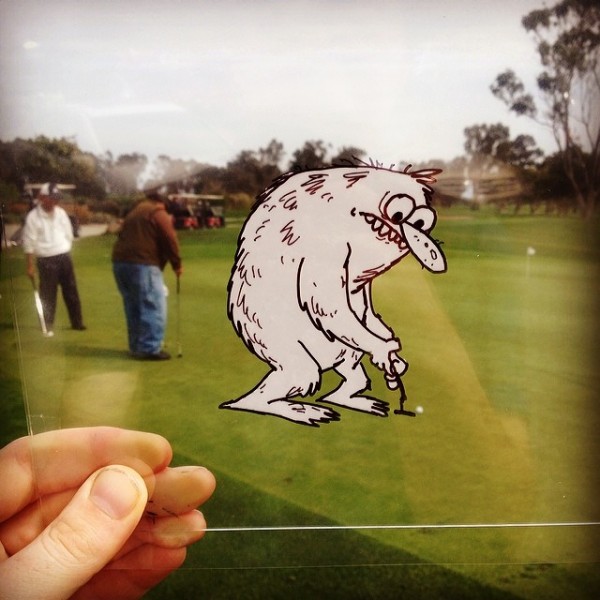 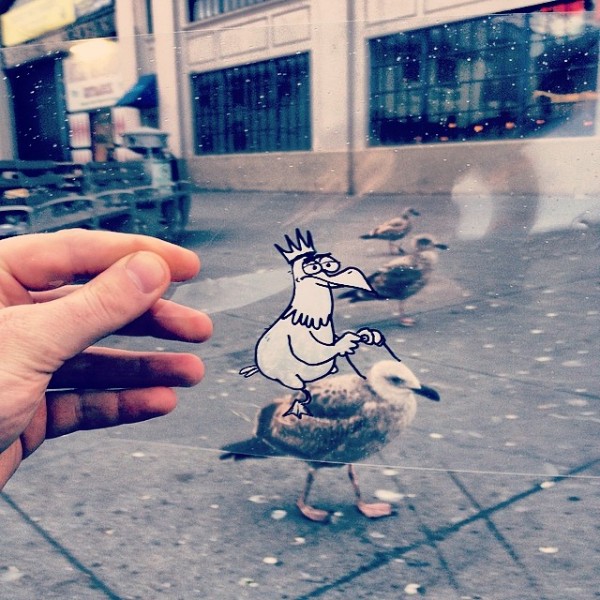 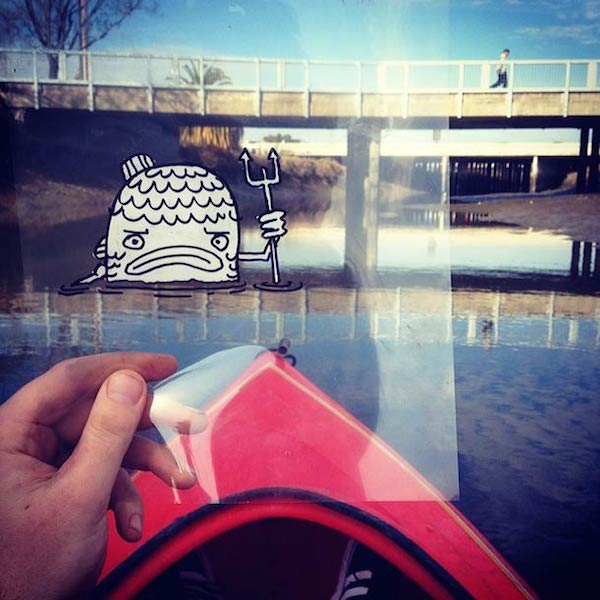 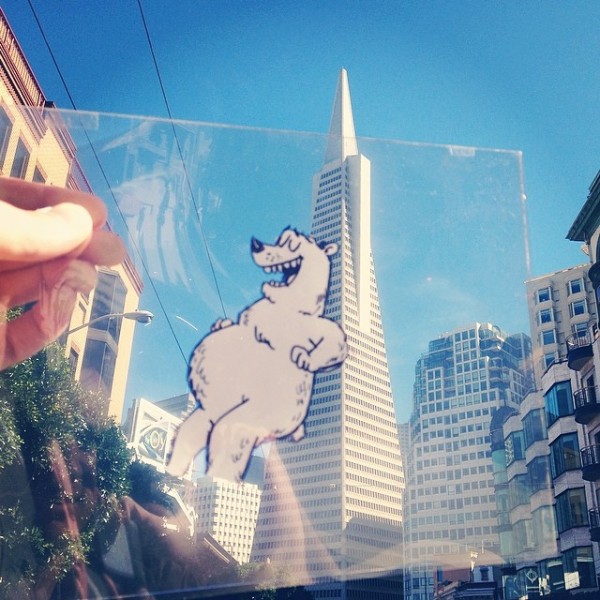 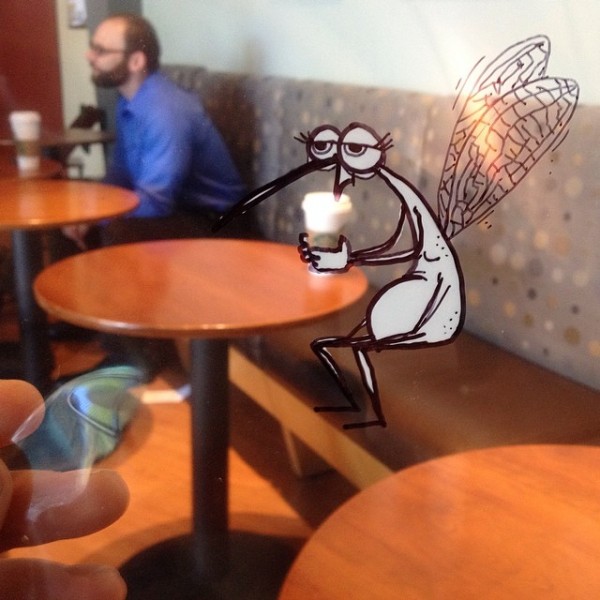 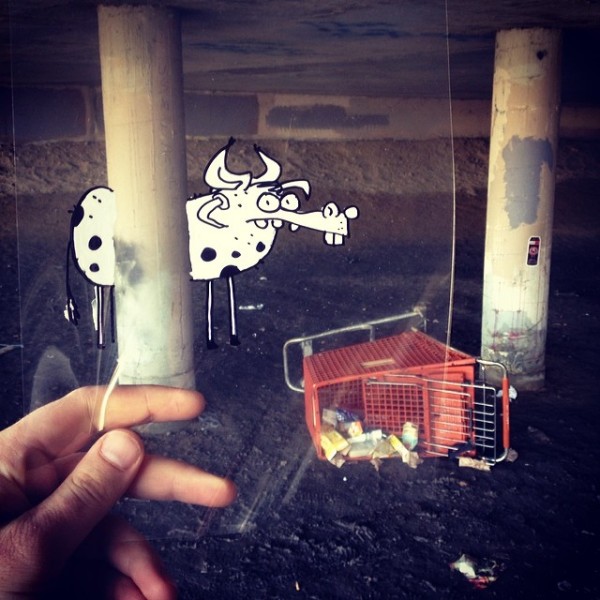 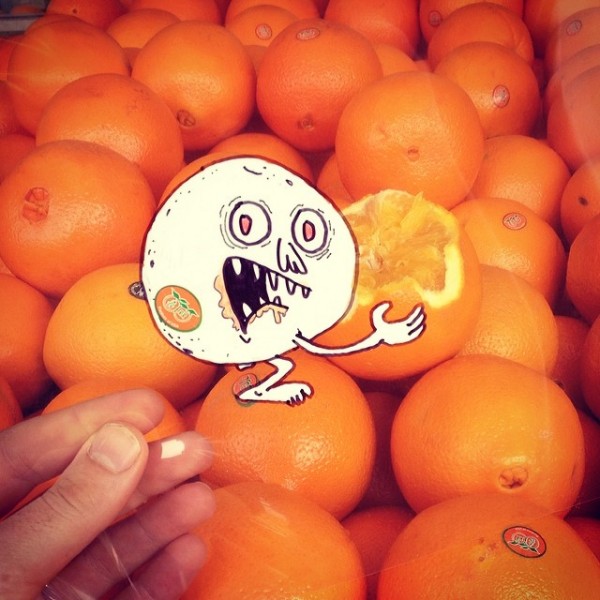 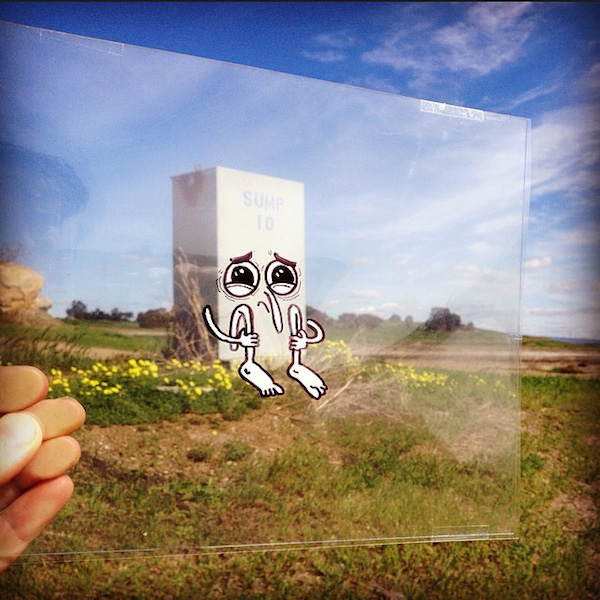 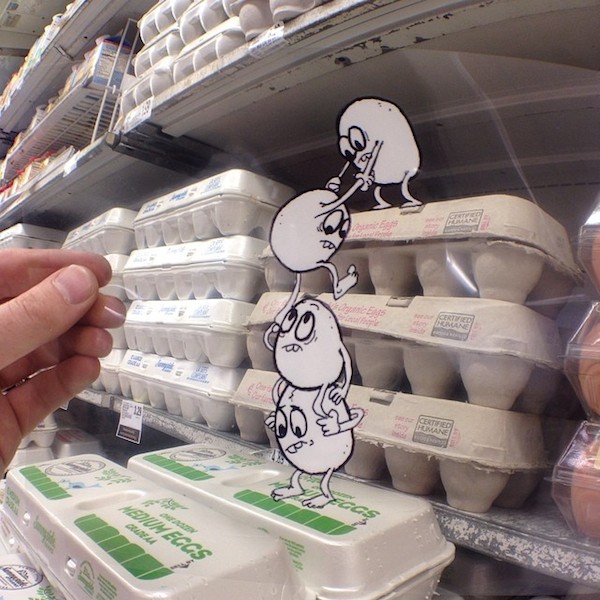 Marty Cooper on Tumblr
via [Lustik]