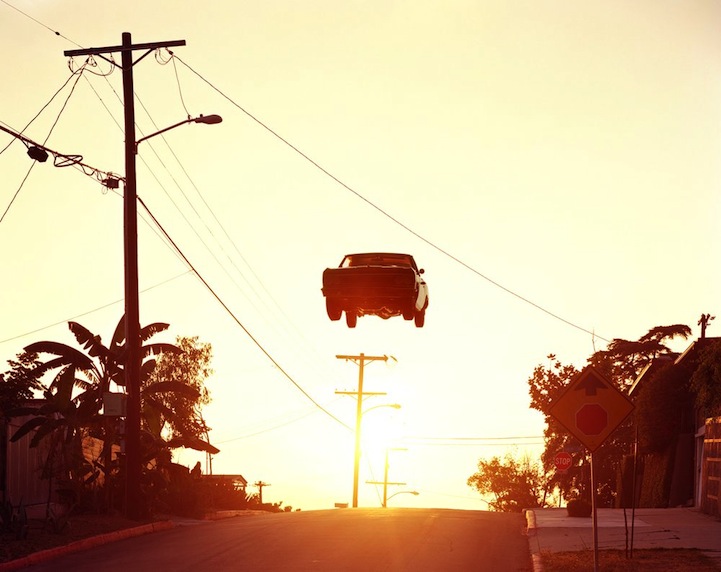 The chase scenes in movies and TV shows are always so exciting, like when cars whip around corners and catch a little air as they speed over hills. Brooklyn photographer Matthew Porter's cinematic landscapes are like exaggerated versions of these scenes. In his series of flying cars, we see old 1960's and 1970's muscle cars flying just a little bit too high over city streets for it to be real. Porter says, “I like them because they represent iconic moments that have very little with telling a story.”

The photographer is interested in creating juxtaposed moments that didn't actually happen. There is a tongue-in-cheek approach. Porter blends the cars into the landscapes so successfully that the lines between fact and fiction are blurred and the viewer is faced with the question of what is real and what is fabricated.

At first glance, one could assume that the photographer is a master of timing and has perfectly captured airborne cars. Upon further investigation, however, viewers are forced to consider that the car is way too high in the air, sometimes there isn't a hill nearby, and maybe Porter is more interested in creating a spectacle of fictional fantasy rather than documenting a realistic fact. 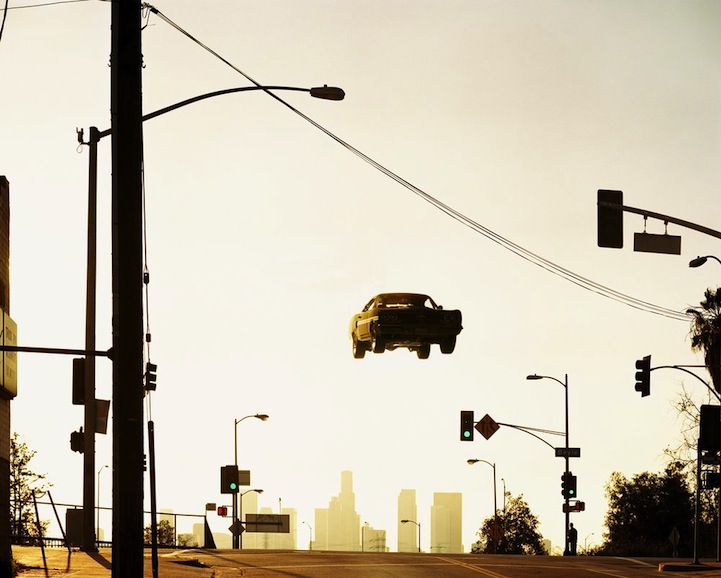 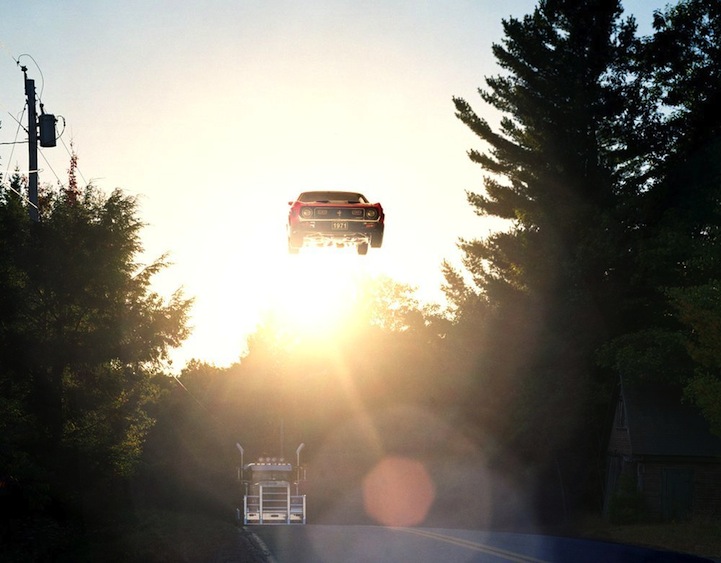 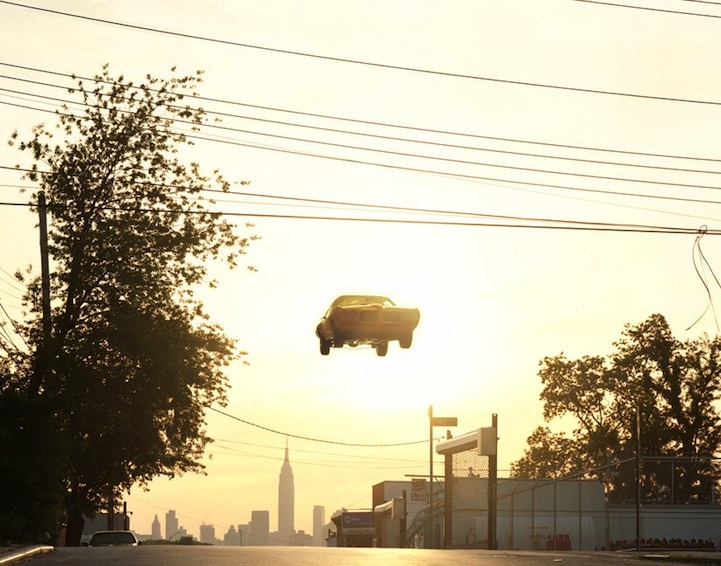 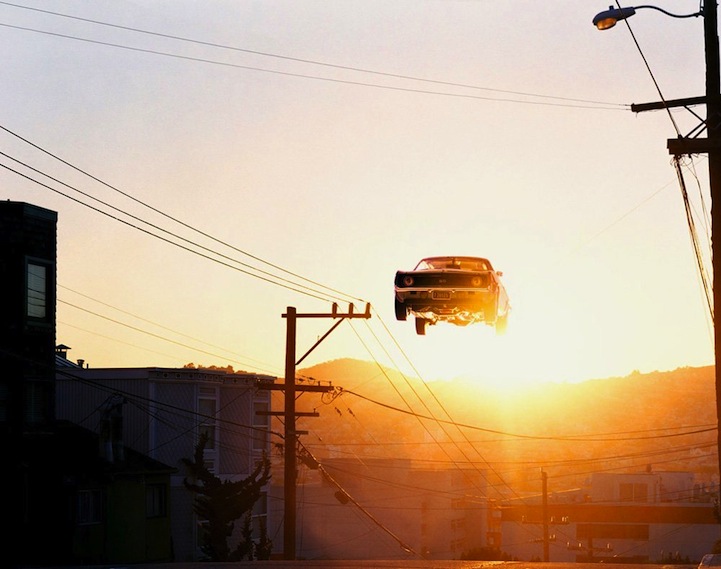 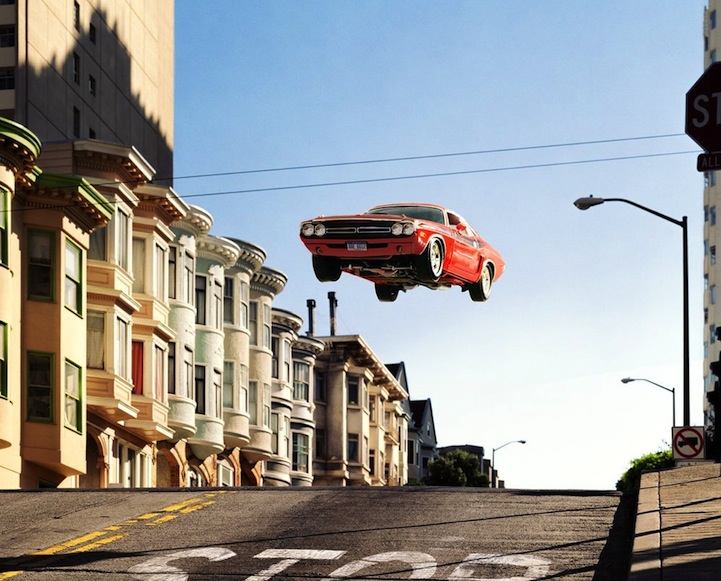 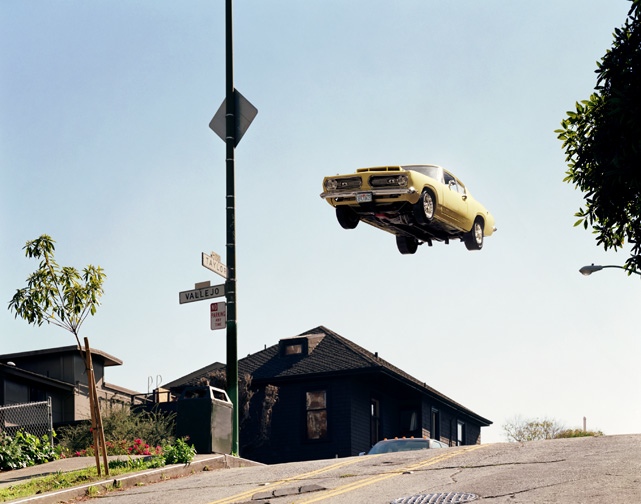