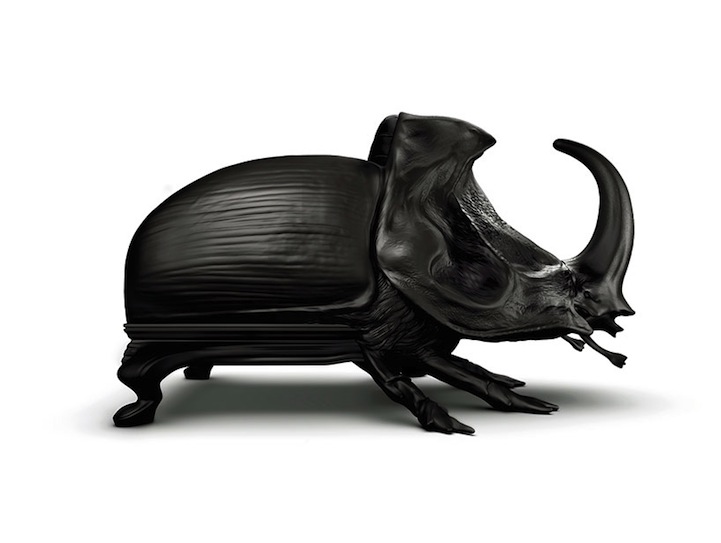 The Beetle Chair is designer Maximo Riera's latest addition to his ongoing project aptly titled The Animal Chair Collection. We've seen him turn anything from a majestic elephant and mighty rhino to a giant octopus into a comfy seat, but now the Spanish designer has set his creative sights on the European rhinoceros beetle.

Like his previous work, the crafty artist presents the sculptural piece of furniture in jet-black, concealing the seat from certain angles. On one end, the horned face of the enormous insect stares ahead menacingly while the back end appears to be a sleek, relaxing armchair. Perspective plays a key role in all of the chairs in this collection, though this one may be the most illusive. 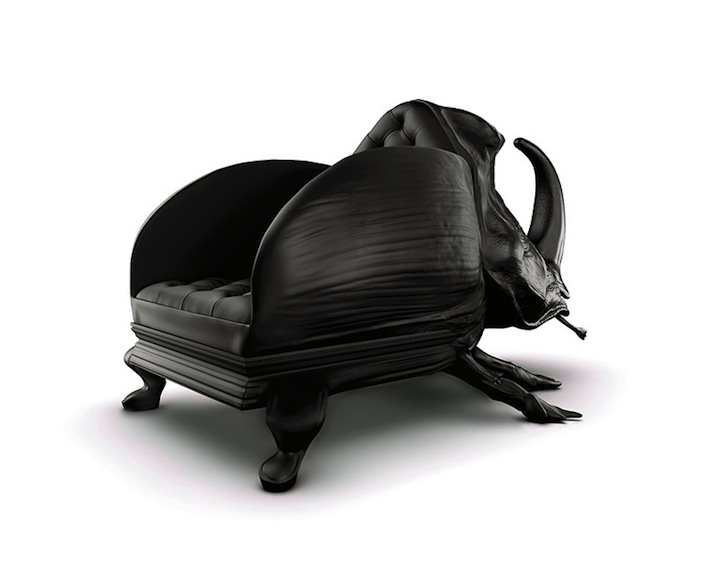 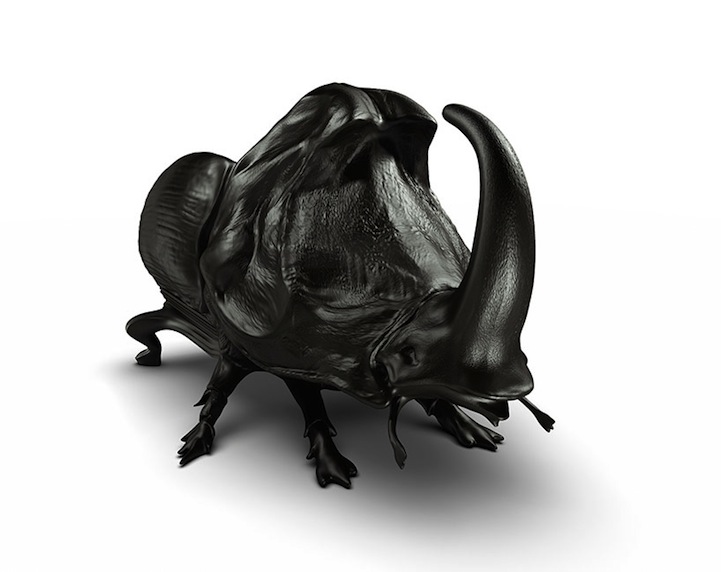 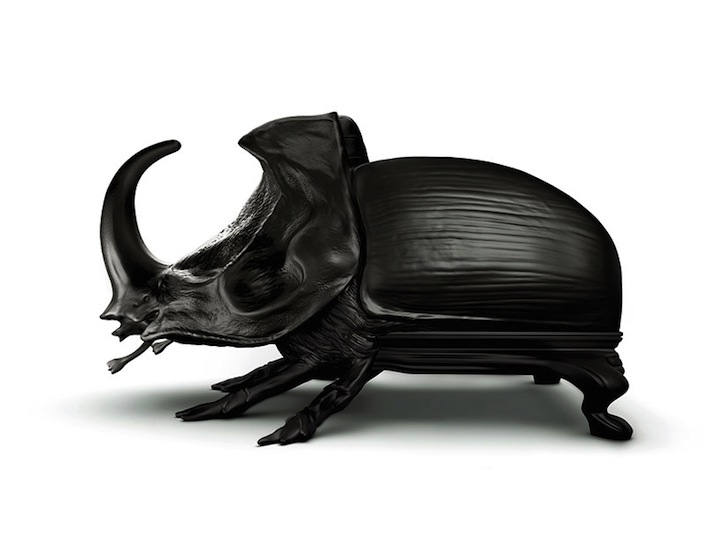