Home / ArtMcKayla Maroney is Not Impressed in LEGO Form

McKayla Maroney is Not Impressed in LEGO Form 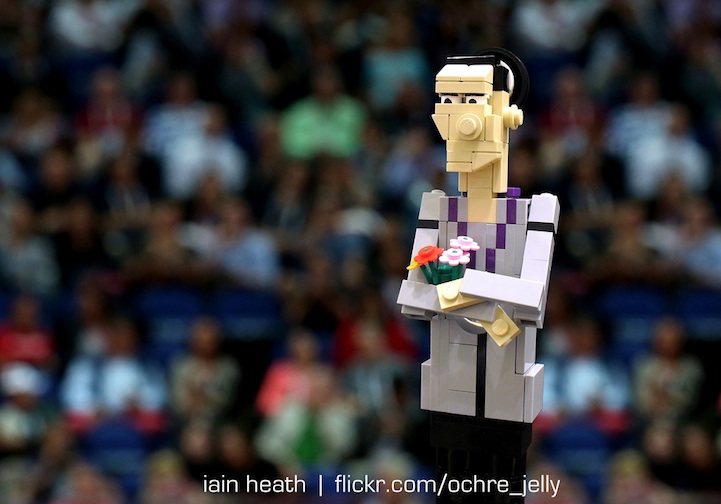 Team USA gymnast McKayla Maroney recently became a huge Internet meme when she was caught on camera with a sour-looking smirk on her face after being awarded the silver metal in the women’s vault final. There’s now even a Tumblr blog called McKayla is Not Impressed where one can check out some hilarious photos of her photoshopped into different scenes like witnessing an aurora borealis, at Oprah’s Favorite Things show, and watching Philip Phillips becoming this year’s American Idol.

Now, Seattle-based LEGO sculptor Iain Heath of The Living Brick has created her likeness in, what else, but LEGOs. As he writes, “McKayla Maroney is not impressed with being made out of LEGO.” Awesome.