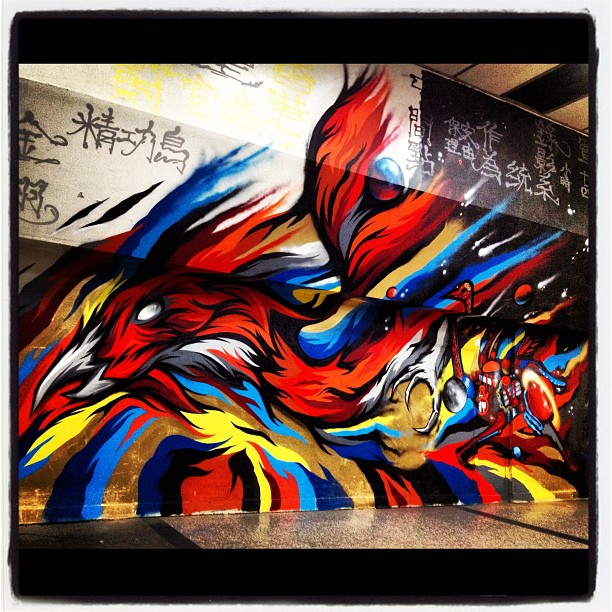 Australian street artist Meggs, in collaboration with Hong Kong locals Xeme & Sinic, created this amazing mural of a brightly colored phoenix. According to wiki, “a phoenix is a mythical bird with a colorful plumage and a tail of gold and scarlet. It has a 500 to 1000 year life-cycle, near the end of which it builds itself a nest of twigs that then ignites; both nest and bird burn fiercely and are reduced to ashes, from which a new, young phoenix or phoenix egg arises, reborn anew to live again.” 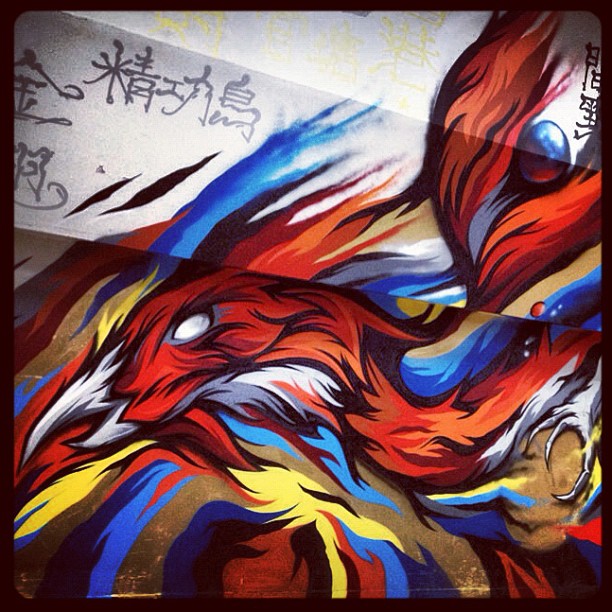 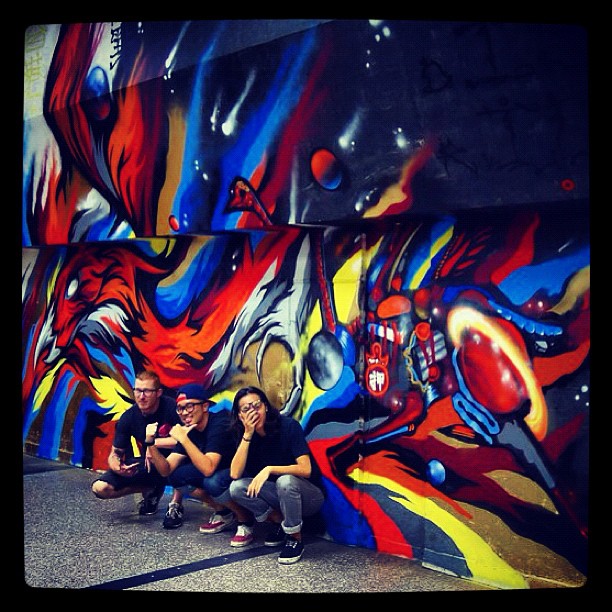