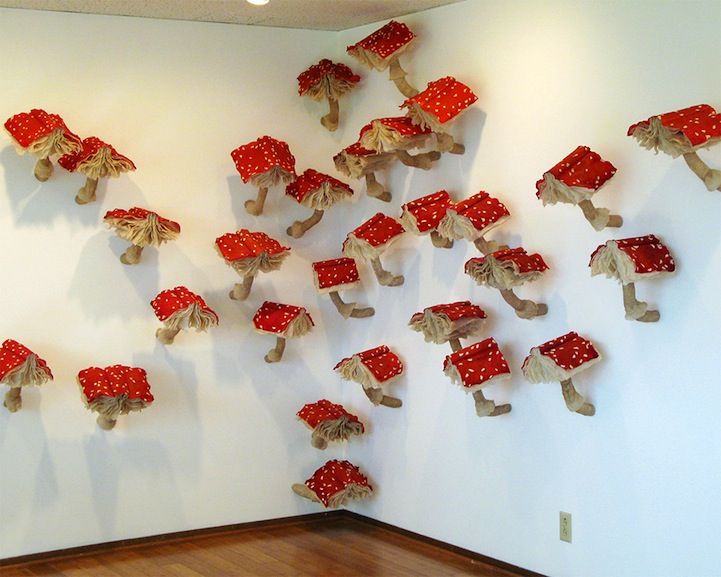 In Melissa Jay Craig's enchanting diorama, a small forest of 96 whimsical toadstools made from books bloom across two walls. The mushroom tops – or book covers, depending on how you look at the installation – are patterned after the poisonous fungi Amanita Muscaria. The artist says she has been oddly fascinated by fungi since she was a child, when she came upon a group of the orange-and-white toadstools clustered in a mysterious patch of towering pine trees. It was the first time she had “the intriguing feeling that the planet carried messages…for those who were curious enough to look.”

Far from being disgusted by fungi, Craig finds it inspiring. Because it's so prolific, often powerful enough to overthrow entire habitats, she considers it to be an “agent of change.” So, with mushrooms that look like books, she blends the power of the written word with the pervasive nature of fungi. “It's something surreptitious, uncontrollable,” she says on her website. “It lives hidden underground in familiar locales, ready to spring to life unexpectedly.” 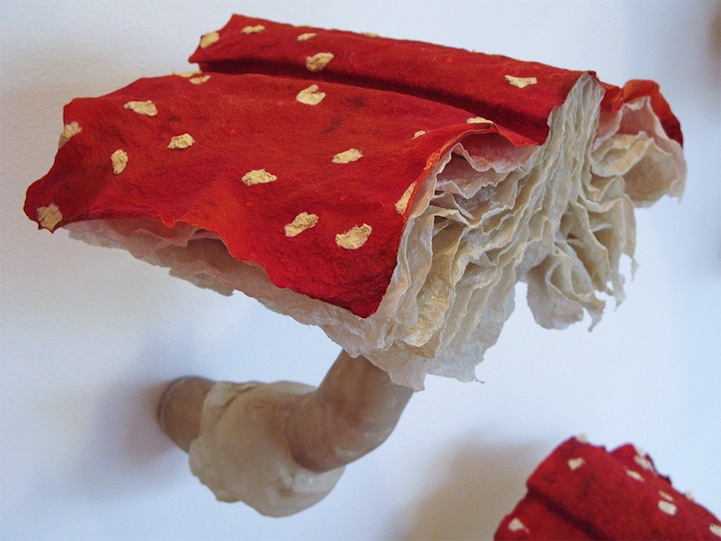 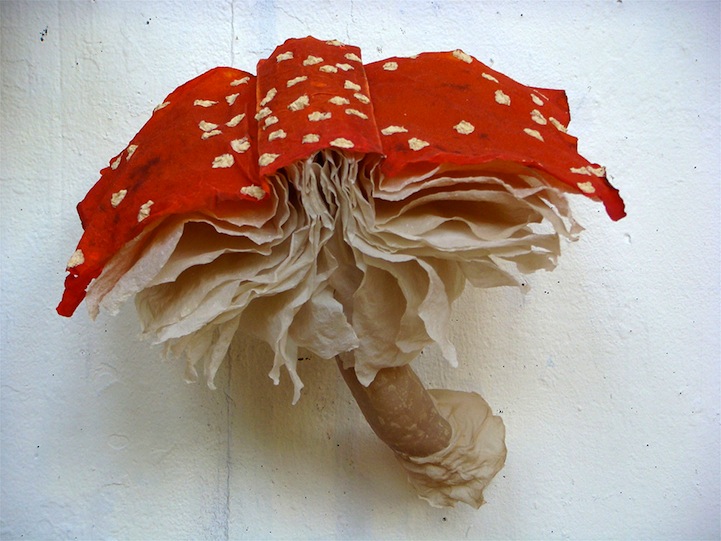 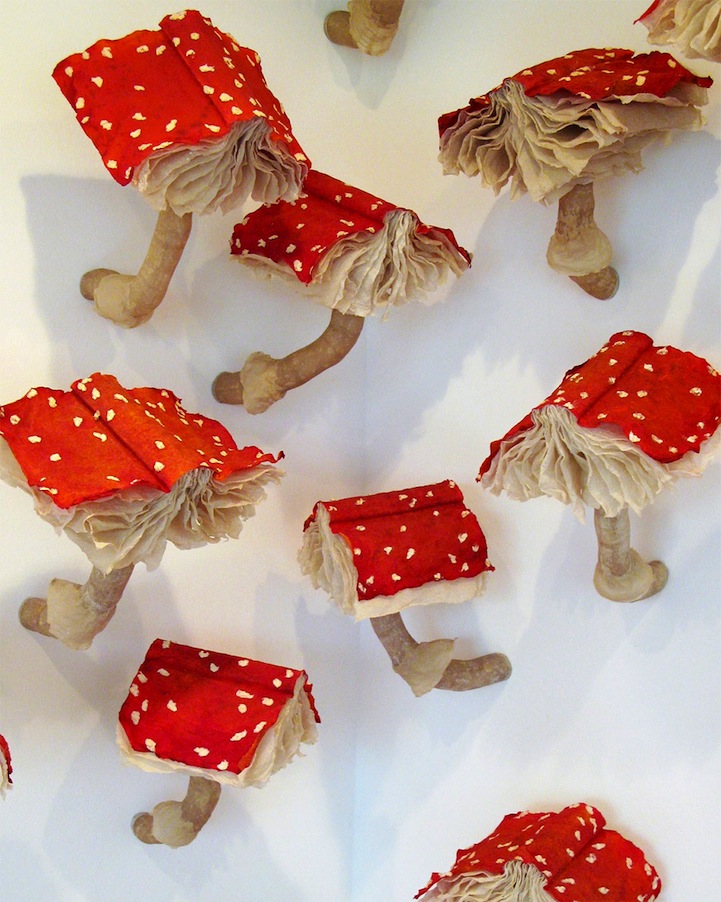 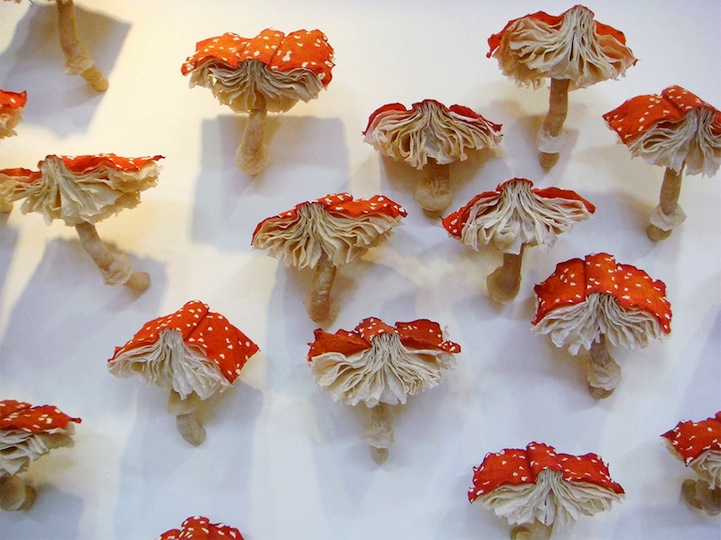