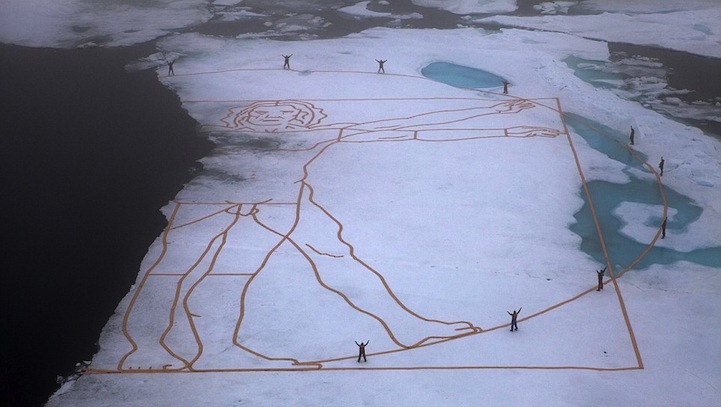 One of Leonardo Da Vinci's most iconic works is the Vitruvian Man. Created to express the human body's relationship to geometry and proportion, it has been interpreted in many forms. However, artist John Quigley's interpretation may be the largest…and coldest.

Hired by Greenpeace to raise awareness of the melting sea ice, Quigley and a team of volunteers laid out the Vitruvian Man using flattened copper. The overall size of the piece is larger than four Olympic-sized swimming pools! After the piece was constructed and pictures were taken, the team dismantled the flattened copper to be used for future goods. 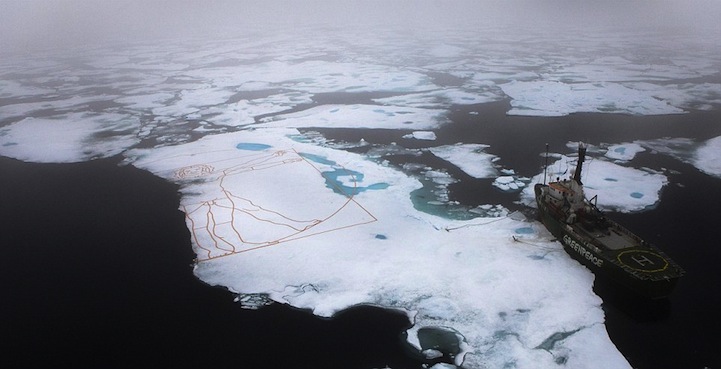 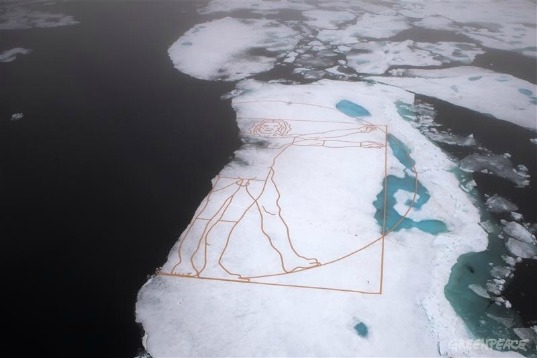