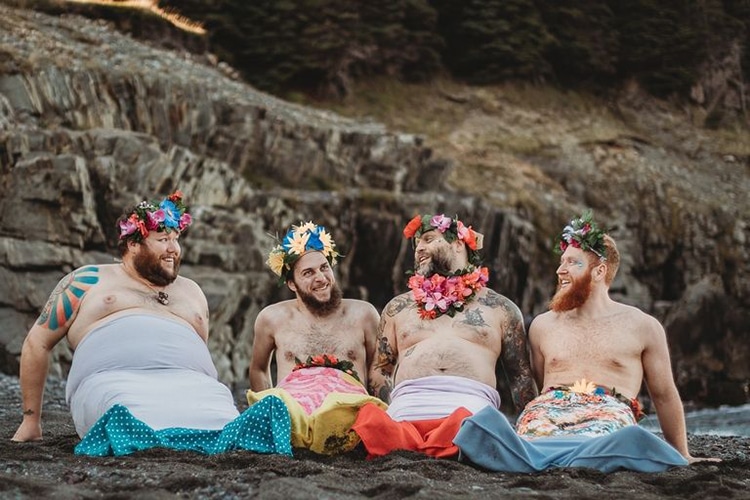 The idea for the 2018 Merb’ys calendar came from NL Beard & Moustache Club’s founder, Hasan Hai, who was inspired by a merman themed photoshoot his friend sent him on Facebook. He decided to post an “open call to the universe” on social media, searching for bearded men who would be up for being photographed wearing nothing but a merman tail. Despite the strange request, Hai received around 80 responses from willing models. In case you were wondering, the name “Merb’ys” comes from the combining “mermaid” and “b’y” (which is Newfoundland slang for“boy”).

The range of sparkly mertails not only challenged gender stereotypes, but also the models themselves. As Hai explains, “Moving around in a fishtail is not as easy as you would think.” There was “a lot of hopping” going on in between poses.

You can pre-order the Merb'ys calendar now from the NL Beard and Moustache Club website.

Bearded men from Newfoundland and Labrador, Canada pose for a merman-themed “dudeoir” calendar. 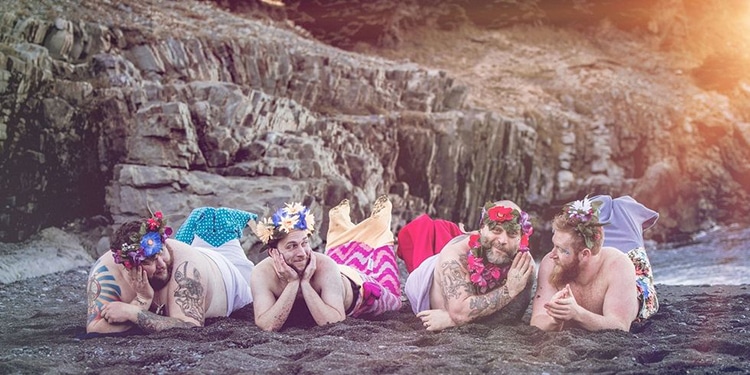 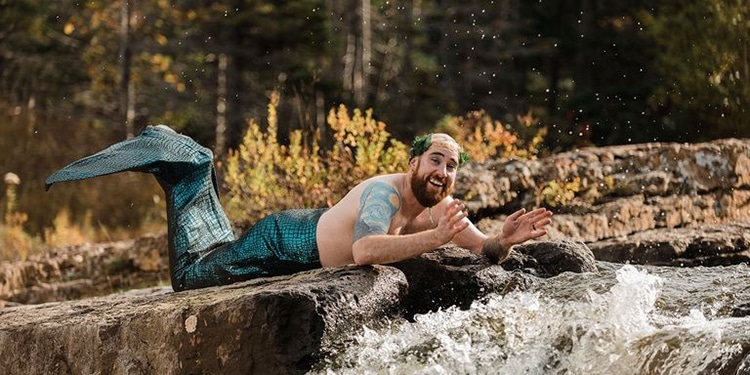 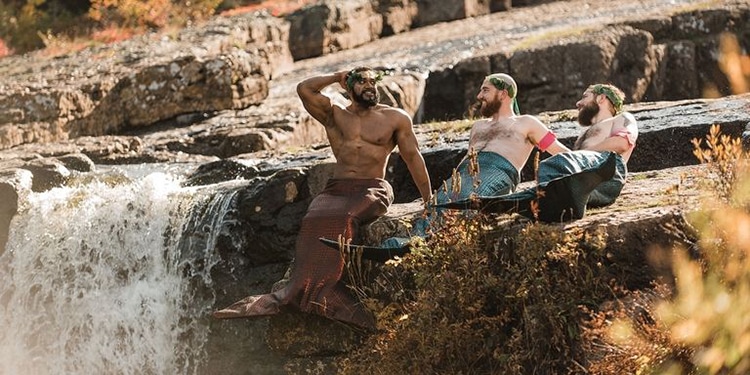 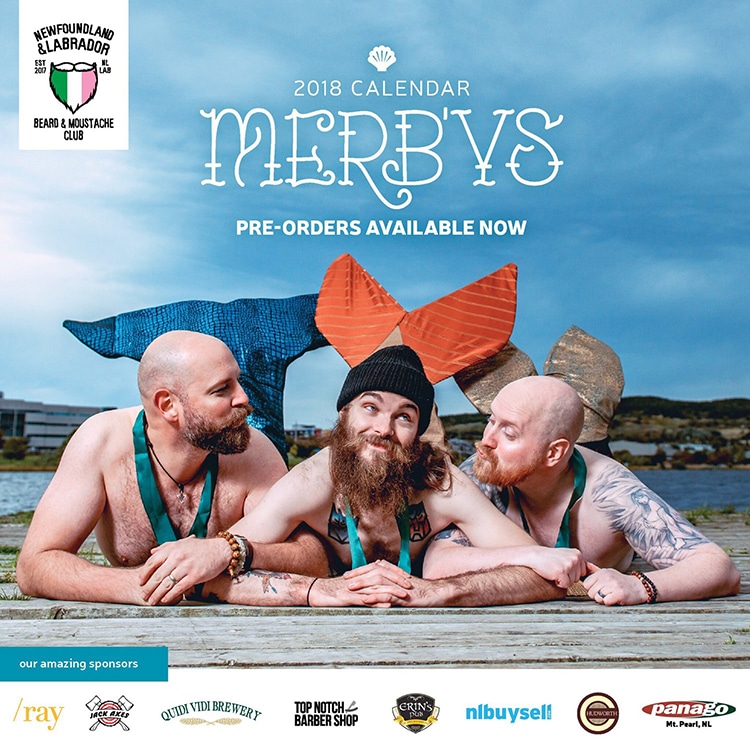 The mermen posed in pubs… 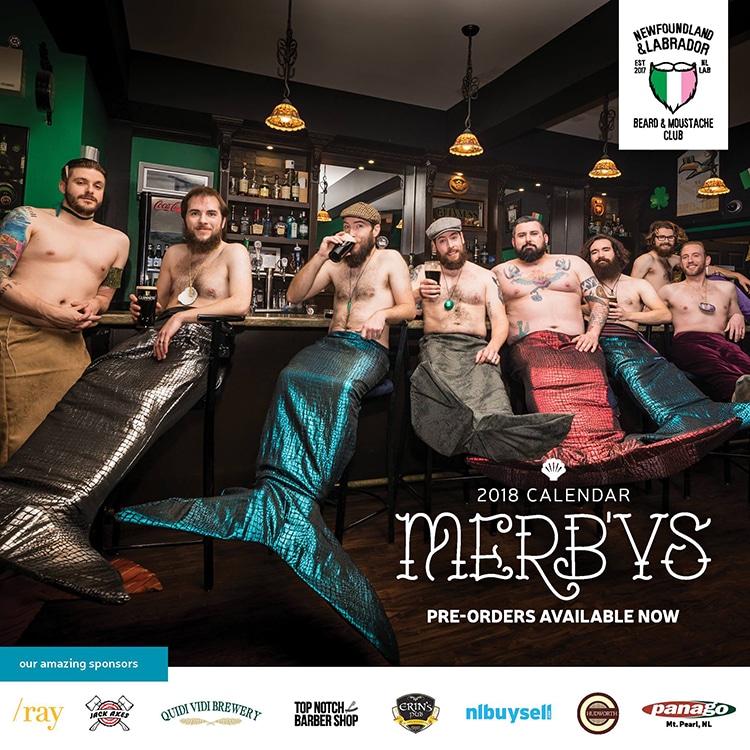 …and in pumpkin patches… 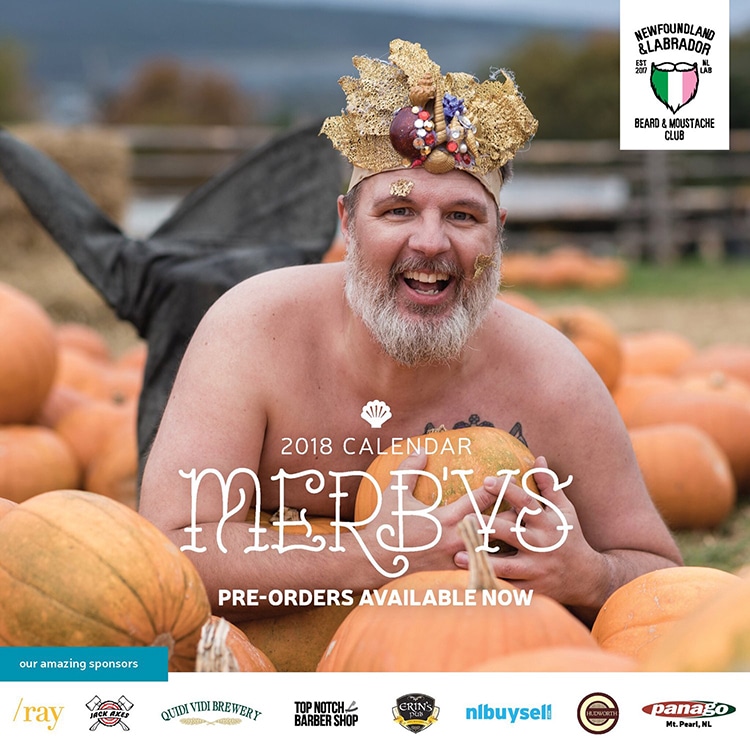 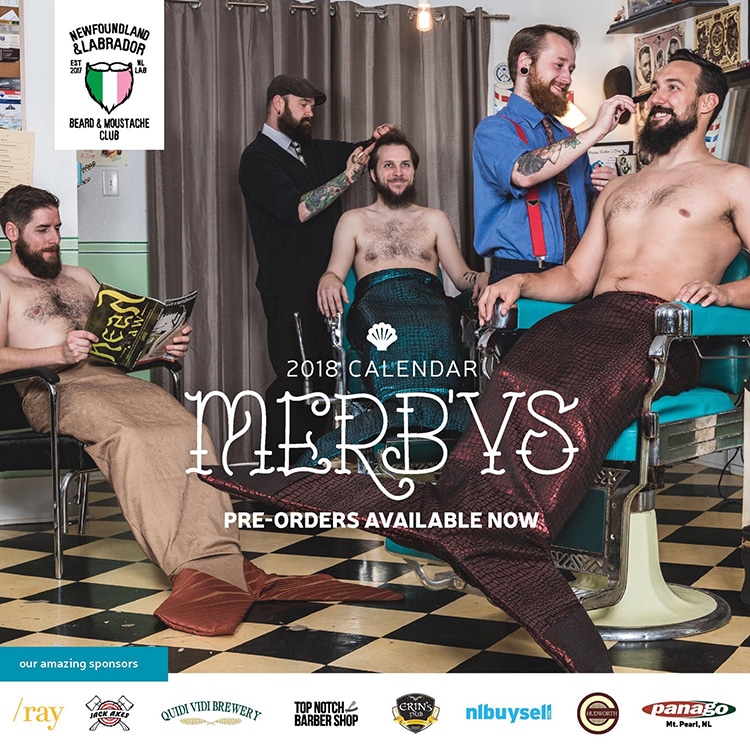 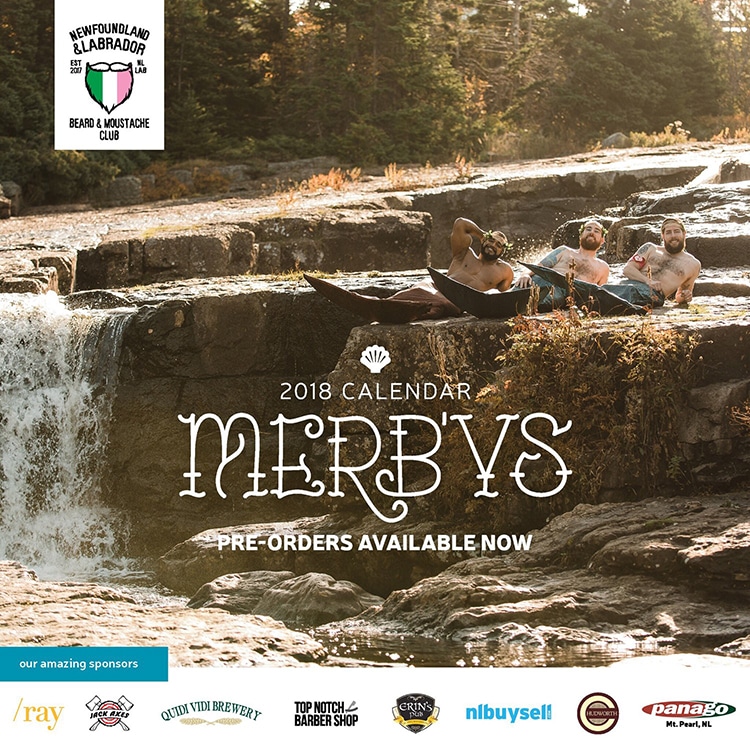