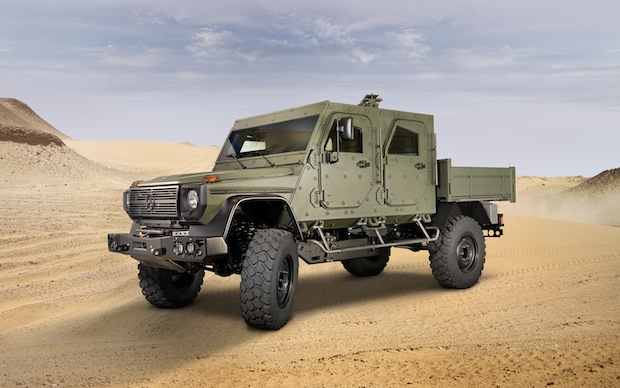 German automaker Mercedes-Benz recently announced four new, heavily armored models. All of the machines are geared toward modern wars, and the need for nimble all-terrain vehicles rather than tanks. The concepts will be first shown on June 11th at Eurosatory, a European trade show for the defense industry.

Mercedes-Benz is producing two trucks similar to armored Humvees, the LAPV 6.X and 7.X (pictured above). The 6.X is built upon the same modular system as the G-class SUV, while the 7.X uses the system from the Unimog, MB's legendary go-anywhere vehicle. Both are intended to serve as heavy duty recon trucks, with level 3 protection (enough to stop a 7.62mm shell at 30 meters). 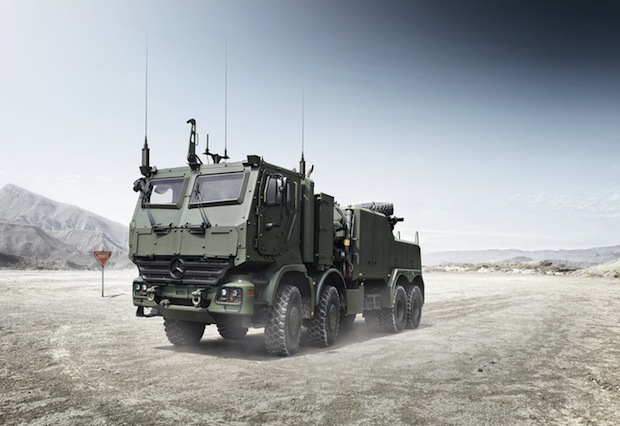 The Actros 4151 AK is an eight-wheeled, all-wheel drive “protection class” transport that offers high grade armor against artillery and landmines. It specifically provides level 4 protection against ballistics, which means enough armor to stop a 155mm explosive shell at 30 meters; and level 4b protection against landmines, enough to stop an explosion directly under the vehicle. 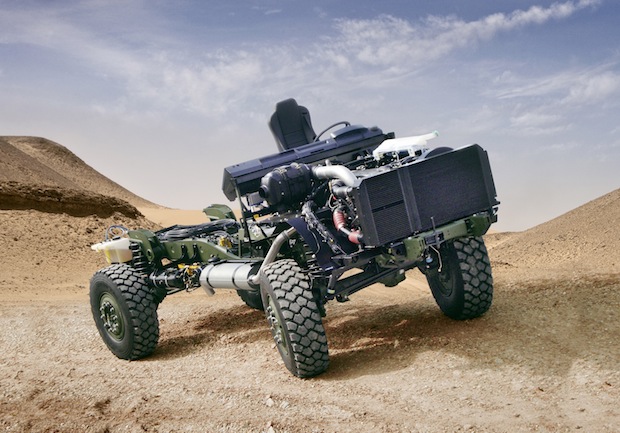 The FGA 14.5 is a chassis platform intended to be customized for specialized use. It's built on MB's G-class SUV's–which themselves were engineered to be modular, so that they could eventually be reconfigured for myriad uses.