Illusive "Mermaid Pillow" Changes Color with the Swipe of Your Hand 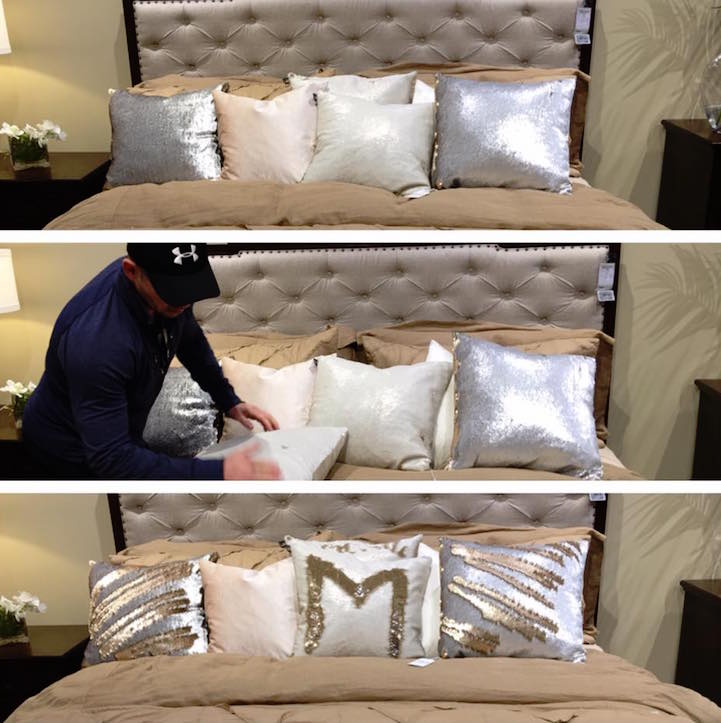 Fox 4 Dallas journalist Steve Noviello and a friend were exploring the Nebraska Furniture Mart when they came across an unusual piece of home decor known as a “mermaid pillow.” Noviello quickly began to live stream the cushions and showed close to 1,000 viewers that the item changes color when you “draw” on it with your hand. Essentially, you can flip the mermaid pillow's sequins so that the underside color becomes visible, making it look as though it's magically transforming. Then, when you're done with your design, all you have to do is push the sequins back to normal and you have a fresh canvas for new creations.

What surprised Noviello even more than the mermaid pillow was the fact that his video has now been viewed over 29 million times. “We were blown away that many people would stop what they were doing on a Sunday afternoon to watch us goofing around with some pillow,” he told BuzzFeed. “I've been a TV journalist for almost 20 years, I have six Emmys sitting on the shelf, and the most watched piece of video that I will probably ever produce in my career is about some pillow.”

Thanks to the mermaid pillow's newfound popularity, many are looking to get their hands on them for their homes. At Nebraska Furniture Mart, they cost at least $99.99, but they're currently doing a Facebook giveaway that ends on January 14th. There are also cheaper designs, like this $39 one on Amazon, and you can even buy $30 fabric to DIY your own. 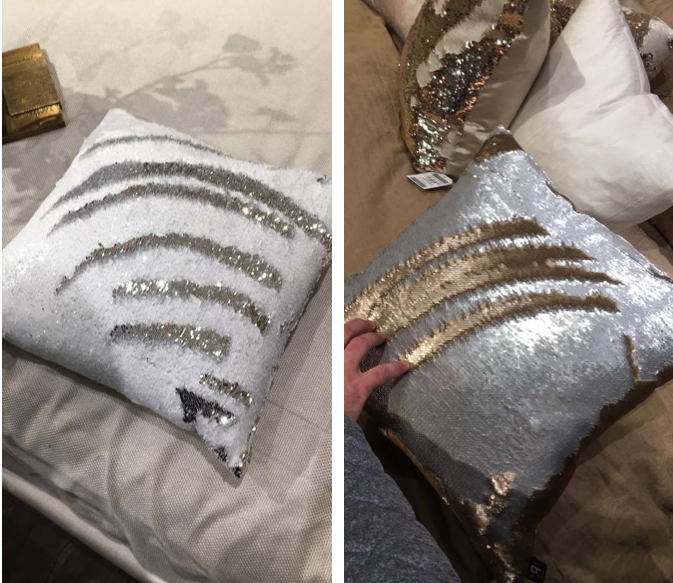 All photos and video via Steve Noviello.