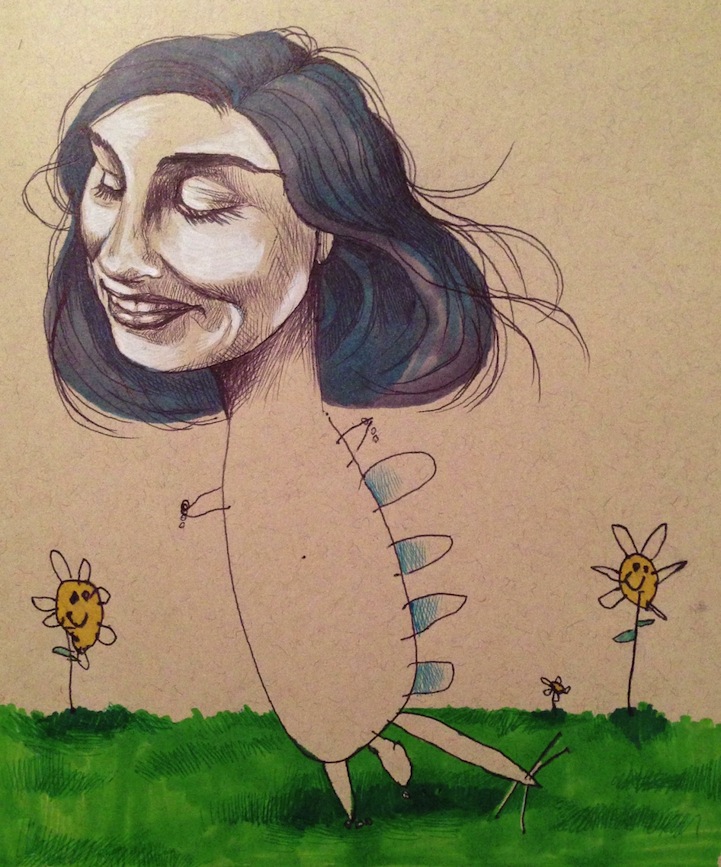 Illustrator Mica Angela Hendricks loves drawing faces inspired by old black and white movie stills, but what she didn't realize she was missing was the imaginative touch of her 4-year-old daughter. One day, while she was pulling out one of her precious sketchbooks, her daughter caught a glimpse and asked if she could draw in it. Hendricks, who's very protective of her art supplies, was overpowered by the tiny artist and decided to share her work with her daughter.

Hendricks explained that she was about to draw a body for one of her faces. The little girl insisted that she could draw it instead. The doting mother complied and wound up being very thankful for her decision, saying, “Not surprisingly, I LOVED what she drew.” In a blog post, the illustrator says, “It was such a beautiful combination of my style and hers. And she LOVED being a part of it. She never hesitated in her intent. She wasn't tentative. She was insistent and confident that she would of course improve any illustration I might have done.  …And the thing is, she DID.”

Hendricks began drawing heads with the intention of collaborating with her daughter and admits, “Since I am a grownup and a little bit (okay a lot) of a perfectionist, I sometimes would have a specific idea in mind as I doodled my heads. Maybe she could make this into a bug! I'd think happily to myself as I sketched, imagining the possibilities of what it could look like. So later, when she'd doodle some crazy shape that seemed to go in some surrealistic direction, or put a large circle around the creature and filled the WHOLE THING in with marker, part of my brain would think, What is she DOING?!? She's just scribbling it all up! But I should know that in most instances, kids' imaginations way outweigh a grownup's, and it always ALWAYS looked better that what I had imagined. ALWAYS.”

A selection of the mother-daughter collaborative illustration are now available to purchase as prints on Society6. 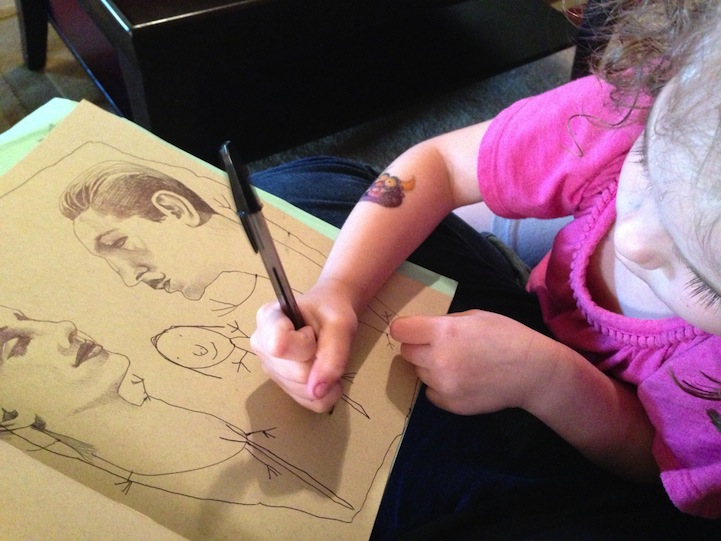 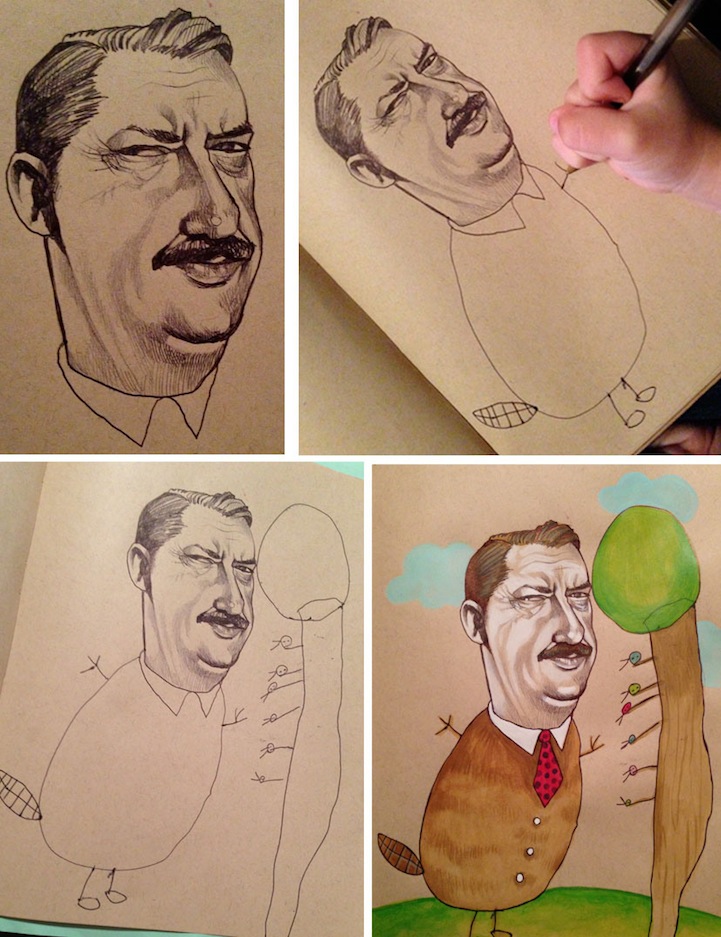 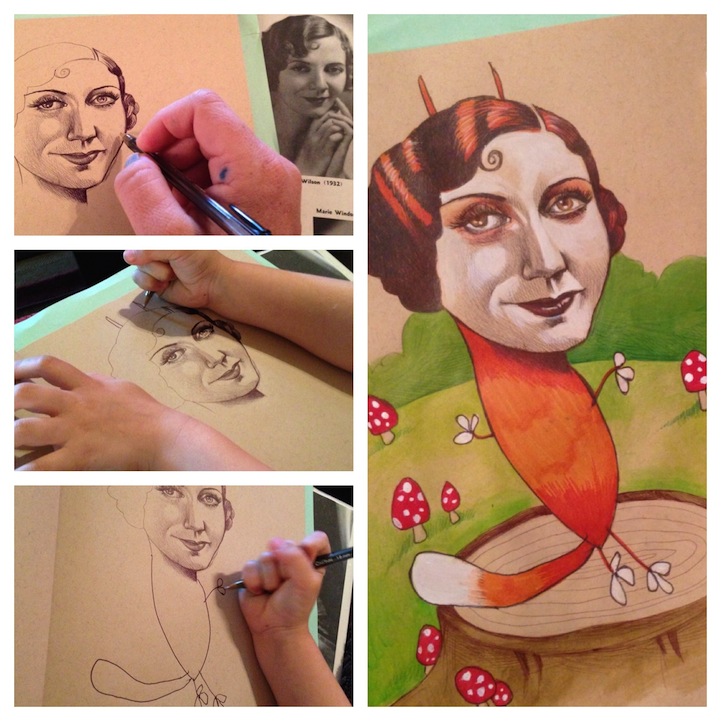 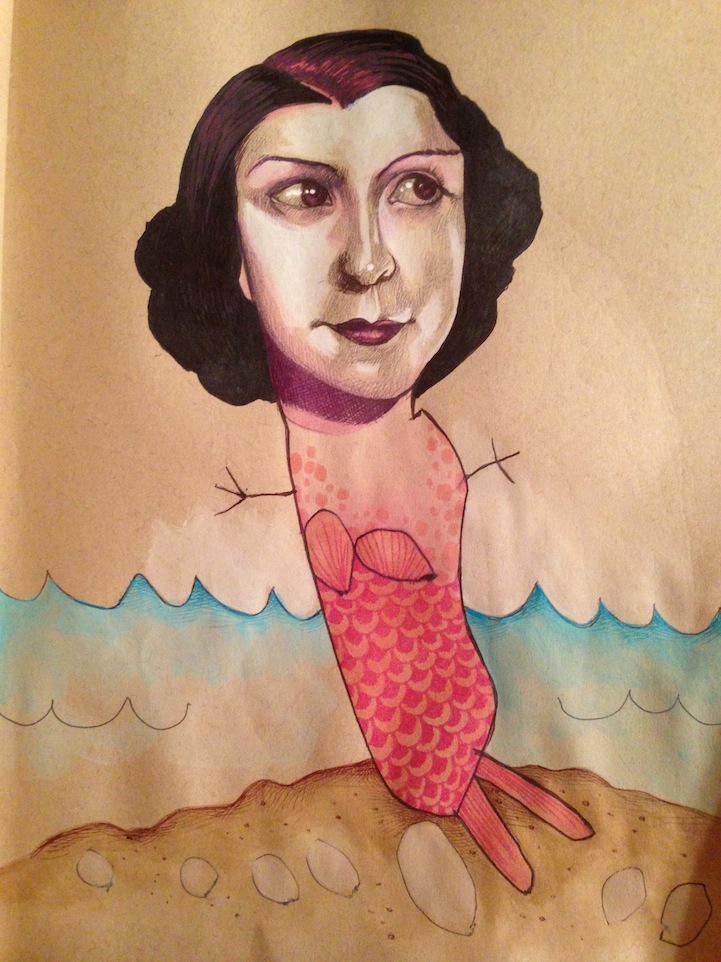 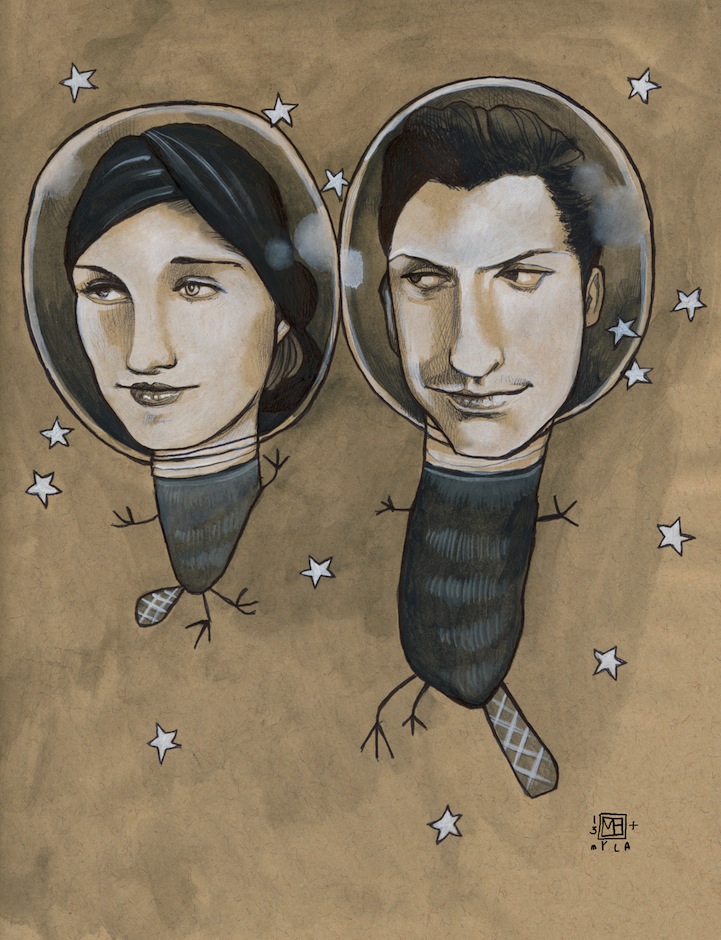 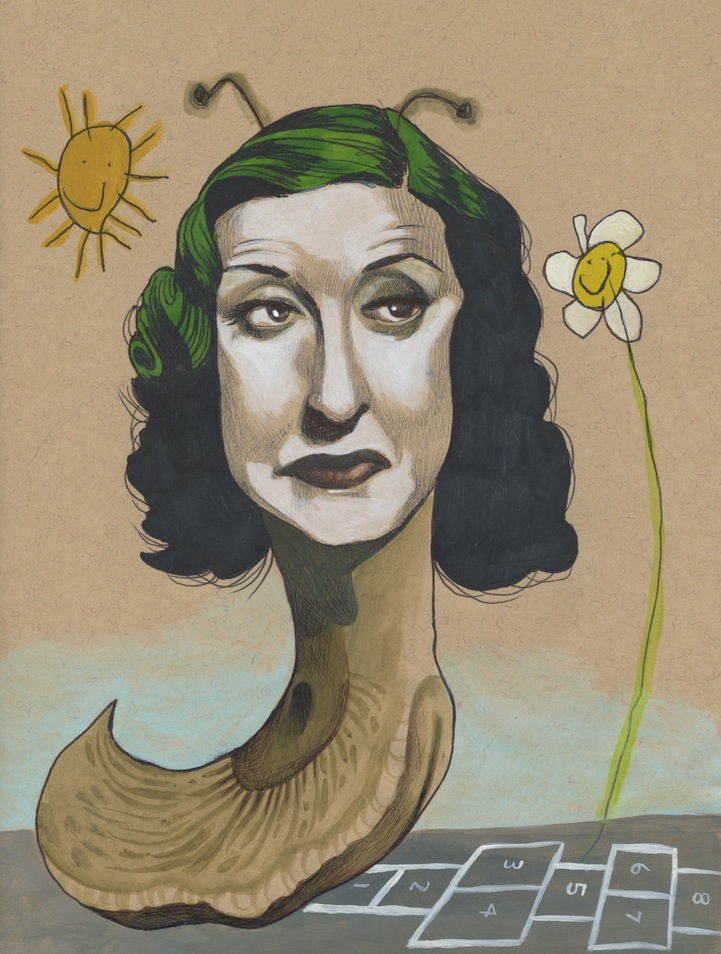