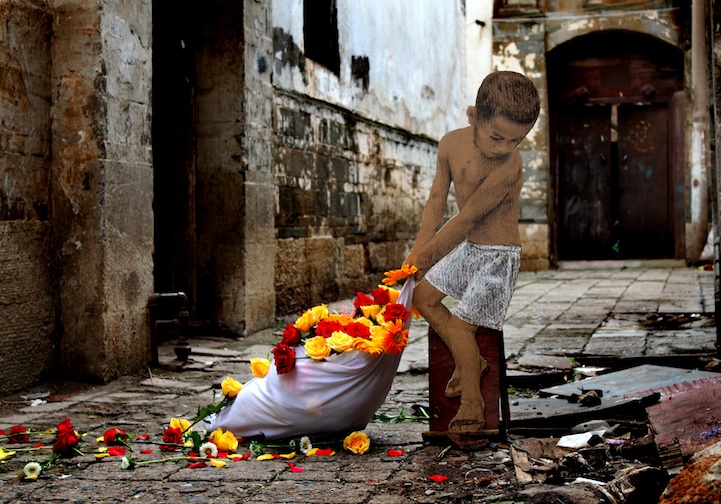 We first came across artist Michael Aaron Williams' street art back in December 2010, his cardboard cutouts of the homeless touched us on an emotional level, especially when we learned about why he decided to start down this creative path. He told us then, “If I am going to go all out and do something I want it to either help people or have a significant impact on people. I hope that the homeless street art will continue to draw attention to the fragile condition of the homeless and street children.”

Williams dreams of someday have an orphanage in Thailand to help children get off the streets and into a nurturing home. It was a year and a half later that Williams started a Kickstarter campaign where he hoped to make enough money to take a trip to Asia so that he could make some sort of immediate impact. After it was successfully funded, Williams went on that trip and came back with these wonderful photos.

As he wrote, “I just wanted to follow up and show you some of the street pieces I did throughout Asia. We ended up going to Thailand (for a long time helping out at a children's home for hill tribe children) and South Korea and China. There are a lot of videos from the trip that really show how these interact with the community. This one shows you the girl that I drew for the picture. She is from the Hmong hill tribe in the north of Thailand and she is adorable.” (If you're short on time, watch from 2:00.)

Each piece is inspired by an actual child living in an orphanage or on the streets. “Many of the kids' parents died of AIDs or their parents are in jail or some parents just can't take care of them,” Williams says. His or her hope-filled story is told through the beautiful piece. For example, in Finding Beauty (immediately below), Williams says, “This is a story of a boy named Chai. When the Children's Home first received Chai and his brother Lee their stomachs were swollen from malnutrition. They had to steal coins from the shrine to Buddha in their village just to buy food. Both boys were sick from lack of hygiene and nutrition. This piece shows how difficult circumstances were thrown at Chai to try and destroy him, but he seeks out the beauty and focuses on that instead.”

For another piece, this one in Bangkok, Thailand, Williams called it Golden Gloves saying it represents “the importance of the fight for street children.” 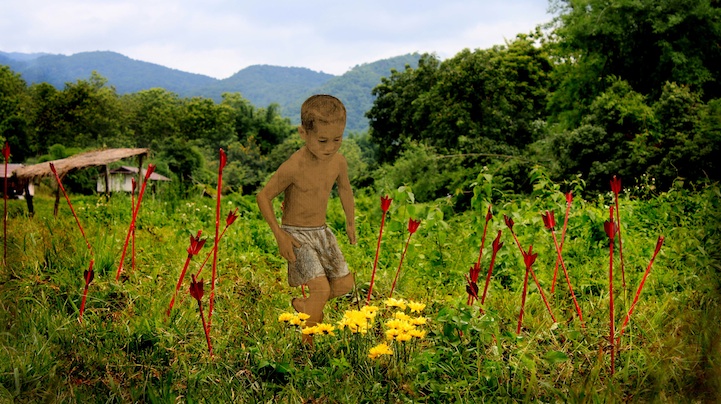 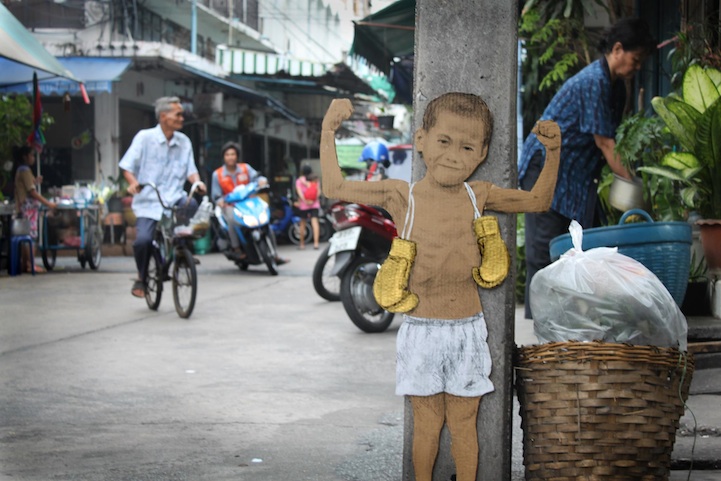 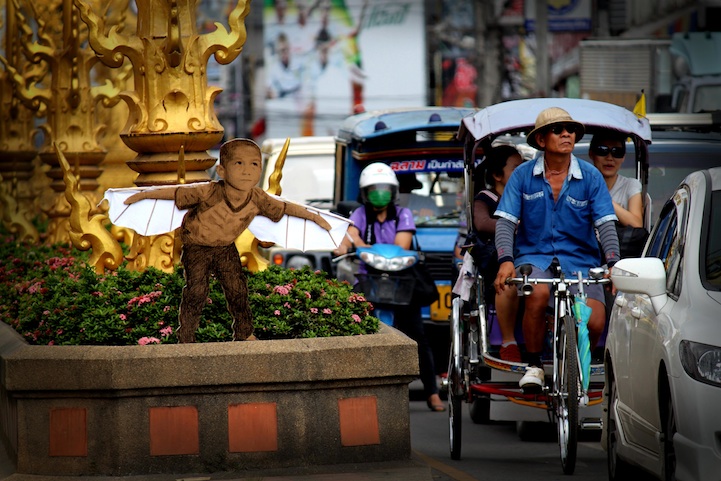 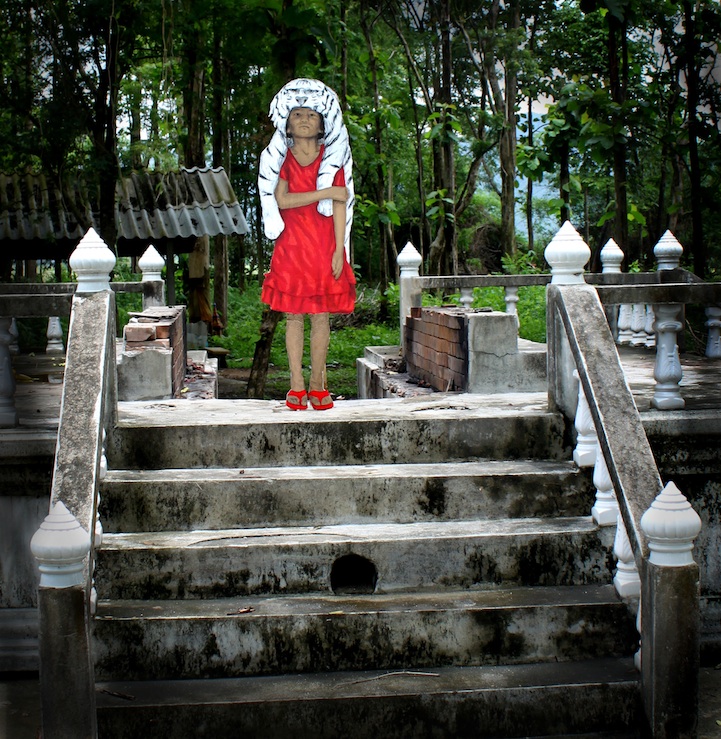 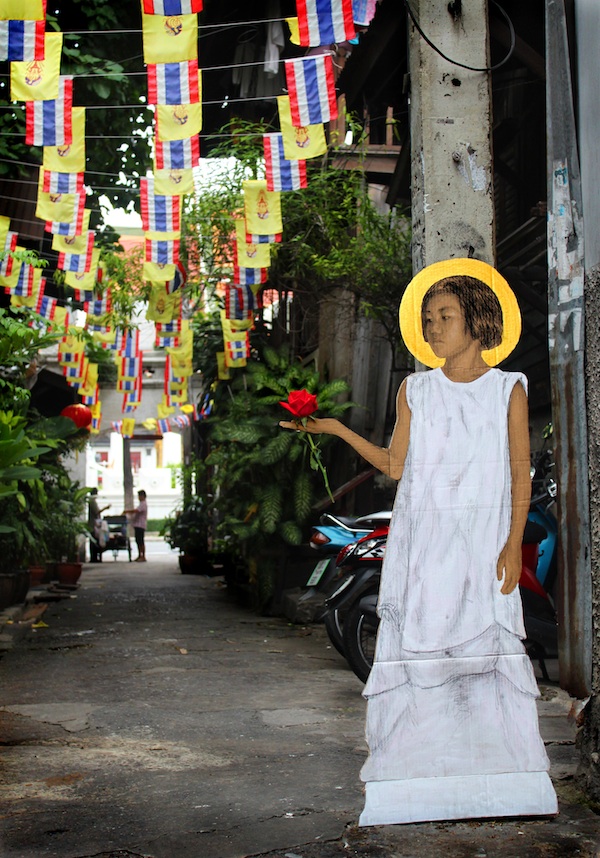 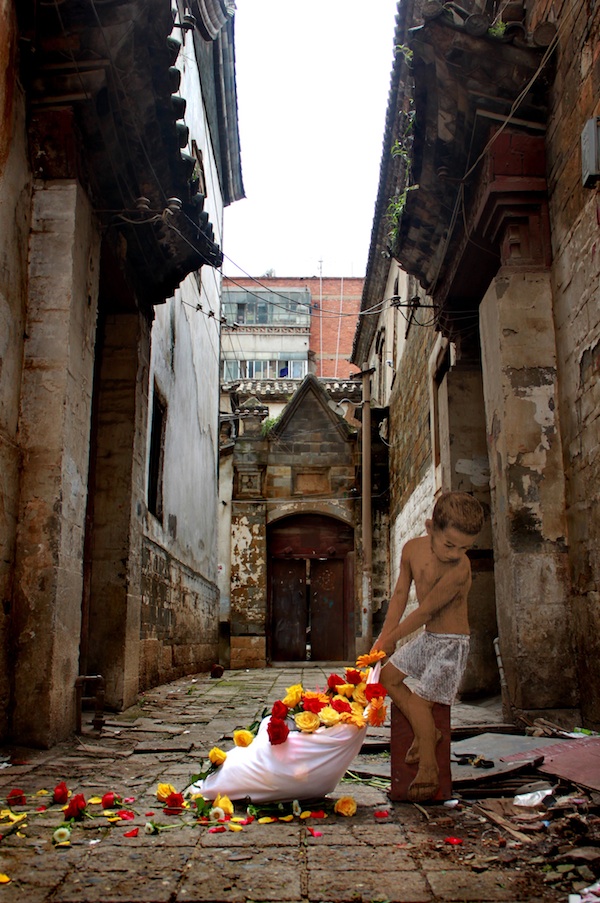