Kickstarter Campaign for More Street Art Around the World 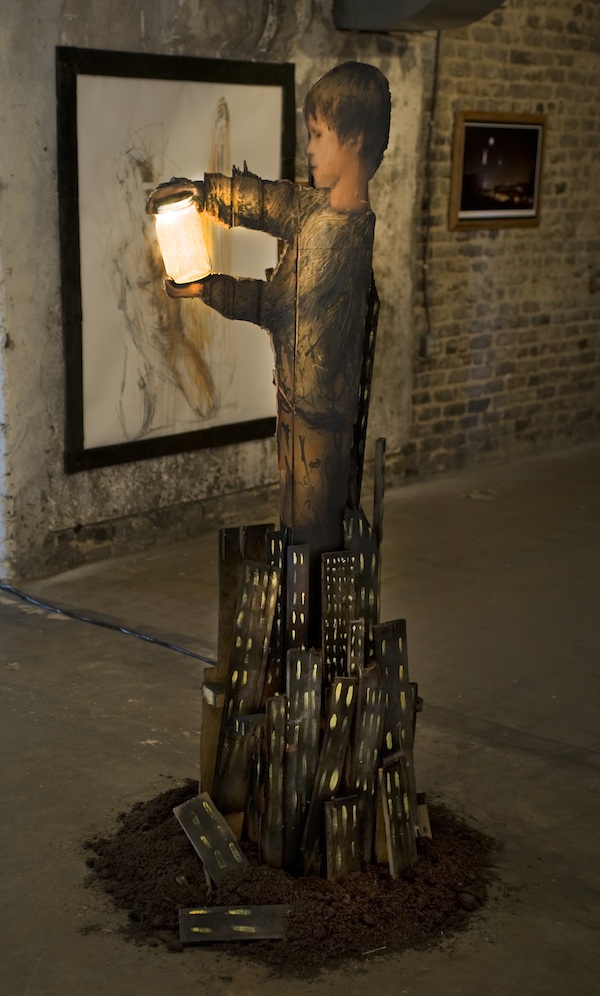 Street artist Michael Aaron Williams just reached out to us to tell us about a new Kickstarter campaign where he's asking contributors to donate a small sum so that he can travel to Asia, particularly Thailand, where he'll create his beautiful stencil characters as well as portraits of the people there. You may remember Williams from this post, when we interviewed him about his heartbreakingly beautiful cardboard characters.

In just the fist 24 hours, he's reached his goal of $6,000, mainly from two major backers who've asked him to create street art in their cities. In addition to Thailand, he'll now be traveling to China. Make sure to watch his video to hear his great story.

“My street art is purposely made fragile, just like the people that it represents,” he says. “It is drawn or painted on the cardboard and is then attached to the wall with high tack mounting tape. This allows the piece to be taken off the wall by any passerby and put up in their home. This way, the piece survives or otherwise they would be destroyed by the harsh environment on the streets. So, in a way, it is an analogy for the homeless and street children. If we do nothing, then they too will be left on the streets and cease to exist.”

With 32 days to go, Williams could still use our support. Backers will get everything from limited edition prints to an actual sculpture (seen above). 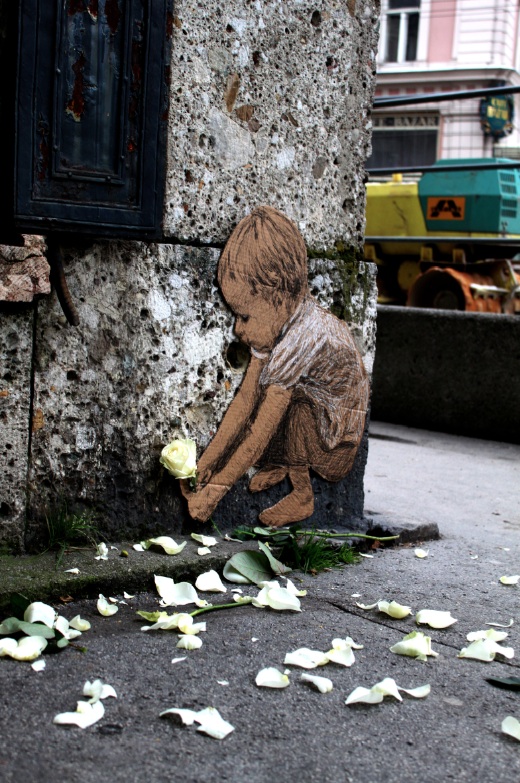 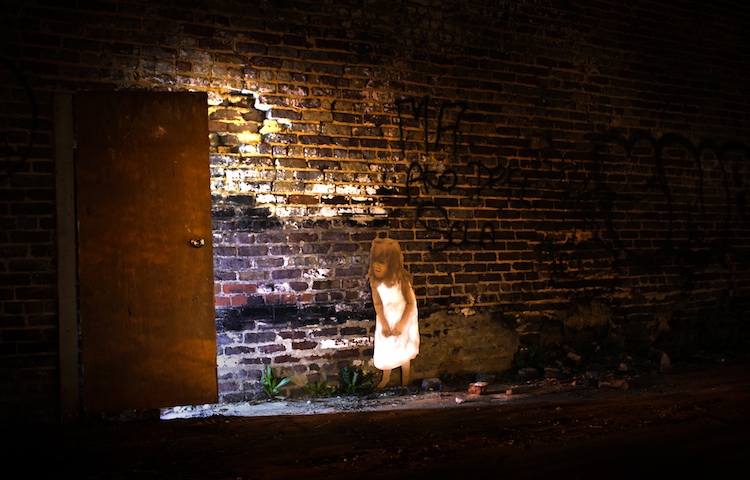 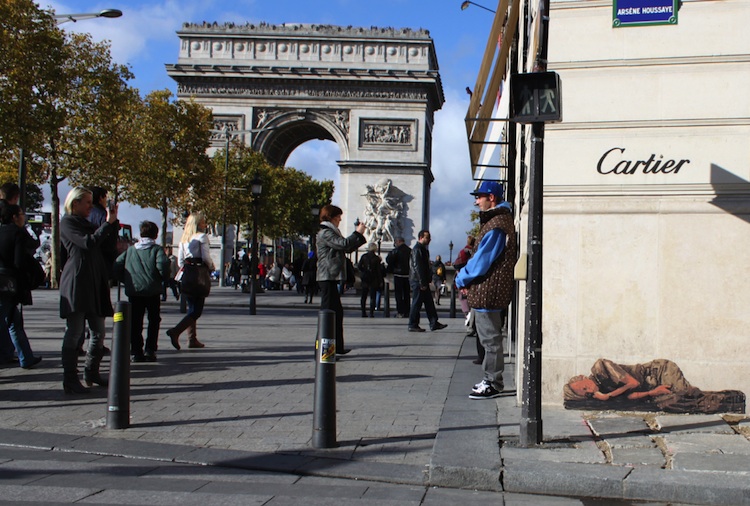 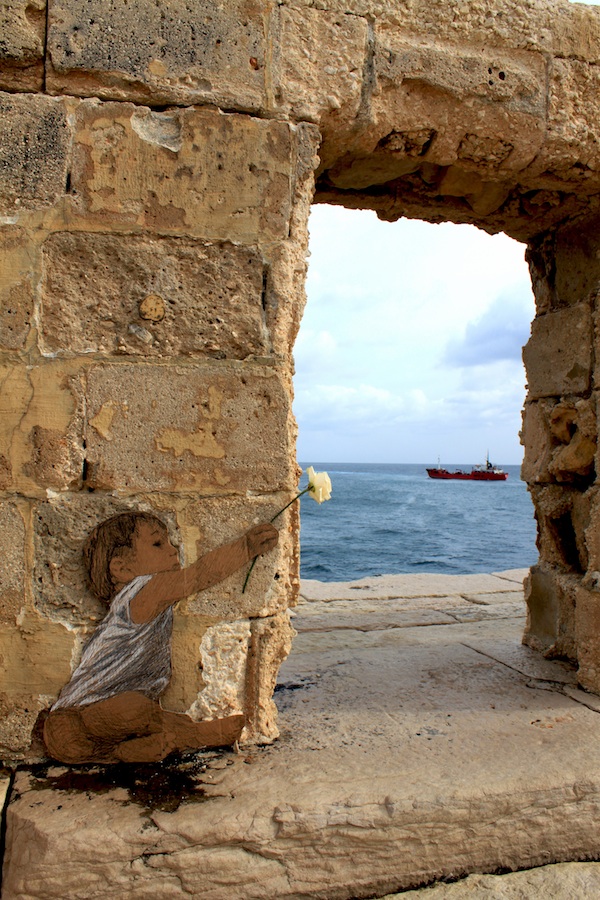 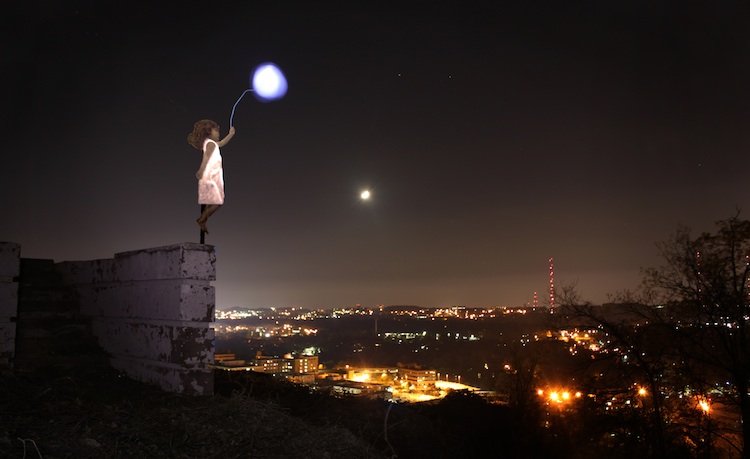