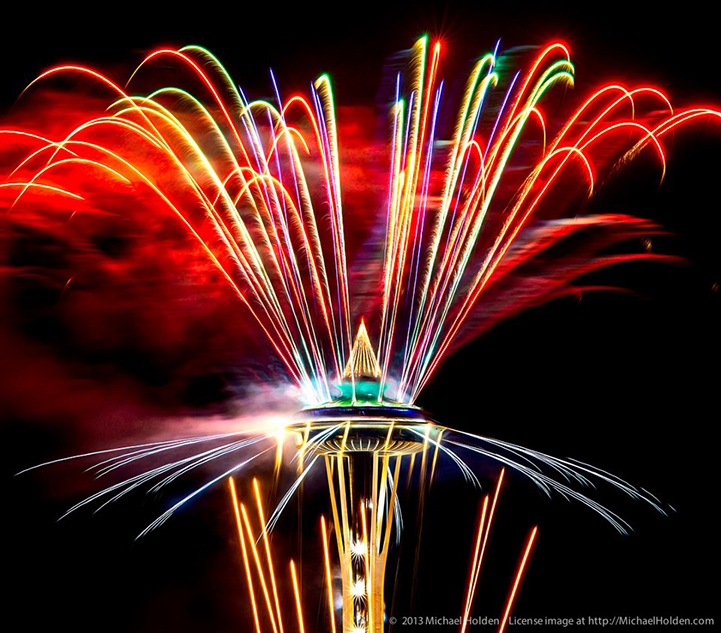 Anyone who has ever attempted to photograph fireworks knows that this is no easy task. Seattle-based photographer Michael Holden is one of those talented artists who has mastered the technique of capturing gorgeous streaks of light as they burst across the sky.

To ring in the new year just a few days ago, Seattle hosted a fireworks display atop the iconic Space Needle landmark. Holden's series of images features the celebratory smattering of colors and explosions that lit up the night sky in the very first moments of 2013. He says, “I make photographs that capture the essence of a particular place, a special moment in time, as you might see in a dream, or how you might remember it decades from now.” He certainly documented the first seven minutes of 2013 in this exceptionally stunning and memorable collection of photographs.

Built in 1962, the Space Needle has stood in Seattle for 50 years, and this entertaining fireworks tradition, which began in 1992, has been taking place for three decades. 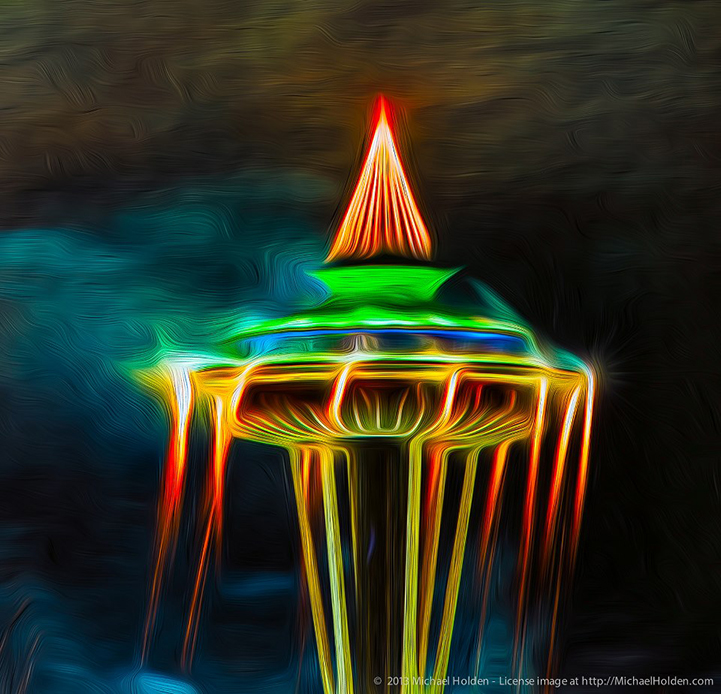 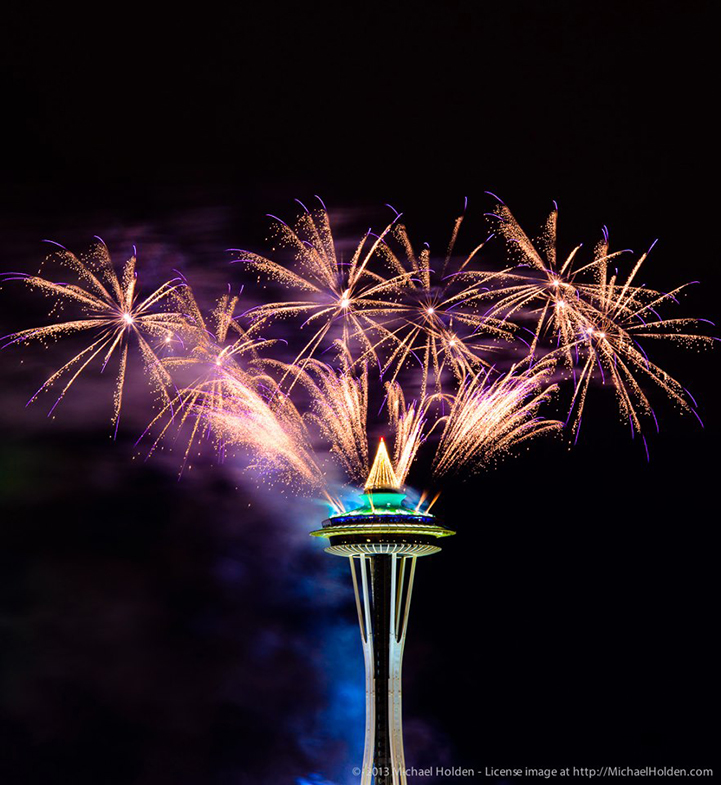 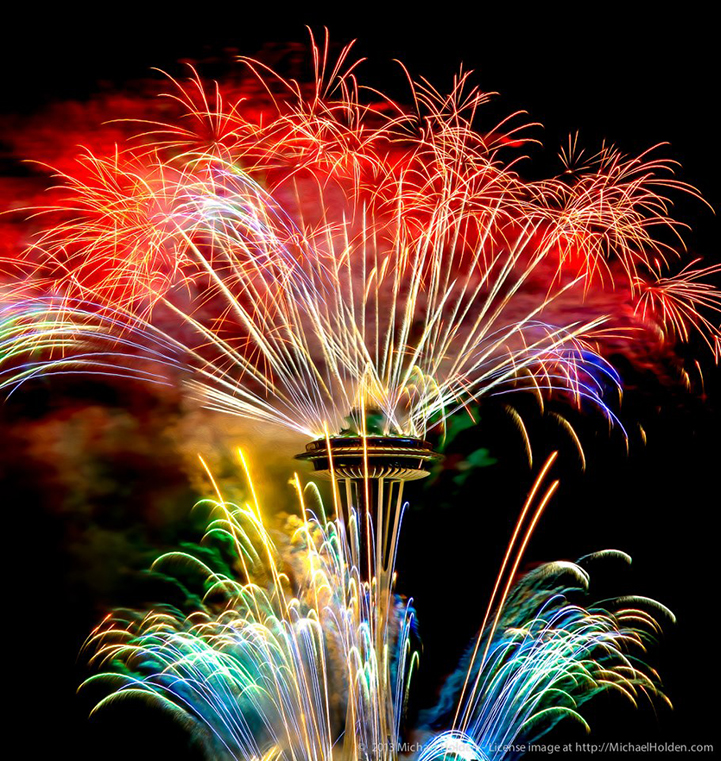 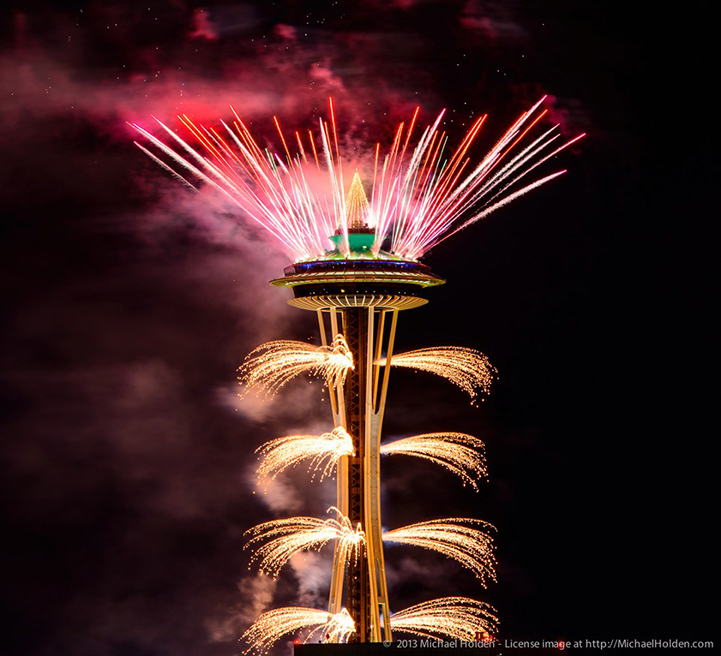 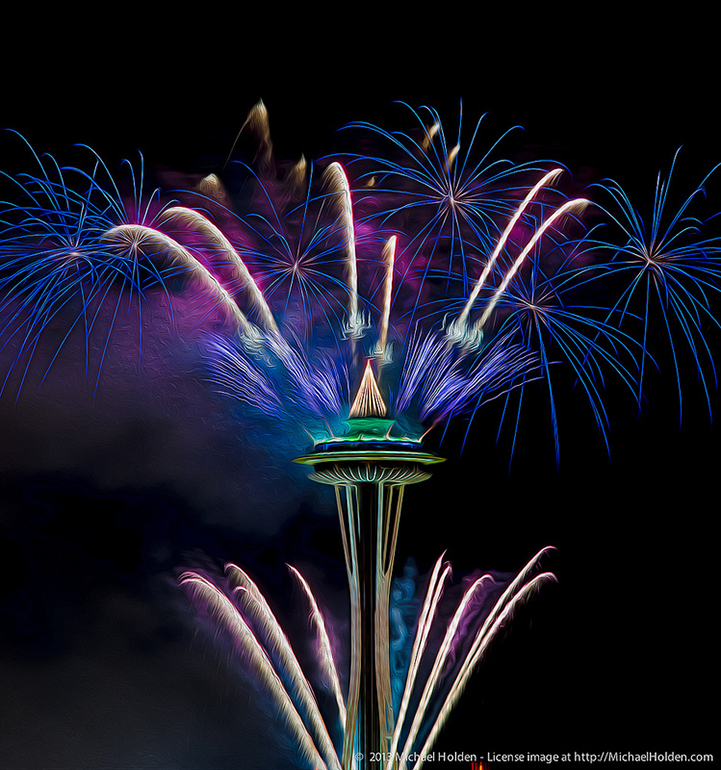 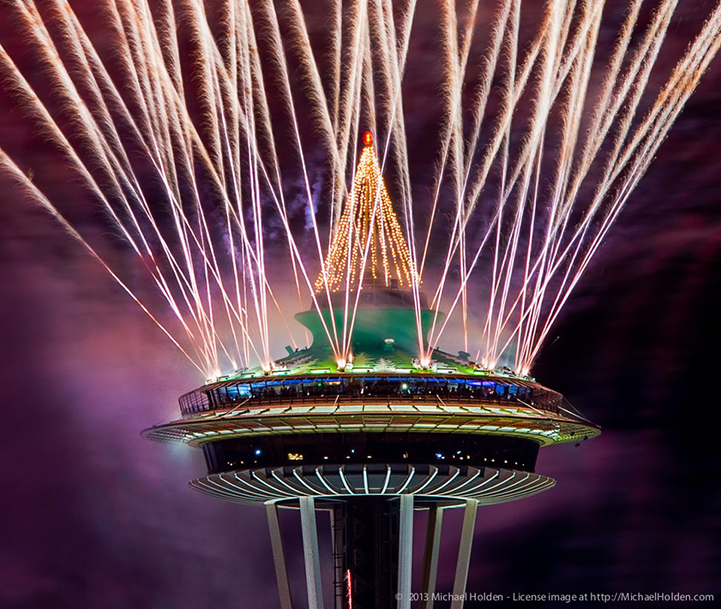 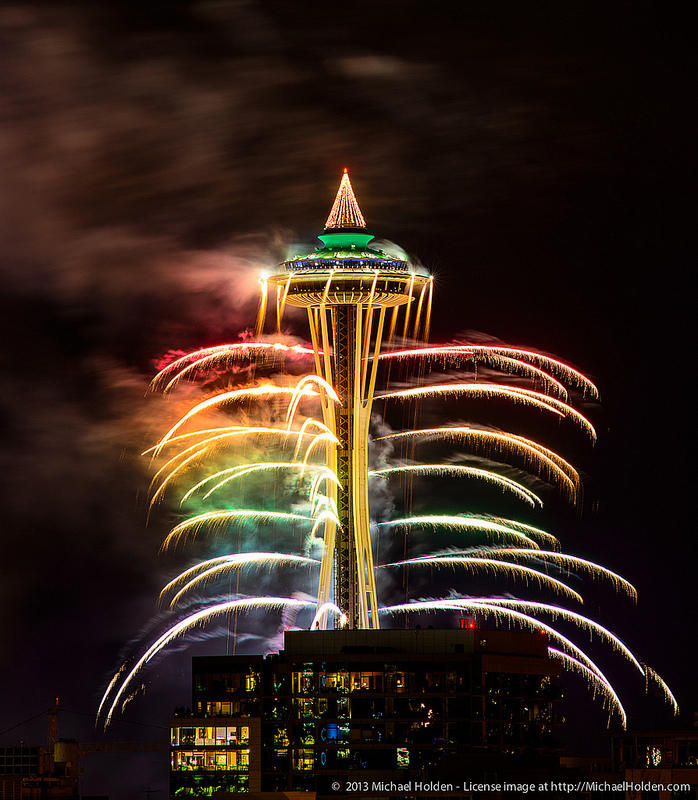