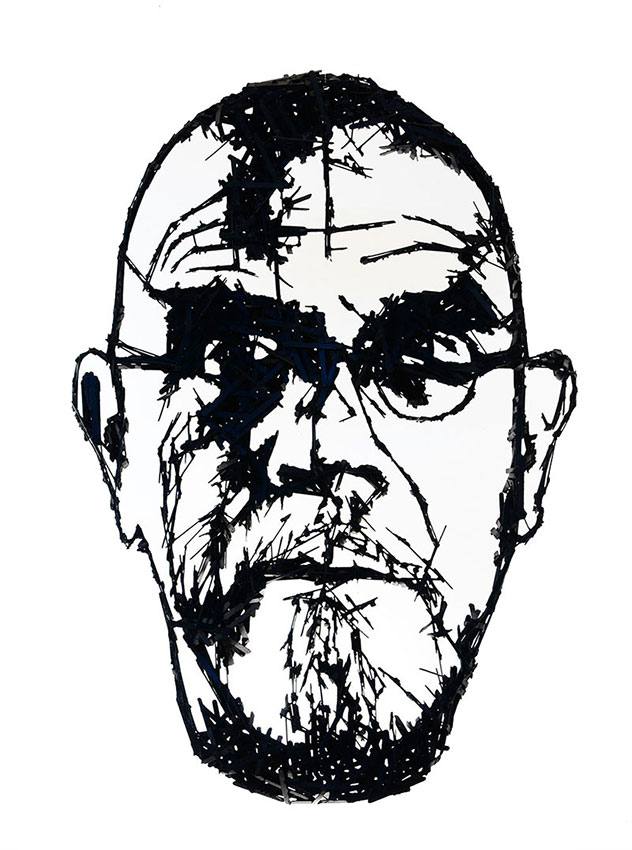 Artist Michael Murphy, who's best known for his incredible multi-layered sculptures – has created a very cool portrait of American artist Chuck Close with a material you wouldn't quite expect. For the Space//Form exhibition at Breezeblock Gallery in Portland, Oregon going on from now till September 29, the stunning piece, that resembles a painting or drawing, is actually a 3D sculpture made out of 5,000 popsicle sticks!

Space//Form is a group exhibition about architectural landscape. It brings together the works of over 100 young contemporary artists who were each given an identical 1010 inch panel and invited to create a work inspired by landscape (urban or natural). Murphy took on the challenge, and here's what happened next.

“I immediately began researching the natural and man-made landscape of Portland which, at the time, I was pretty unfamiliar with,” Murphy tells us. “The steel bridges of Portland immediately caught my eye. They reminded me of the steel bridges I grew up with in Youngstown, Ohio. I decided that I wanted to make a popsicle stick construction that was similar to the bridge structures. I liked the idea of creating a portrait for a show based on landscapes, borrowing specific elements from the landscape to create the image.

“I've always wanted to do a portrait of Chuck Close. Like mine, his work straddles the border between abstraction and realism and I feel a certain kinship with him. I liked the idea of creating a portrait of a portrait artist.”

After seeing this piece, if one of the first questions that popped in your head was,”Did he actually eat 5,000 popsicles?” you're not alone. The answer to that is (sadly) no. “The popsicle sticks were purchased at a grocery store near my house in Georgia,” he says. “I like using the sticks because they are a very basic material, a ready-made finished building unit. They are a rather mundane, low-brow material that is transformed when creating something precise.” 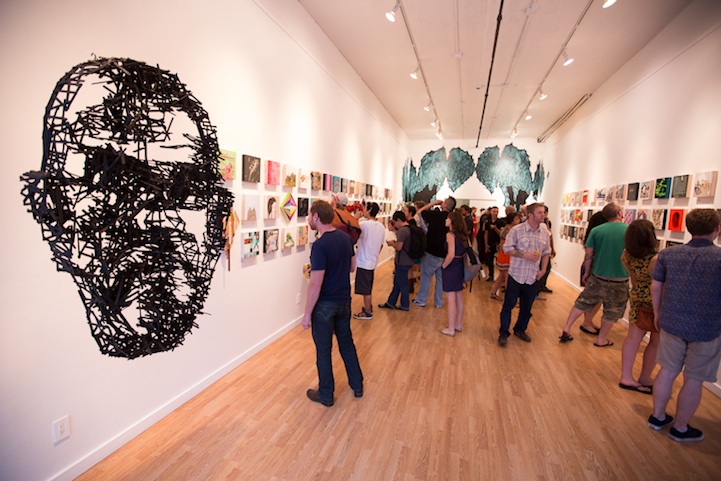 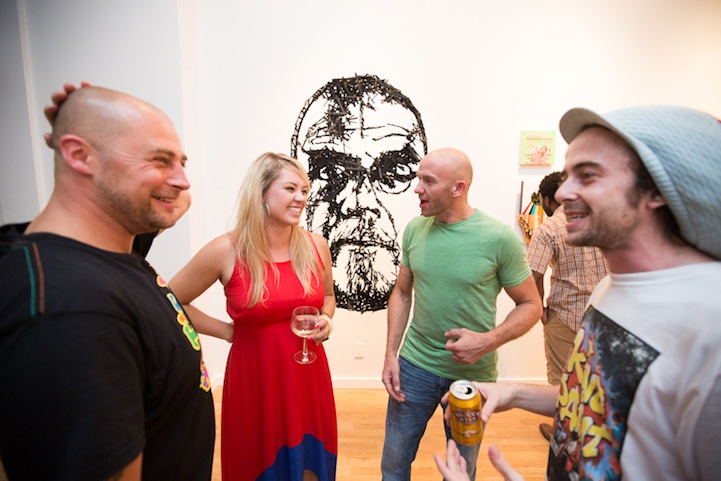 In addition to this piece, Murphy created a 10″ X 10″ work of an anamorphic heart that's bursting off of the wall. Entitled “Twist,” it looks like a regular heart from one specific vantage point and a crazy claw, or what Murphy calls, “a torn out body part” in another. “This work is about the unexpected twists and turns that often occur in one's life, namely in regards to romantic relationships,” he says. 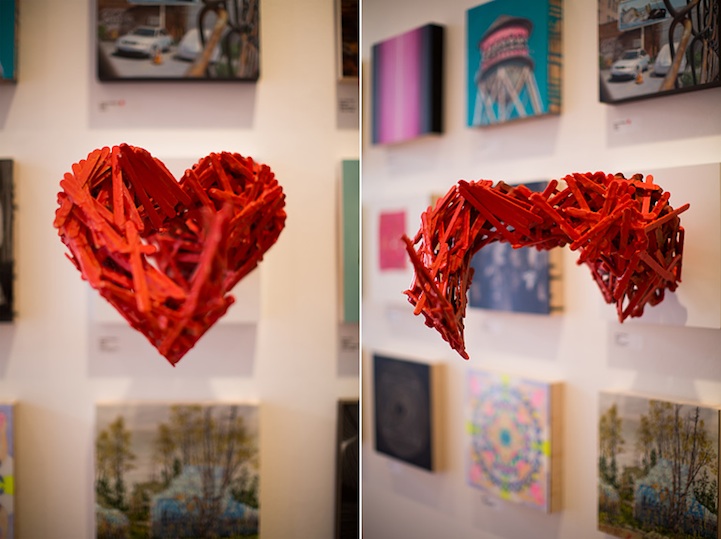 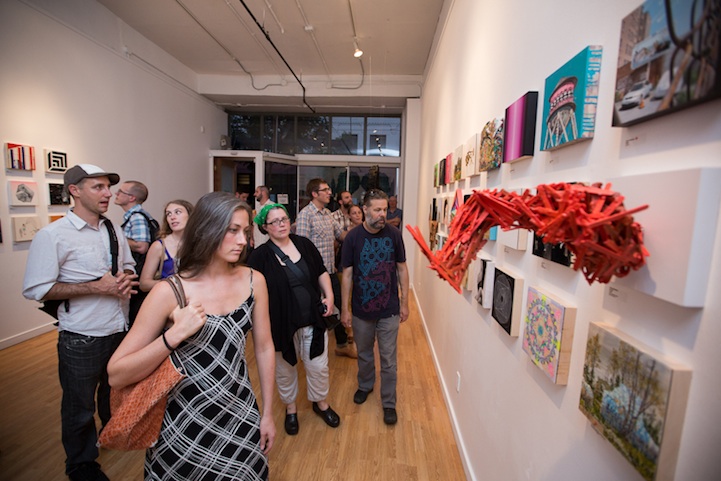 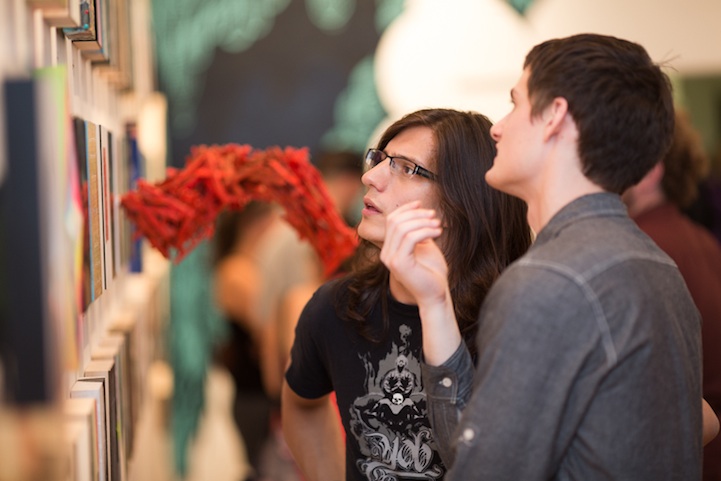