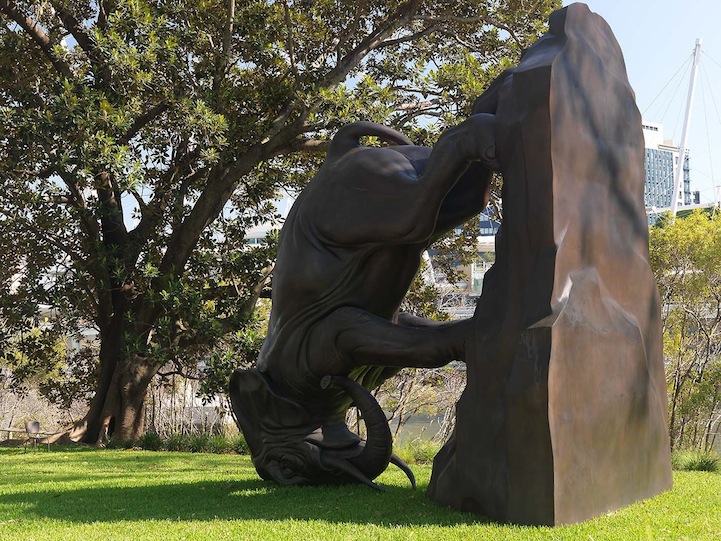 New Zealand sculptor Michael Parekowhai's installation titled The World Turns is an intriguing piece of work that features an enormous bronze statue of an elephant balancing on its head. Next to the 5-meter-tall structure, there is a tiny, almost undetectable, figure of a kuril (a rodent native to Australia, often referred to as a “water rat”) and a short distance away there is a chair installed for viewers to take a seat and reflect on the wondrous spectacle.

Parekowhai, who is known for creating satirical pieces addressing political and social issues, creates a connection between the burrowing creatures and the indigenous cultures that inhabit the area as the “caretakers of the land.” He uses the image of the upturned elephant beside the firmly grounded kuril as a way of empowering the tiny rodents who hold more power than meets the eye.

While the gravity-defying piece is left up to the interpretation of its audience, the Queensland Art Gallery of Modern Art (QAGOMA) perceives the water rat as a sort of hero. In a statement, the museum says, “The World Turns reminds us that history is often recorded to highlight specific moments, but, as the world turns, there are many other stories – and these are central to our understanding of history.” 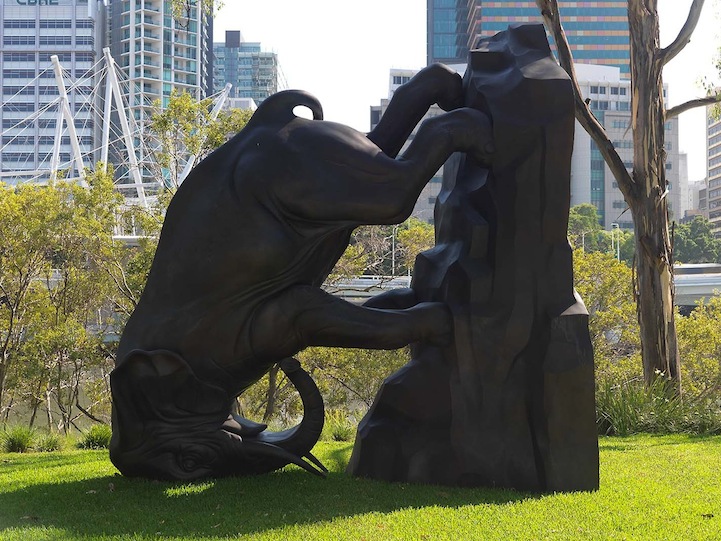 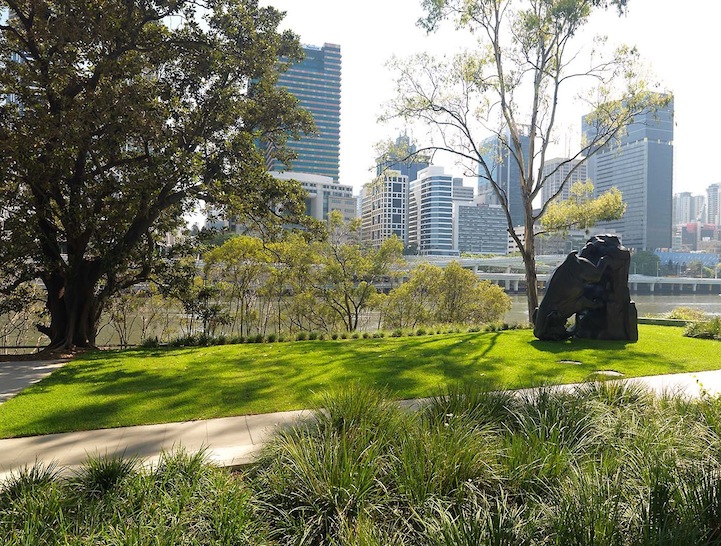 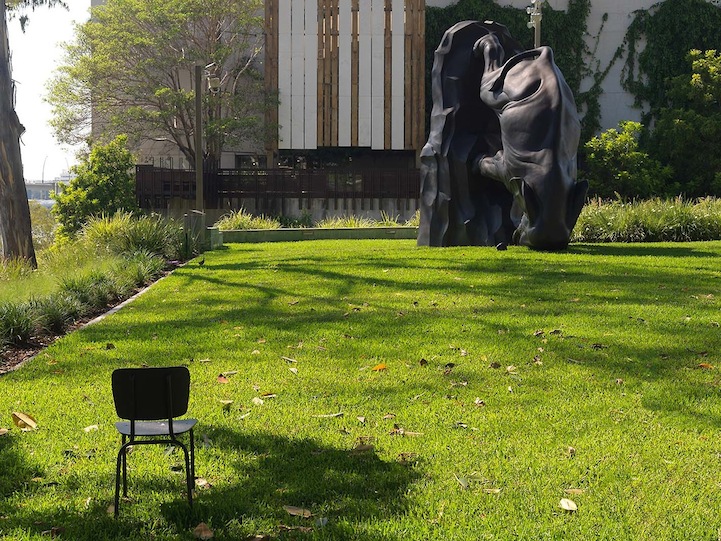 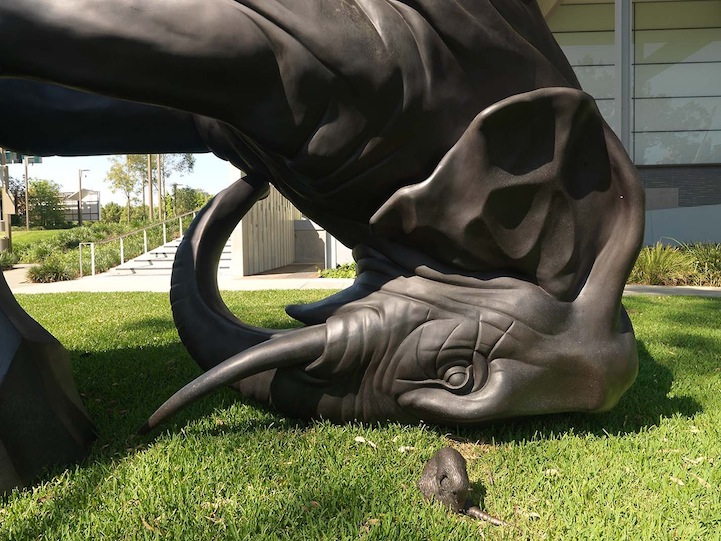