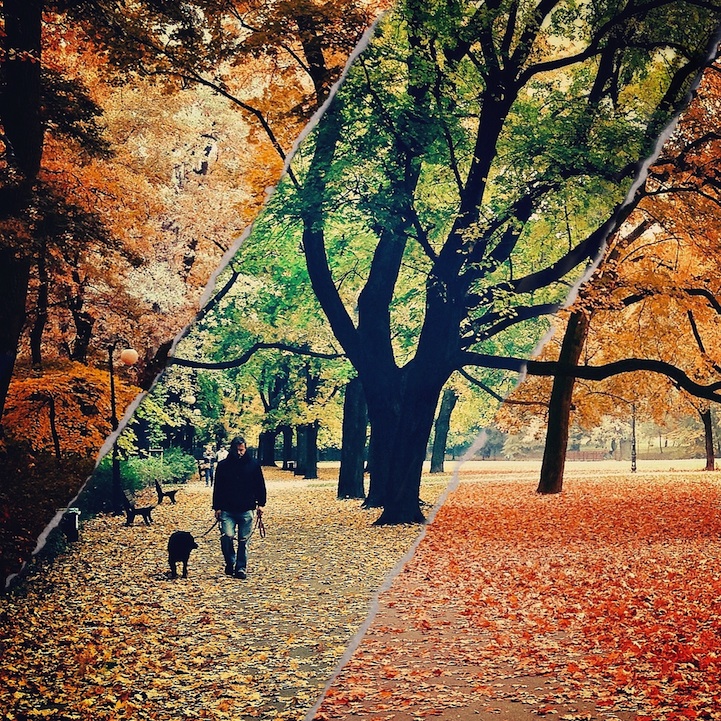 Photographer Michal Koralewski has created breathtaking images of Poland's seasons changing all within his iPhone. The photo above shows early and late autumn spliced together and was made using his iPhone 4S along with the following photo apps – Snapseed, VSCO Cam, Ripped From Reality and Image Blender. Unlike the typical spliced photo, Koralewski shows early autumn set right between late autumn instead of next to it. Interestingly, Michal tells us that this particular photo is actually the same photo but with different filters and edits. 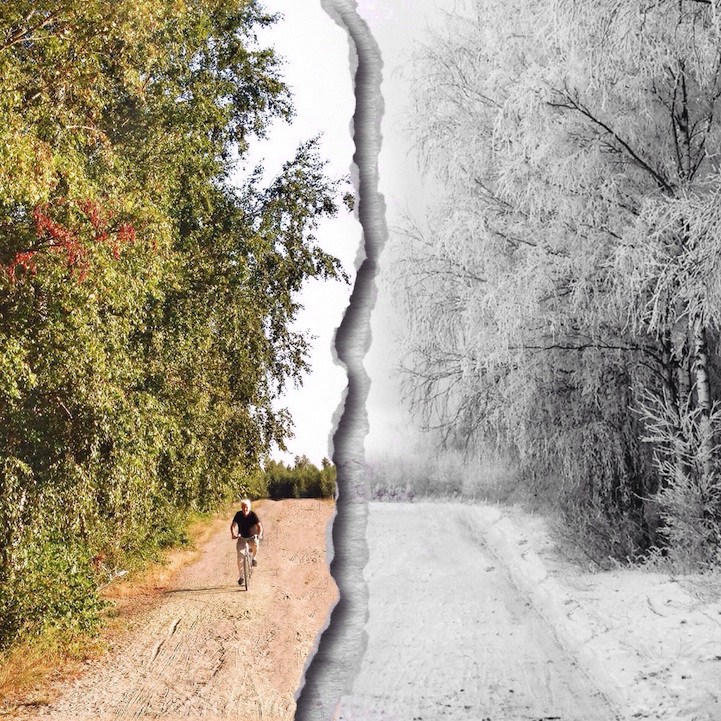 For the one directly above, he states, “First I took the winter part of this photo, which won 2nd prize in one of the categories at the Mobile Photo Awards, the biggest mobile photography contest in the world. The summer part was taken in the same place a few months later. I flipped it horizontally and merged these two photos together with the Image Blender app.” 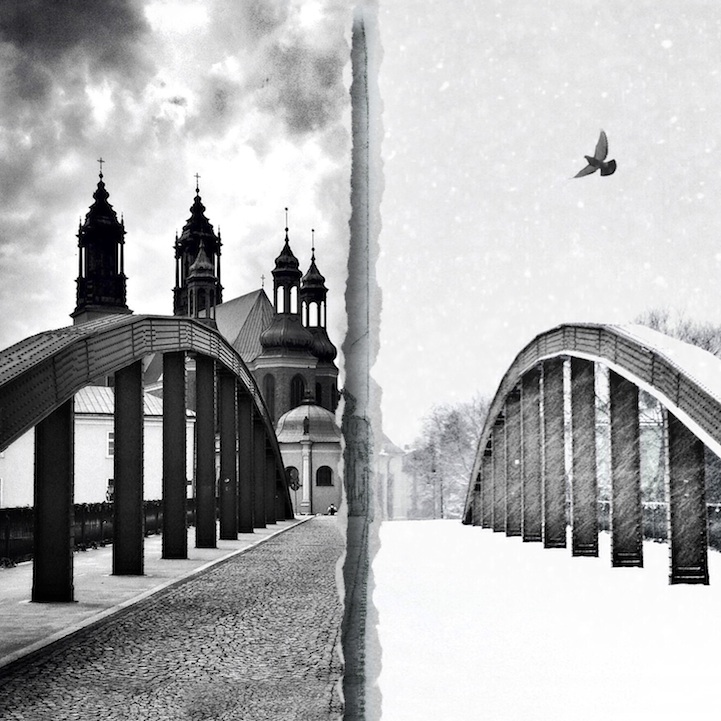 “Finally, this photo was taken in Poznan, Poland. It shows Bishop Jordan Bridge and a street leading to the Archcathedral Basilica of St. Peter and St. Paul. The winter part was taken in February, the summer part in June. I merged them together with a help of two great apps: Image Blender and Ripped from Reality. All my photos are made and edited with my iPhone only. I don't use a computer for this.”

“There is a saying in photography circles that ‘The best camera is the one you have with you'. My mobile phone is always with me and always ready to use. It's a great tool that can capture a vanishing moment and one that offers a world of creativity.”