10,000 Volts of Electricity Zap Energy Into a Medieval Statue 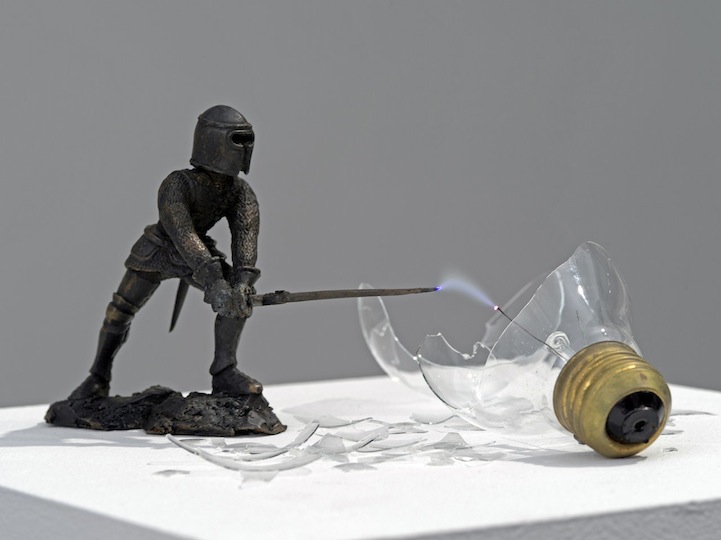 Overpower is a creative little sculpture that portrays a battle between a Medieval knight and a modern lightbulb. Created by artist Michel de Broin, the small bronze statue is mid-swing with a sword that seems to have shattered the bulb. As a result of his attack, the Middle Ages warrior is occasionally greeted with 10,000 volts of electricity that engage with his sword in a visual juxtaposition of ancient and contemporary.

The Montreal-based artist often shifts our understanding of everyday objects by assembling everything from car tires to bicycles and fragmented lamp posts. By repurposing the objects, de Broin redefines everyday functions and provides his audience with exciting and unexpected ways of perceiving the world.

Part of a larger show entitled Retooled Appliances, Overpower “playfully examines energy as metaphor for the technological unconscious…Sparks fly as the characters fight off obsolescence, in an age-old battle between faith and reason,” explains de Broin. Check out the video below to see the live volts coming in contact with the sculpture. 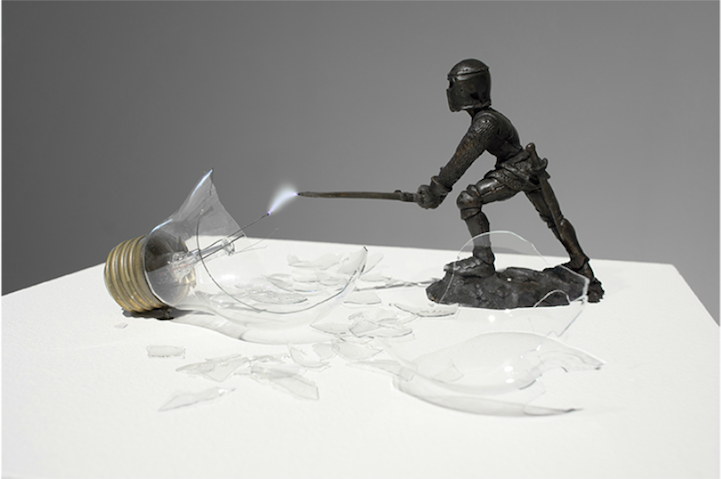 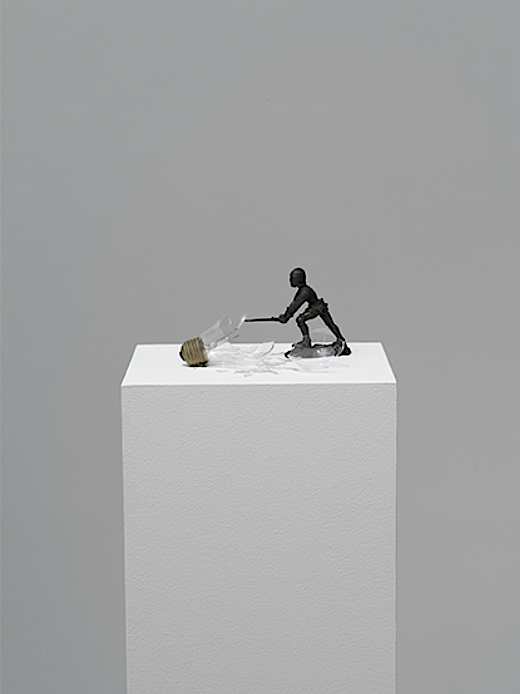 Michel de Broin's website
via [My Amp Goes to 11]