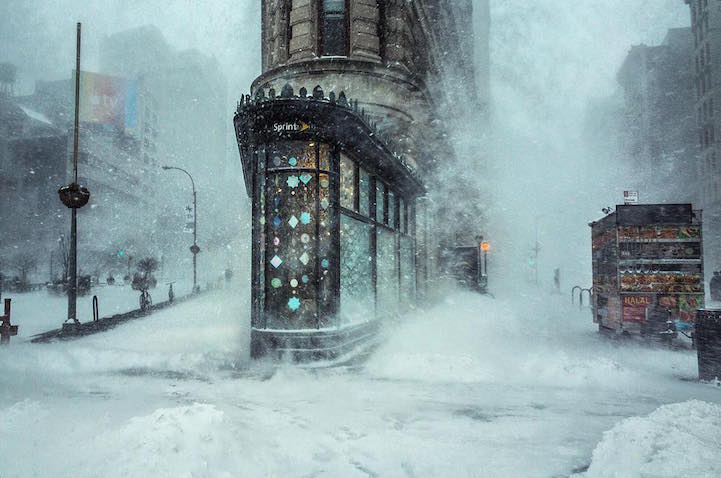 In the midst of Winter Storm Jonas on Saturday morning, photographer Michele Palazzo braved the blustery weather in hopes that he'd capture a one-of-a-kind shot. Fortunately, he came across New York City's Flatiron Building and that's when something magical happened. As tufts of snow swirled in the wind, Palazzo aimed his Ricoh GR camera and photographed the building, surrounding streets, and meteorological conditions. After enhancing the image in VSCO Cam, the artist noticed that the snow swirls created patterns resembling swift brush strokes. As a whole, the photograph incredibly echoes an impressionist painting. 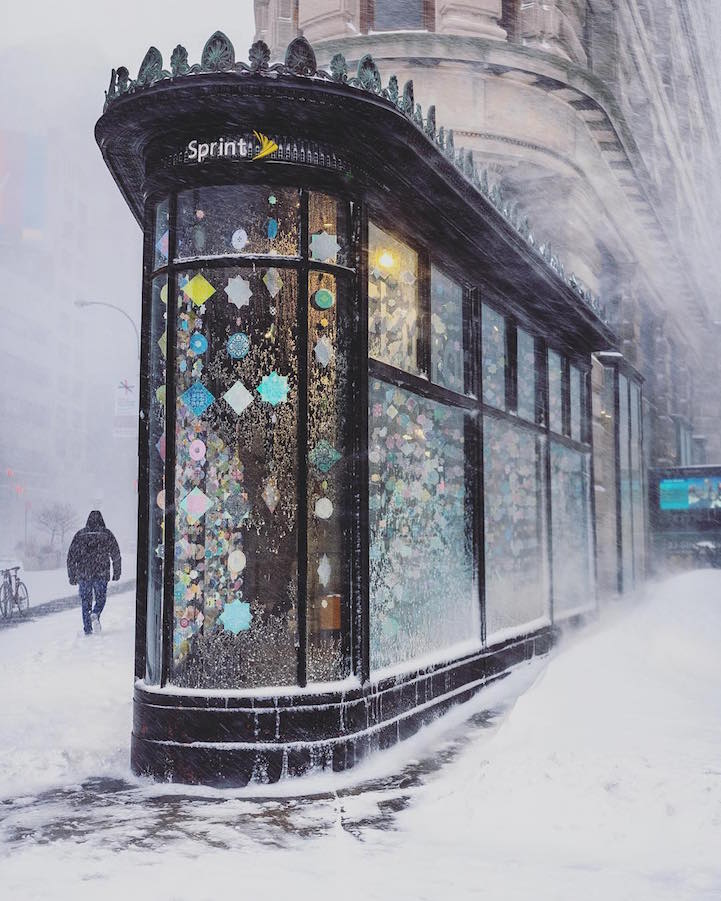 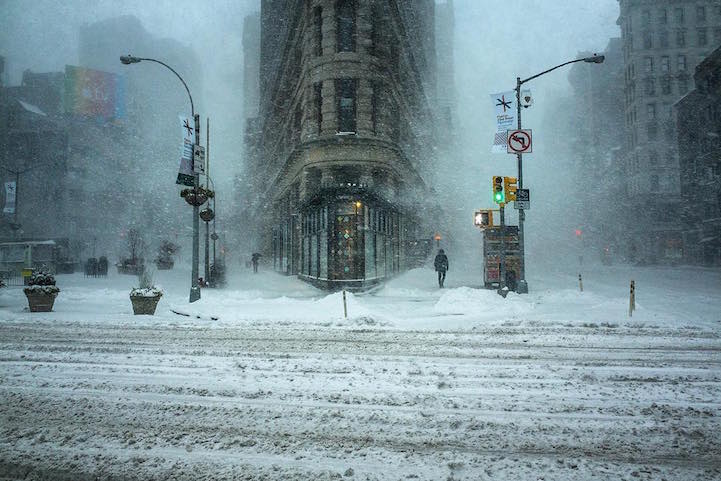 All photos via Michele Palazzo.