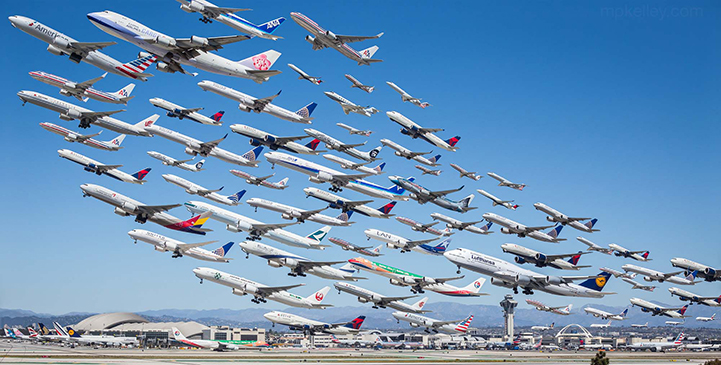 Self-proclaimed aviation nerd Mike Kelley recently compiled the outdoor activity of the Los Angeles International Airport (LAX) in a single, amazing photograph. The architectural photographer spent nearly an entire day at the south complex of the airport capturing all of the takeoffs and some landings, then spent another eight hours using Photoshop to put everything together. It was worth it. The bevy of airplanes makes for an impressive and dramatic image.

Kelley explains that he took some artistic liberties with the angles of the planes to compose an interesting photo, but that it's mostly how you'd see them appear if you were to watch for yourself. The size and depth difference between the airliners is due to LAX's dual runways. In addition to domestic departures, Kelley made it a point to photograph the large international flights like Singapore, Air France, Malaysia, and Air New Zealand.

Below are a few detailed shots of Kelley's handiwork. Even if you're not a fan of flying, chances are you'll still enjoy looking at each plane's idiosyncrasies. 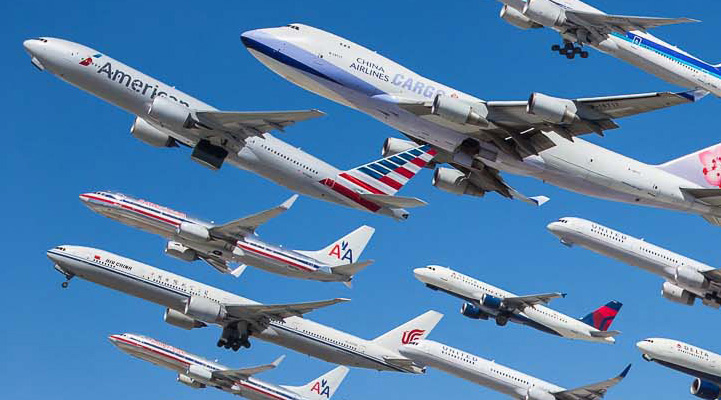 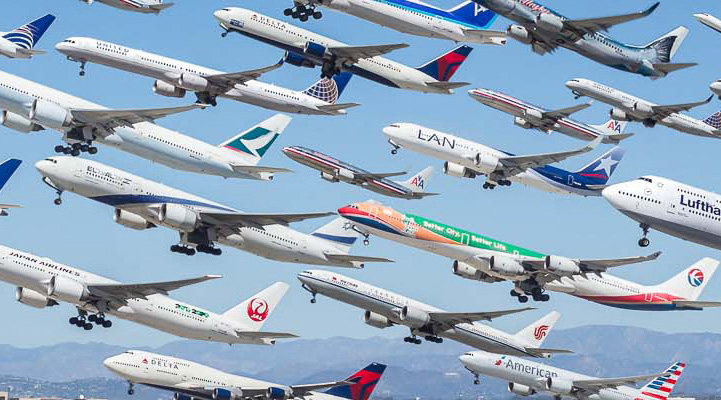 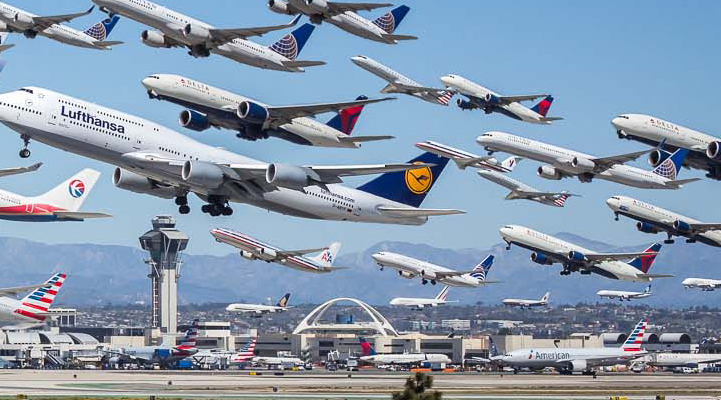