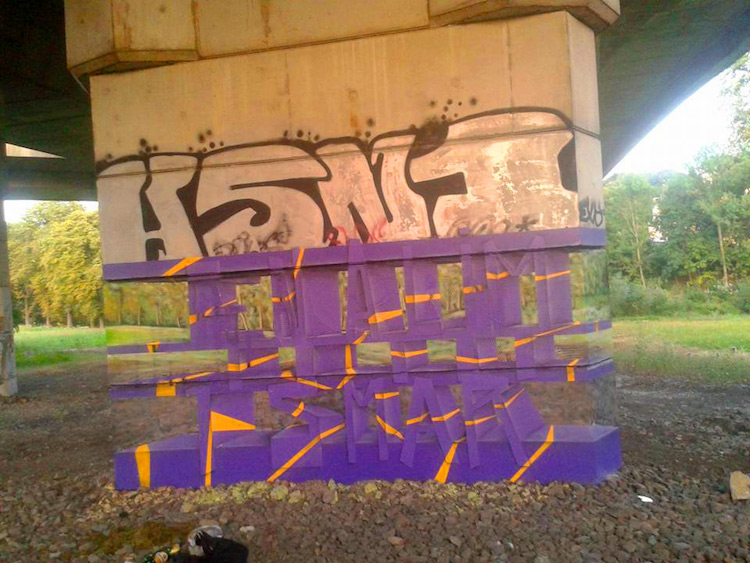 This mind-blowing piece of transparent graffiti by Milane Ramsi makes a cement pillar disappear, leaving only 3D letters spelling the artist's name backwards. Where some people may see a simple concrete pillar, Ramsi spied his next canvas, completing the work in Carlsbad, Czech Republic in just under a week.

Since the image was posted on Reddit, speculation about how the illusion was created has been running rampant, but process images shared by the artist demonstrate the build up of background color to create the special effect, which works best from a single perspective. Playing with optics and perspective has a long tradition in painting—think Hans Holbein—with graffiti and street artists being no exception. Charged with working in public space and engaging with the environments, these artists often use optical illusions to great effect. 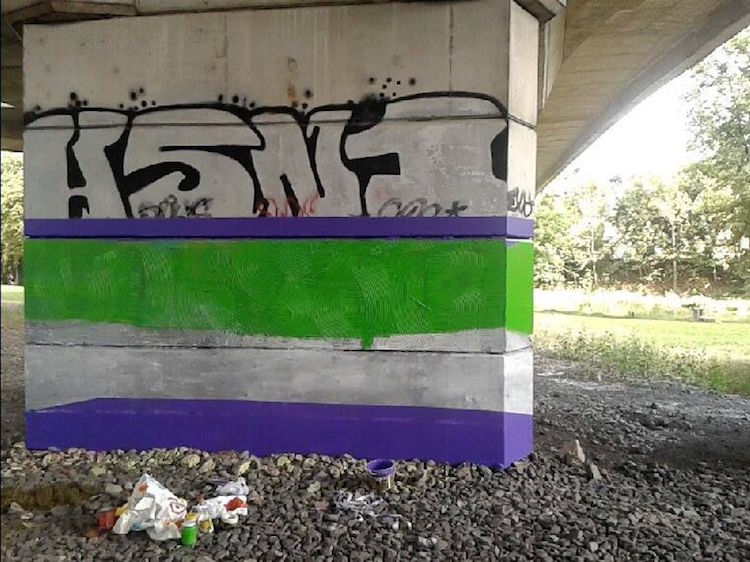 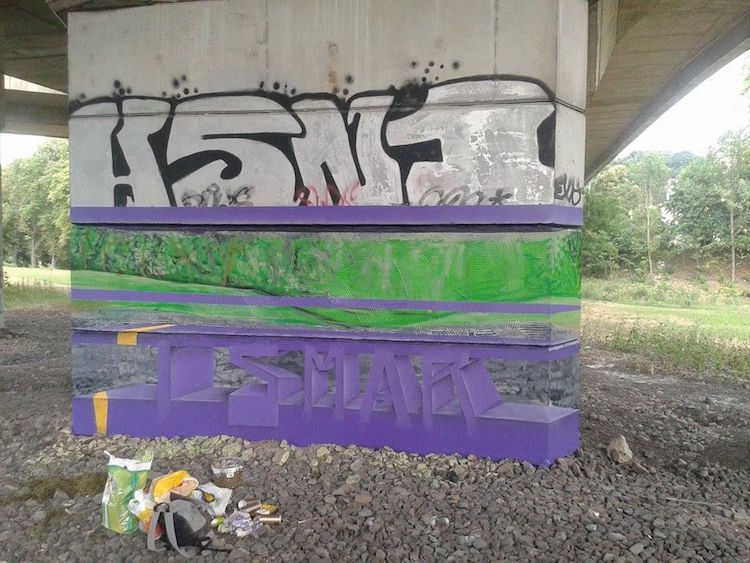 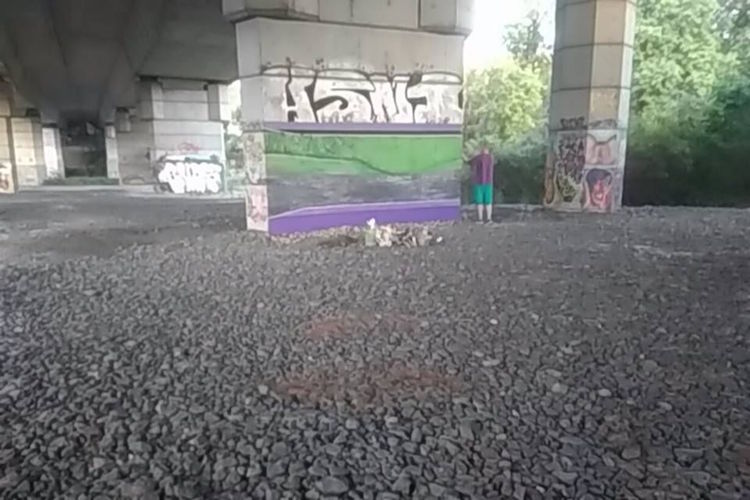 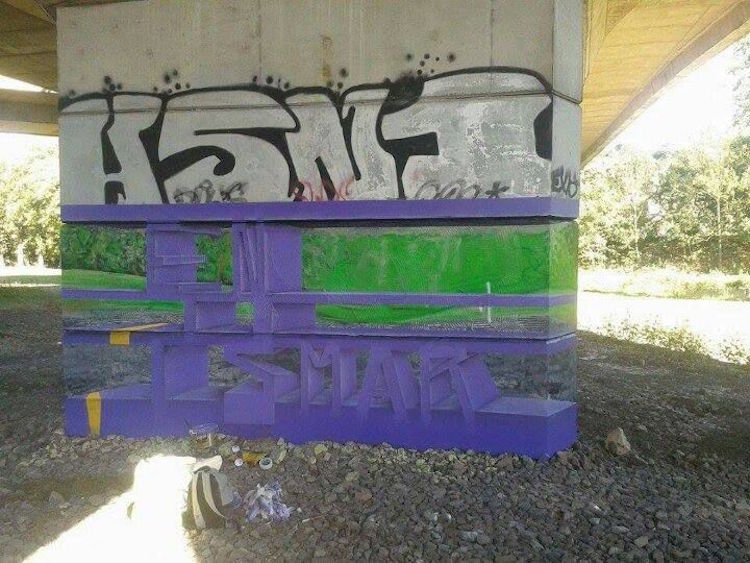 Different images of the finished piece: 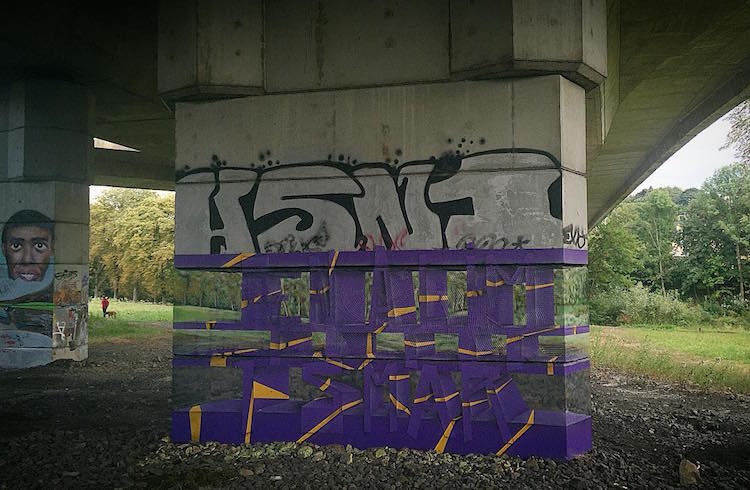 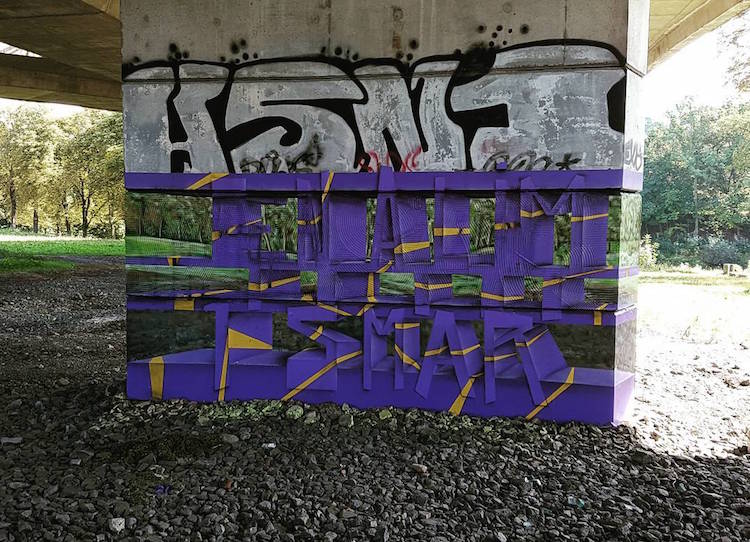 All images via Milane Ramsi except where noted.