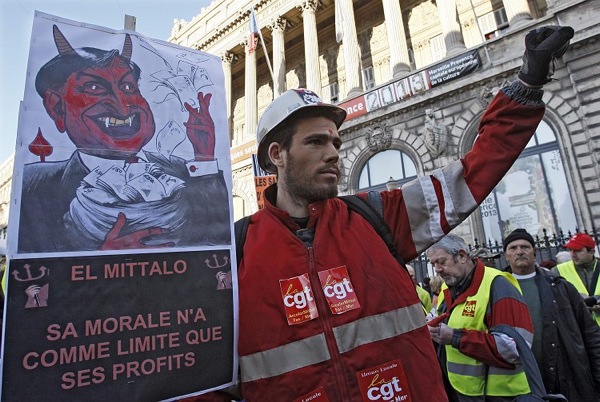 More than one million French workers took to the streets across France yesterday to protest against President Nicolas Sarkozy's handling of the economic crisis, saying too much had been done to bail out fat cats and banks, and not enough to protect jobs and help workers make ends meet. Air traffic controllers, train drivers, teachers, nurses, and tax inspectors were joined by private sector workers including bank clerks and staff from the firm that runs the Paris stock exchange. Some schools were shut, flights were cancelled, and the Palace of Versailles was closed in a rare show of unity between unions, although “Black Thursday” did not bring total transport paralysis. “This is a broad anti-Sarkozy protest to say, crisis or no crisis, we don't like the way society is going,” said a university lecturer at the start of the march. “I see this as a general protest against Sarkozy's reforms. He is breaking the public service,” said Habib Mouaci, a university student on the Paris march. About 70% of the French public approved the strike but the education minister, Xavier Darcos, told French TV: “The government will not stop reforming a country that needs it.” France has not experienced the kind of banking meltdown seen in Britain, Ireland or Spain. But it has seen a marked rise in unemployment – the root of unrest in recent years. France is entering its first recession in 16 years and jobless figures are rising at the fastest rate in more than 10 years. Unemployment is predicted to top 10% next year, and the young are being hit hardest. 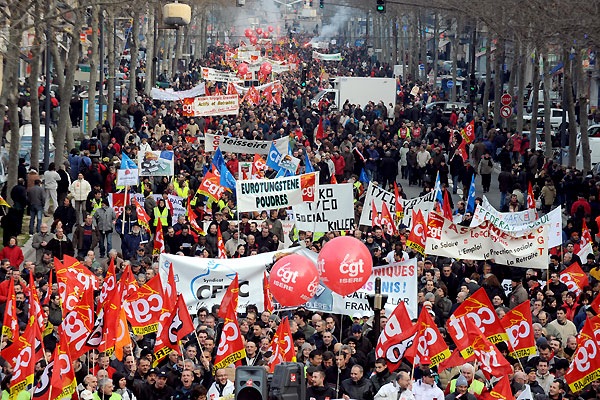 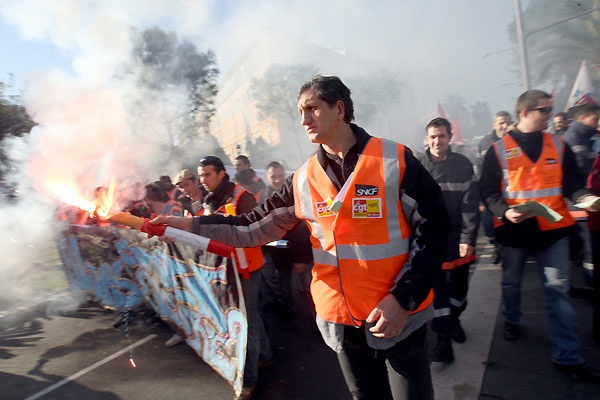 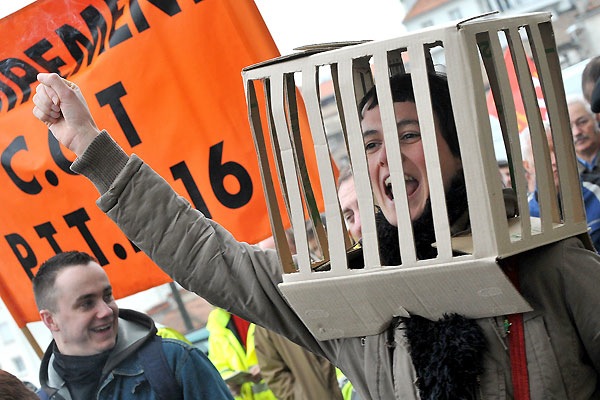 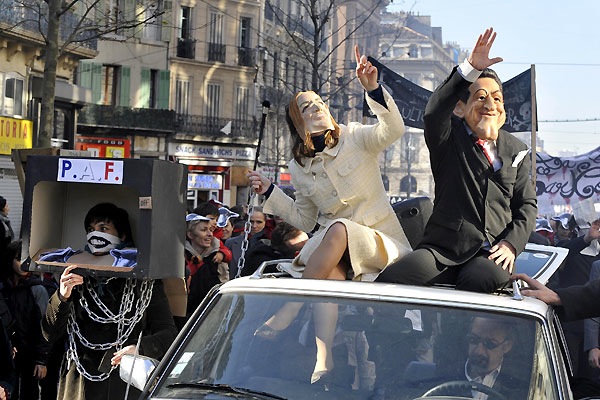 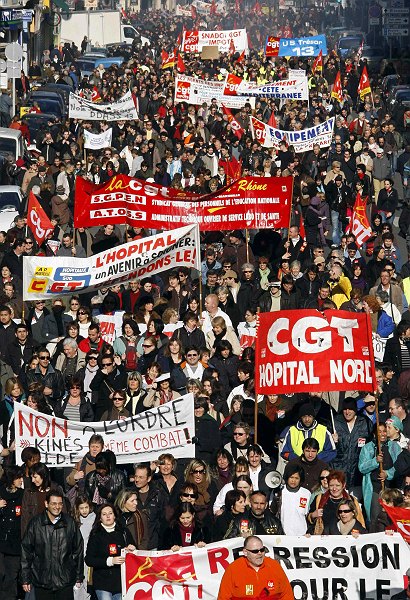 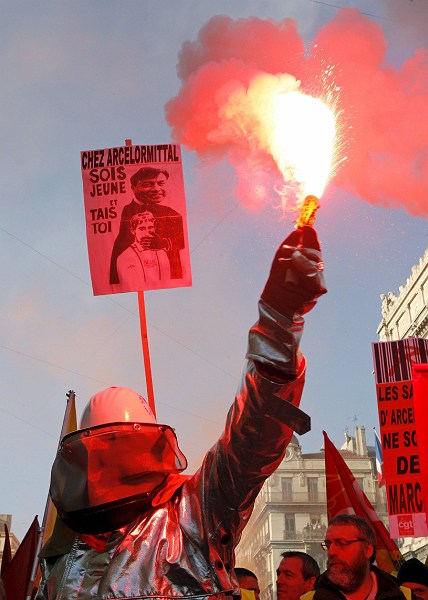 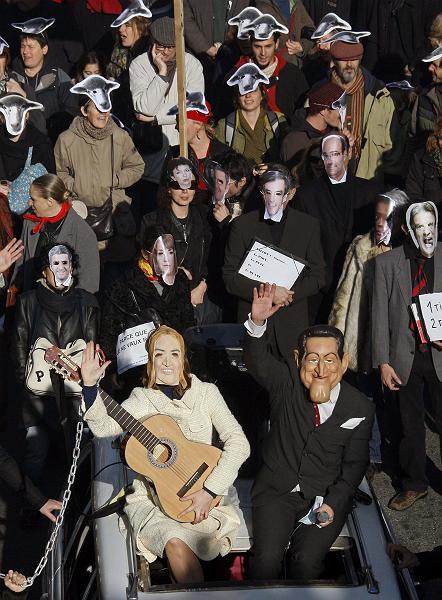 courtesy of the guardian and etoday