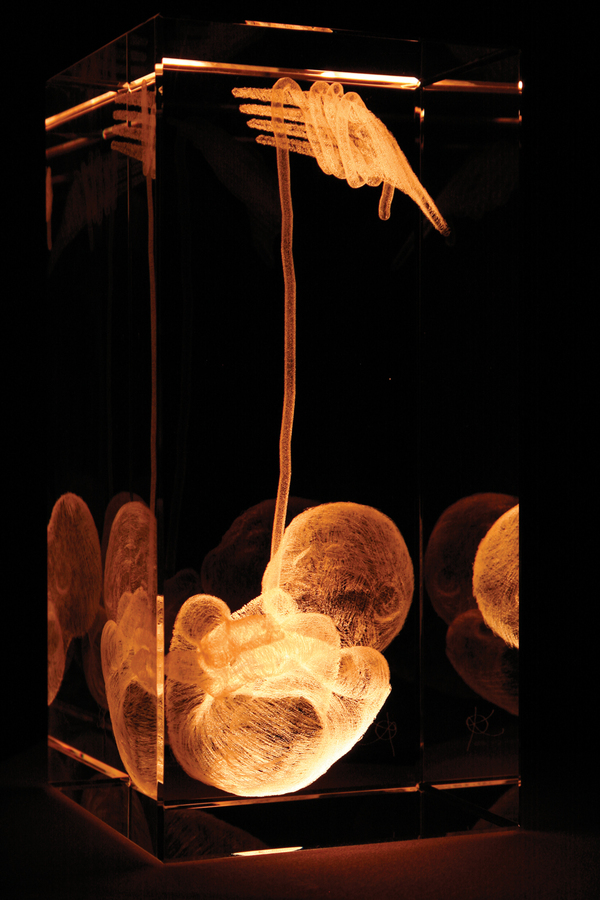 Budapest-based artist Robin Kosnas created these visually bewildering 3D illustrations. The series, entitled Cloud of Lines, features three-dimensional representations of human figures. The images range from a baby, in the fetal position, still fully attached to its umbilical cord to the forms of two hands about to clasp in prayer. These stylized figures surpass the realm of 2D illustrations. As Kosnas says, the pieces are “exiting the realm of flat depiction and stretching the limits between sculpting and graphic arts by creating three dimensional freehand drawings.”

We were lucky enough to get in contact with Robin to ask a few questions about the intriguing works. You can read that interview, below. 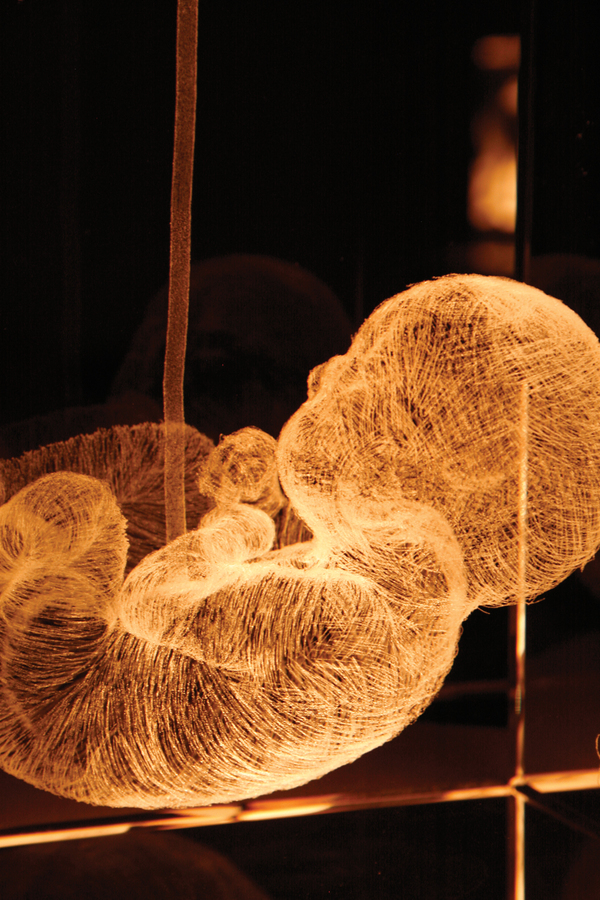 Can you tell us a little about yourself and any related art training?
I graduated last year at the Hungarian University of Fine Arts, with an MA degree in graphic arts. Along the way I've become a self taught sculptor too.

Your Cloud of Lines series is so fascinating. Could you walk us through your process for producing the 3D imagery?
To make a long story short, all the lines are drawn by hand while scanned with a motion tracking device. Afterwards the data is converted with a special software and being laser-engraved into a glass medium. 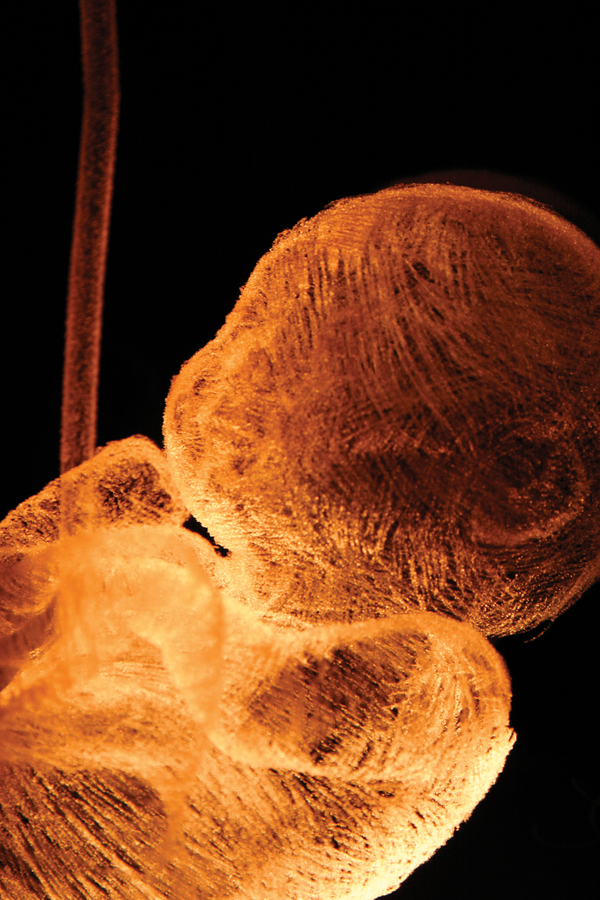 What inspired the project and what would you say is your message?
My constant inspiration is the hectic, crazy world we live in. And of course the subtle beauty that is hidden and waits to be discovered. The concept behind “Nip in the Bud” revolves around the ruthless nature of consumerism. The fetus in the womb is being consumed by us: the consumers of present day. Even if unintentionally, but we do destroy our future with the harum scarum behavior of our societies. The umbilical cord curled up on a fork may seem disturbing, but on occasions our way of life is shocking as well. With “Will God save us?” I am reflecting on the institutionalized, mass-media-frenzy-manipulation called religion. Hence the rosary like barbwire around the praying hands. 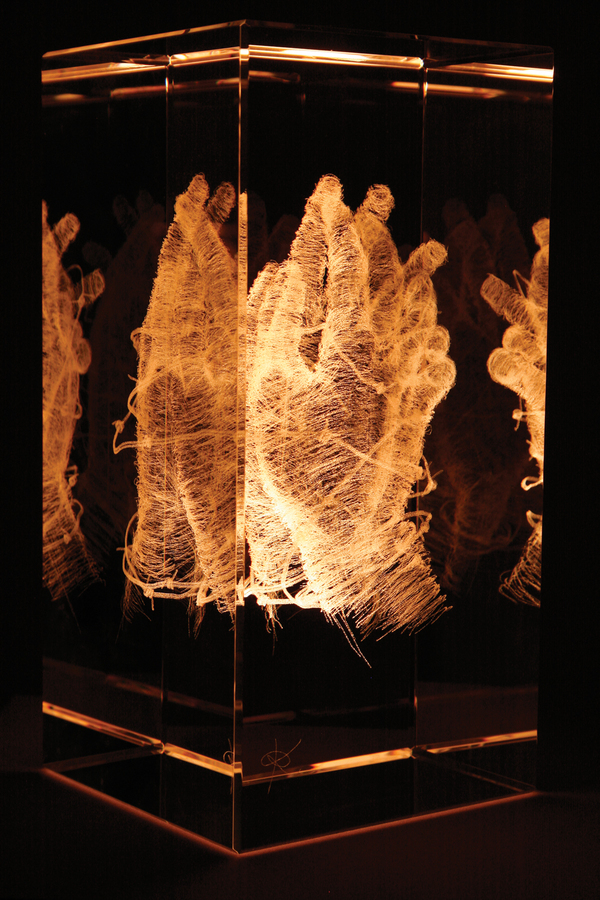 What's next for you?
I am in the middle of some ongoing projects. My solo exhibition is on the way in the near future in Budapest, hopefully followed by other shows around Europe.