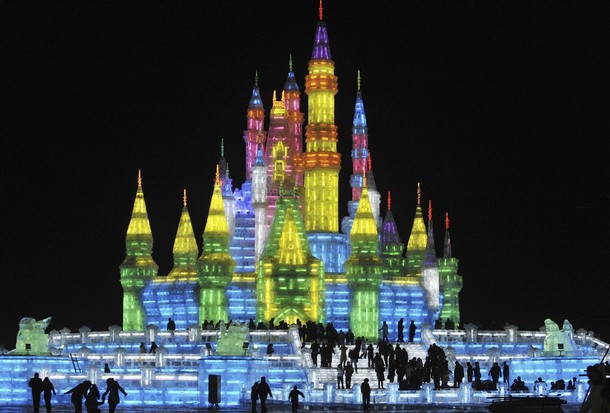 It's like China's version of Disneyland on Ice. These impressive ice sculptures are part of a display for the upcoming Harbin International Ice and Snow Festival. As well as the colorful life-sized ice buildings, which reflect traditional Chinese architecture, there is also a 160m (524ft) high Father Christmas sculpture, said by organizers to be the world's largest. The Festival, established in 1985, is held annually from January 5 and lasts for over one month. An estimated 800,000 tourists, 90 percent of them Chinese, are expected to visit the ice festival, said Jia Yan, director of the local tourism bureau. Harbin is the capital city of Heilongjiang Province, on the edge of Siberia, and one of China's coldest places. Winter temperatures can drop to below minus 35 degrees Celsius. Unseasonably warm temperatures have made the job especially challenging, said Tang Guangjun, one of the sculptors. Organizers have revealed that the effects of global warming are taking a toll as the snow and ice now melt more rapidly than in the past. It's pretty amazing considering the scale of the artwork! 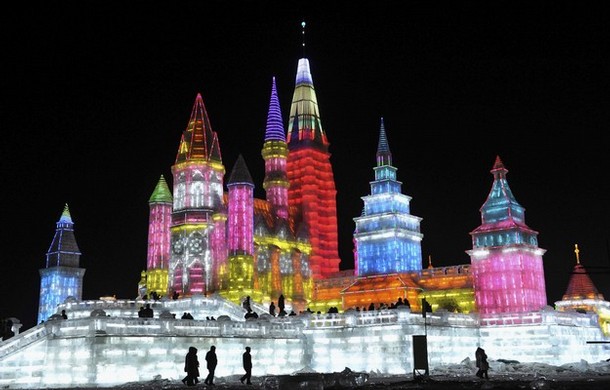 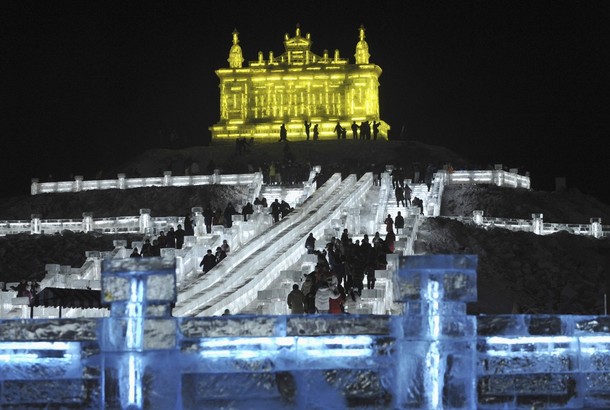 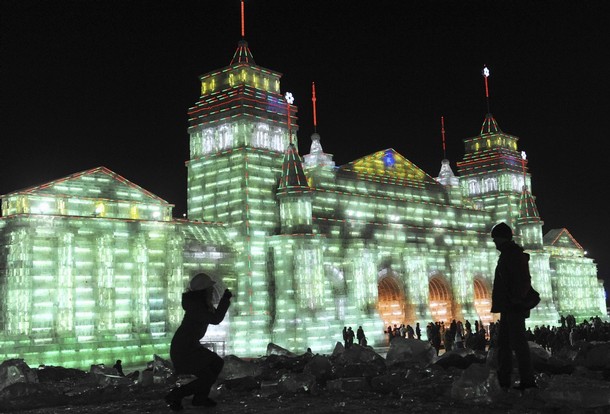 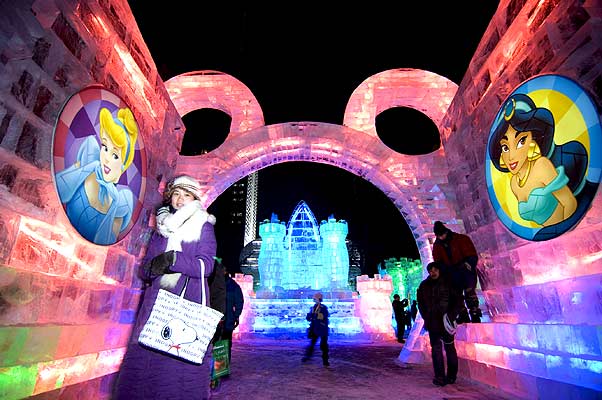 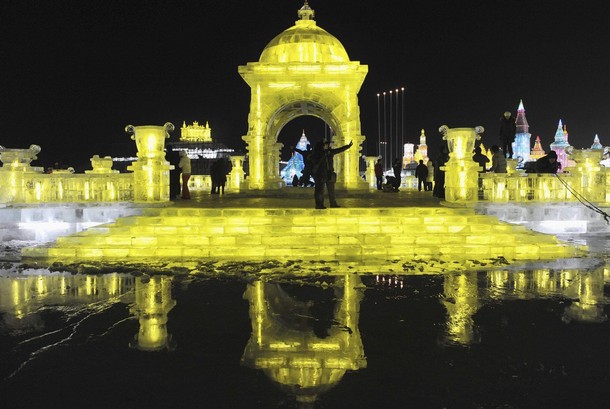 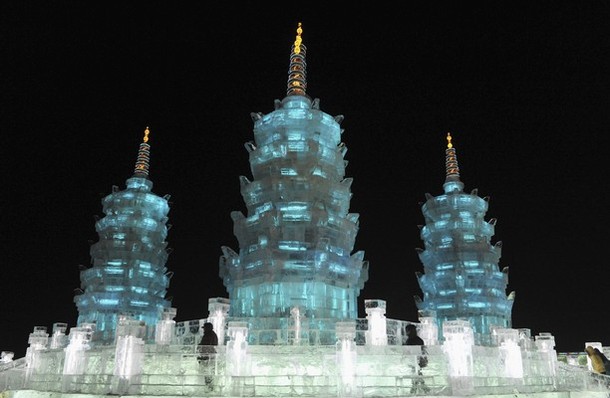 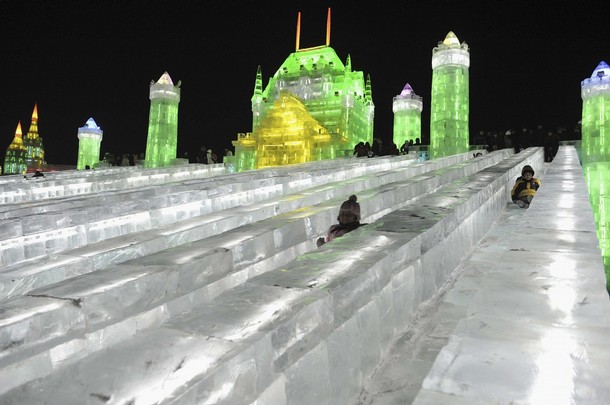 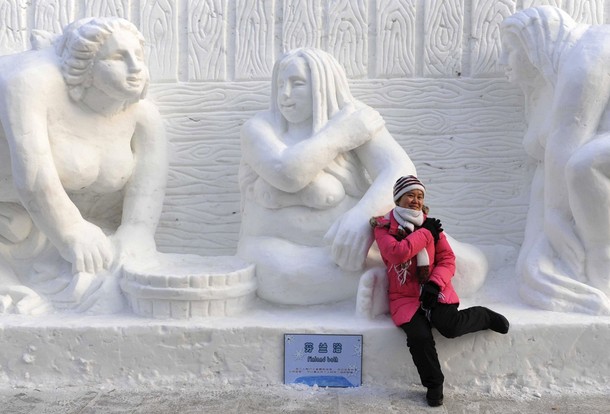 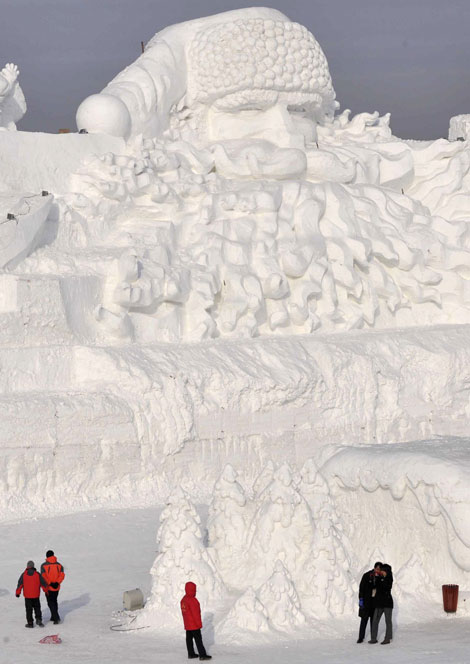 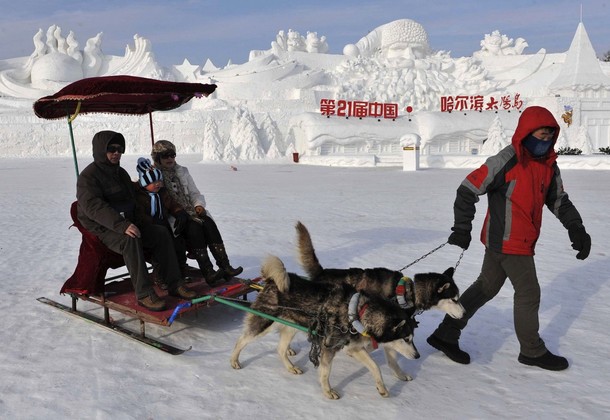 courtesy of etoday and dailymail