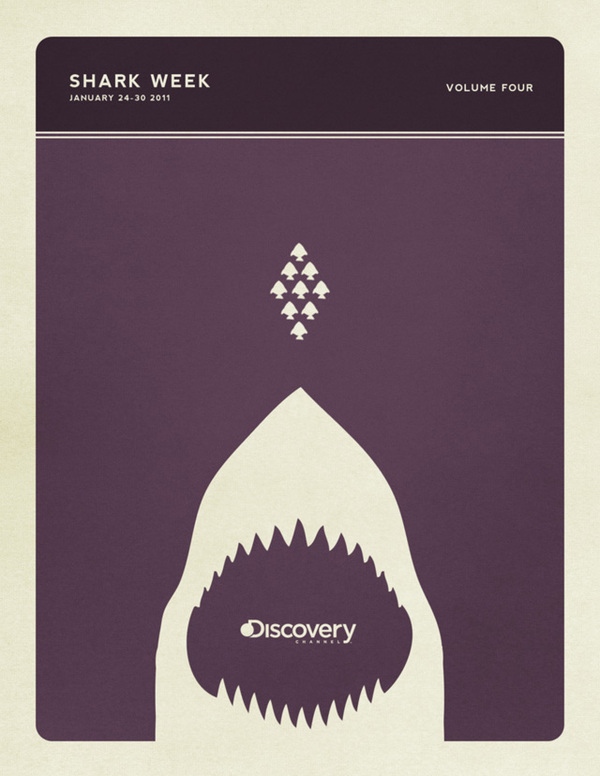 Wow, just how great are these minimal posters that Christopher Wilson created for Discovery Channel's Shark Week? The 33-year-old designer keeps it fantastically simple with these clever and cool illustrations.

The Discovery Channel's Shark Week, which first aired in 1987, is a week-long series of feature television programs dedicated to sharks. It was developed to give us a greater respect for these fascinating predators. Amazingly, Shark Week is now broadcast in over 72 countries all around the world. 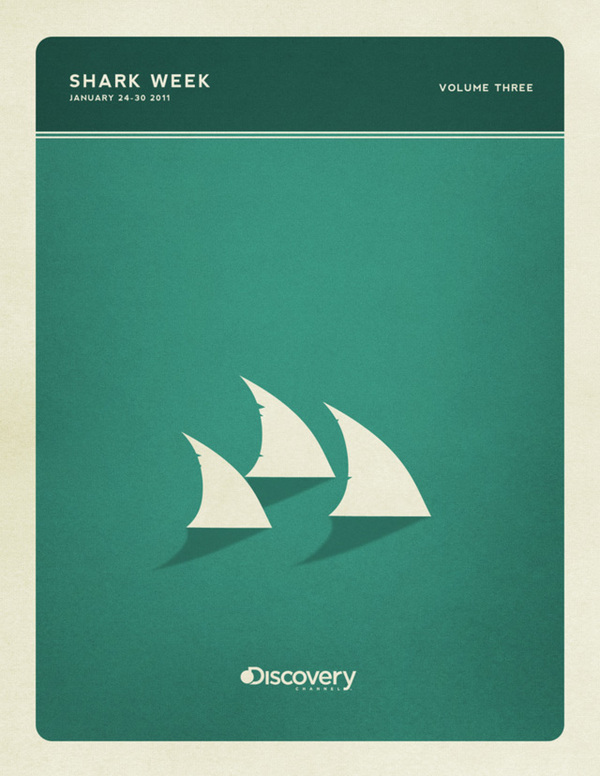 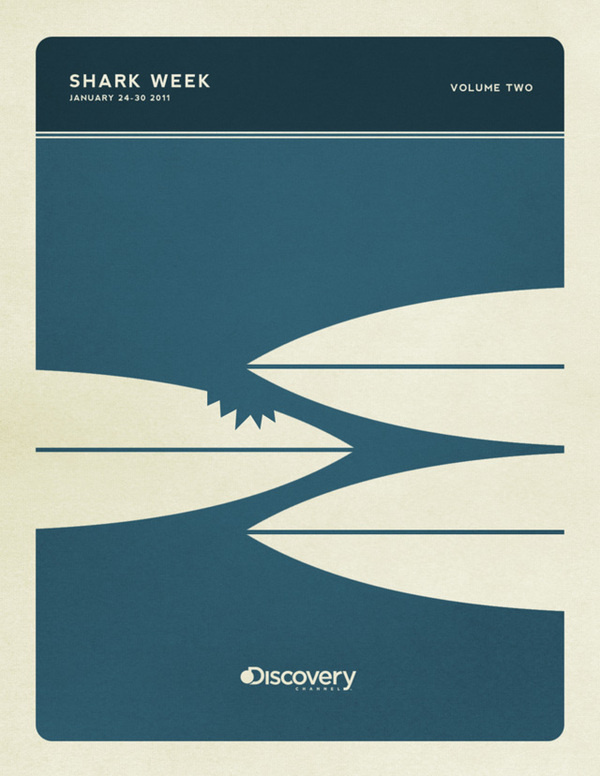 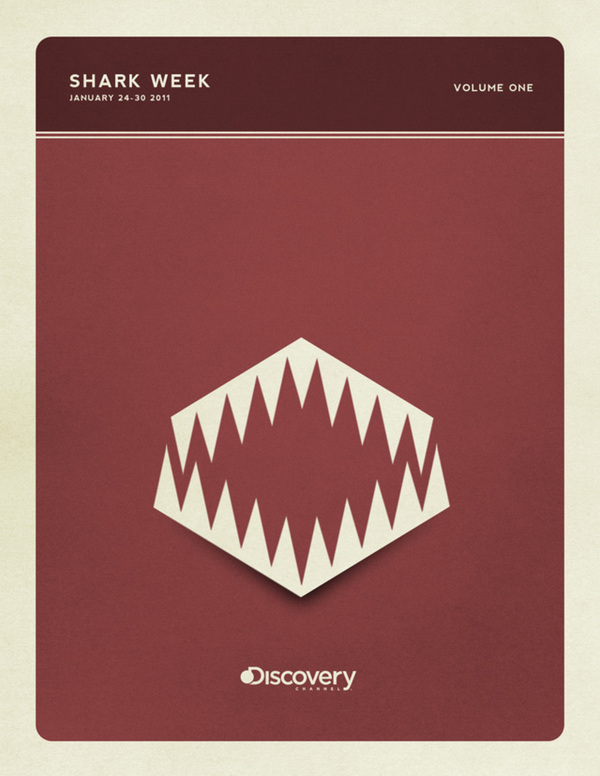