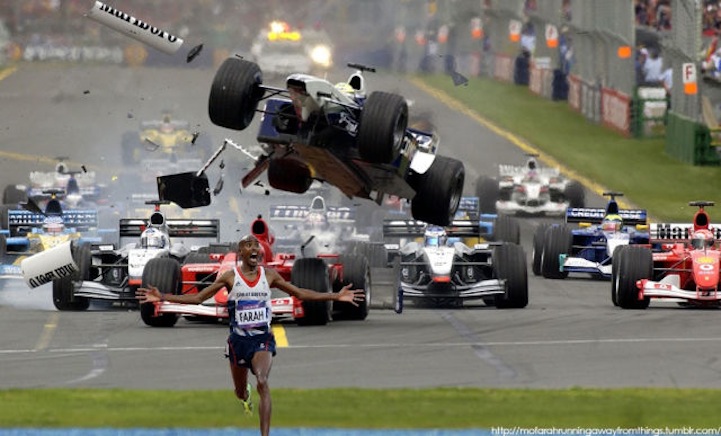 If you are anything like me, you were glued to your TV in early August, watching with excitement as athletes all over the world competed in the Olympics. This year, British Track and Field athlete Mo Farah is one of those competitors who wowed the world. He made Olympic history by winning two gold medals in the 5,000m and 10,000m races and the athlete says, “I won the second gold on Saturday night and it became a blur after that. It all went crazy. I was so over the moon that I felt like I'd never come down.”

Farah is known as the UK's finest ever distance runner and the world has quickly fallen in love with such an inspiring athlete. Mo Farah Running Away From Things is a blog described as “a tribute to team GB's double olympic gold medalist Mo Farah for being a true Olympic legend and inspiring a nation.” The site was bound to happen, I mean Farah's expression as he won the 10,000m finals is evidence of an insanely excited and stunned man who worked insanely hard to have these dreams come true.

His expression, digitally captured at the perfect moment, has fans across the world creating funny, good-natured images of Farah, running away from things including a sea of brides, the Stay Puft Marshmallow Man from the movie Ghostbusters, and all kinds of other inventive scenes. Any ideas are welcome as long as they are a friendly tribute to Farah's Olympic success. 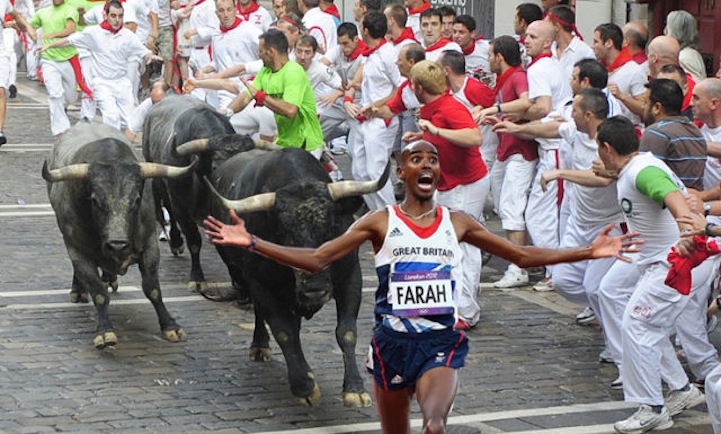 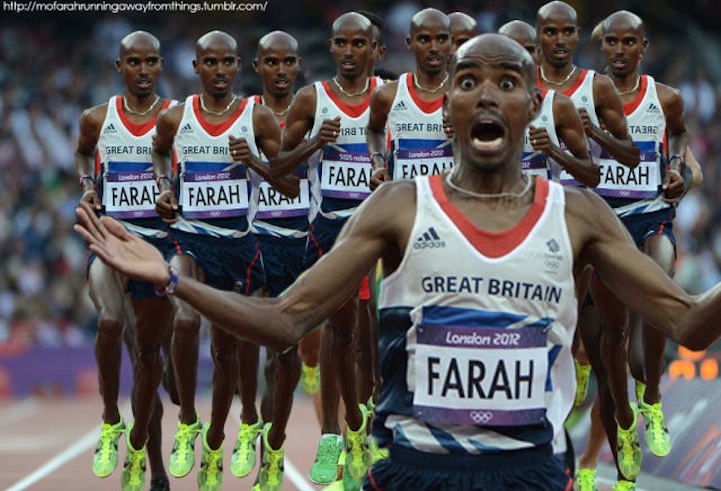 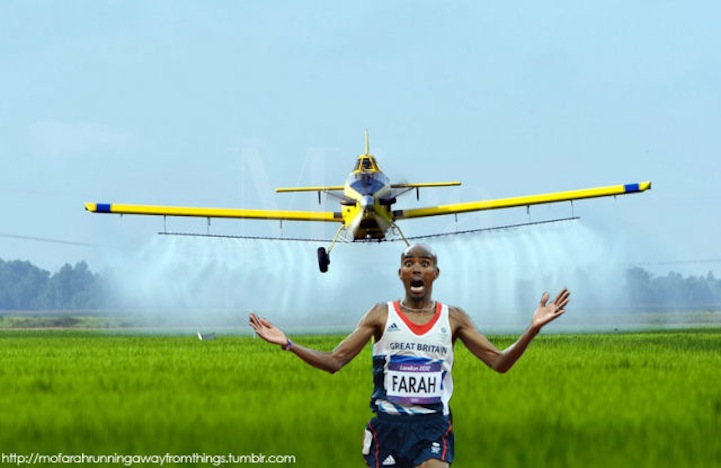 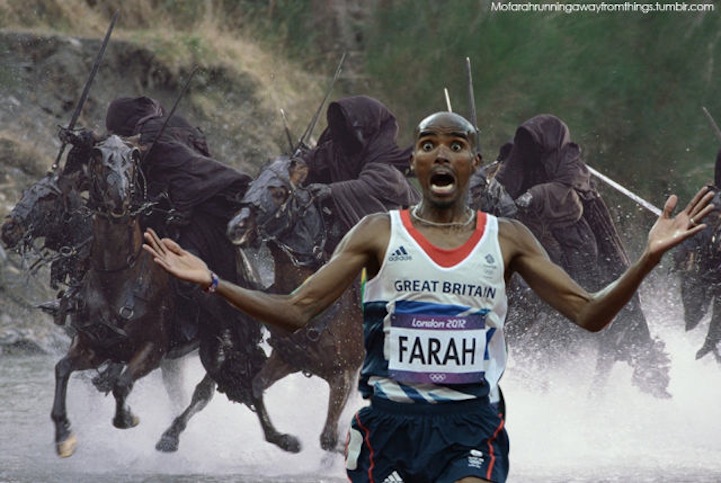 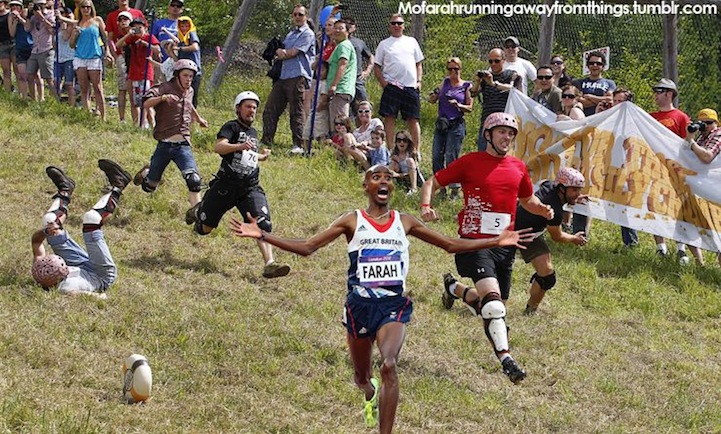 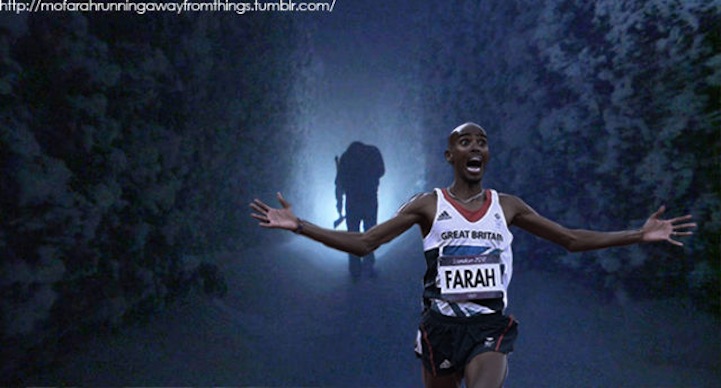 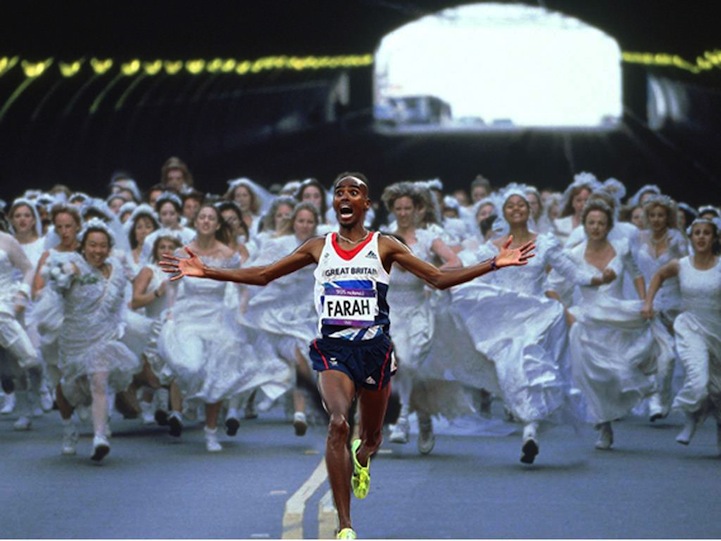 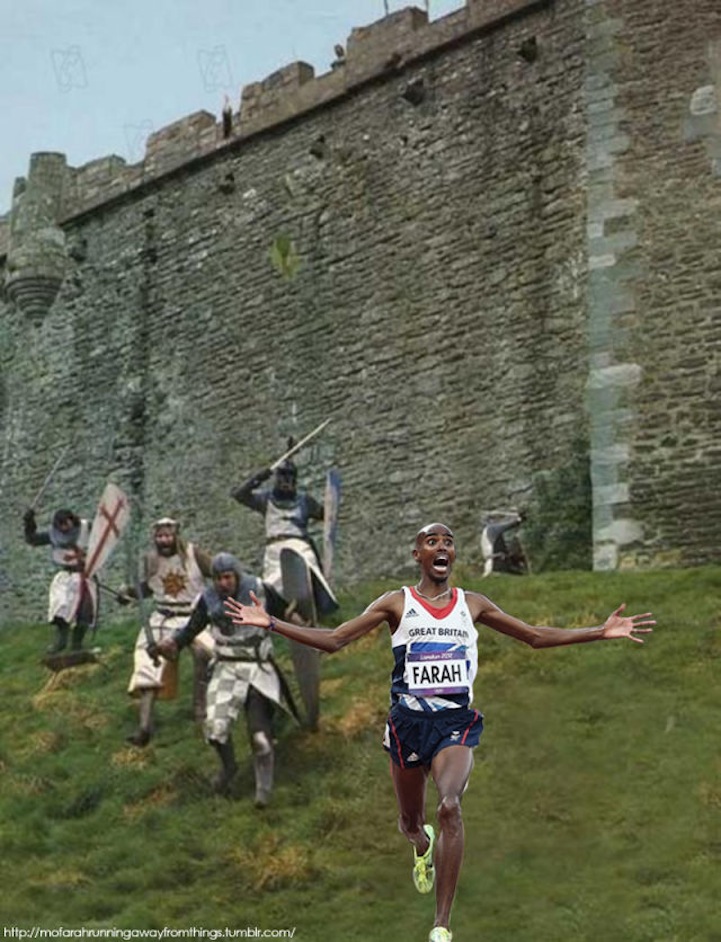 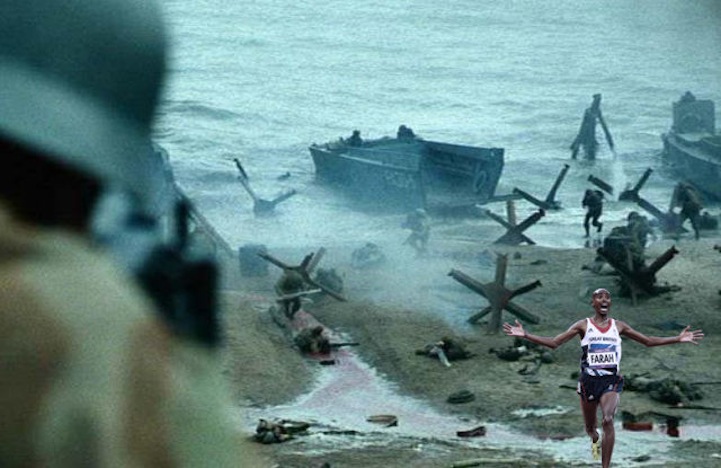 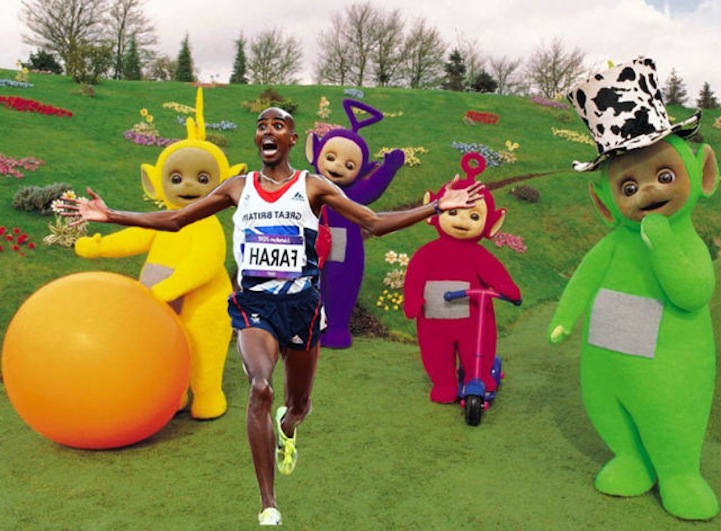 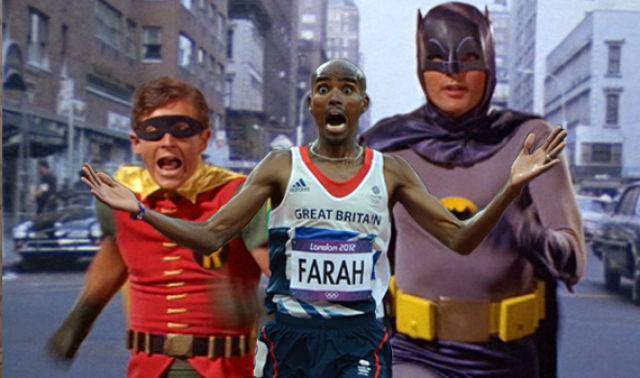