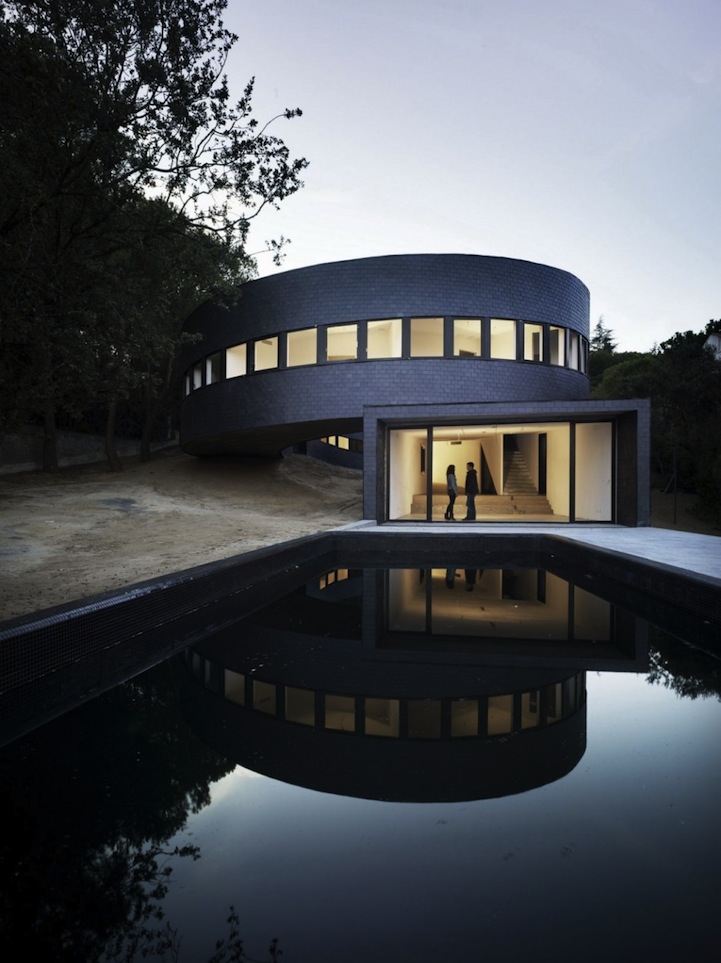 Using a dramatic cylindrical shape, architecture firm Subarquitectura designed this snake-looking house in Galapagar, Spain. The 360 House was built on a sloping plot of land with privileged views of the surrounding mountainous landscape. The aim of the Spanish architecture firm was not to think in terms of domestic space, but to take a point of reference from engineering, motorway intersections, and changes in direction. In essence, they built the house from a poetic, rather than a pragmatic point of view. The result is an extreme shape – a widely curving building generating the greatest quantity of vantage points on the plot. In the center of the 360 functional form, there resides a midpoint, isolated and completely dark, which Subarquitectura views as a space of 100% technology and 0% landscape – a ‘mediatheque.' The building is black outside, composed of slate, a material specific to the location. By using white inside, the reflective, neutral dcor is designed to be as luminous as possible in contrast to the darker exterior. 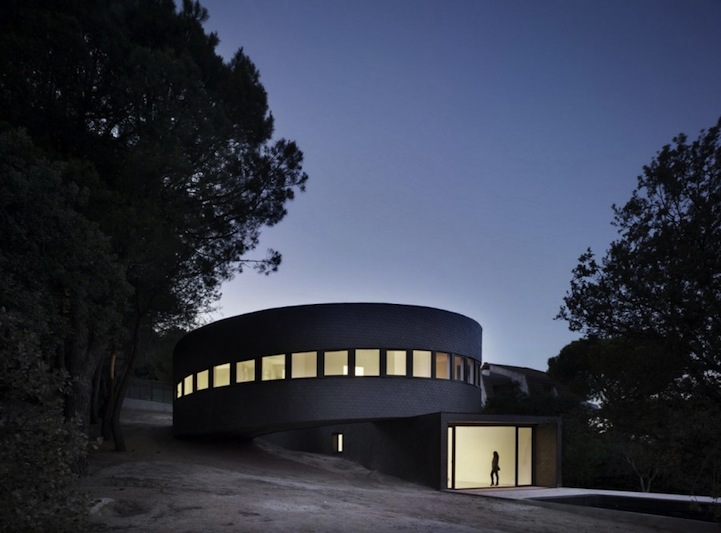 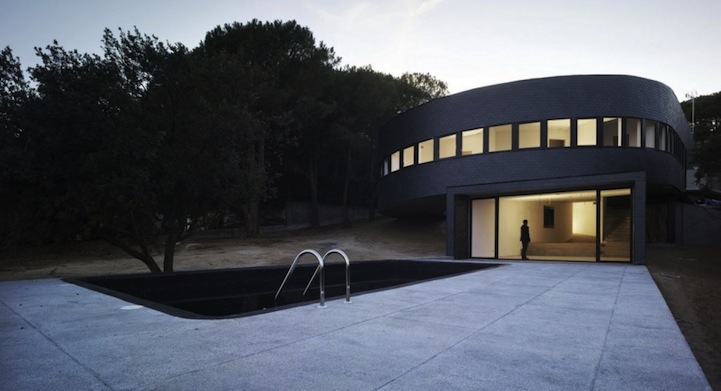 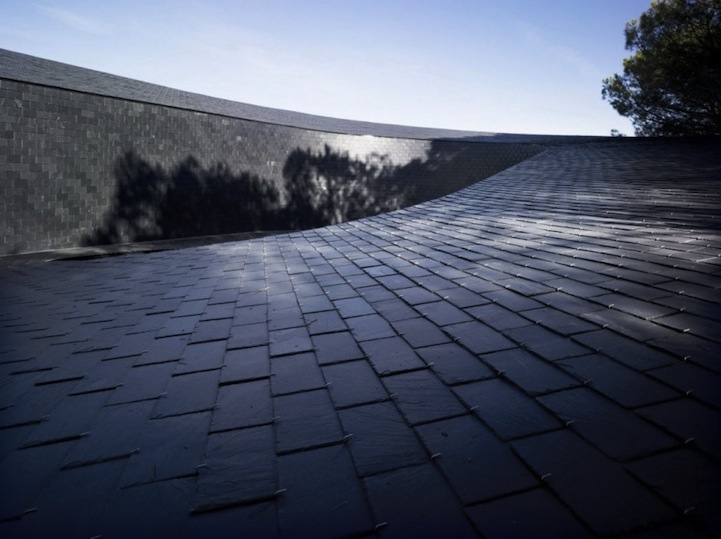 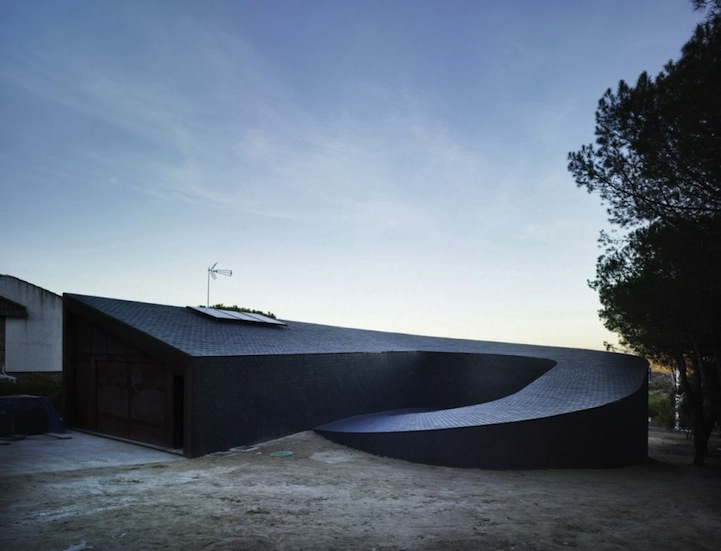 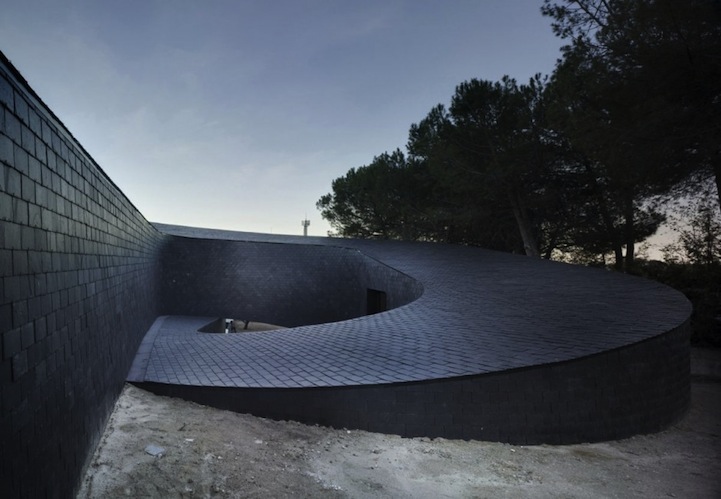 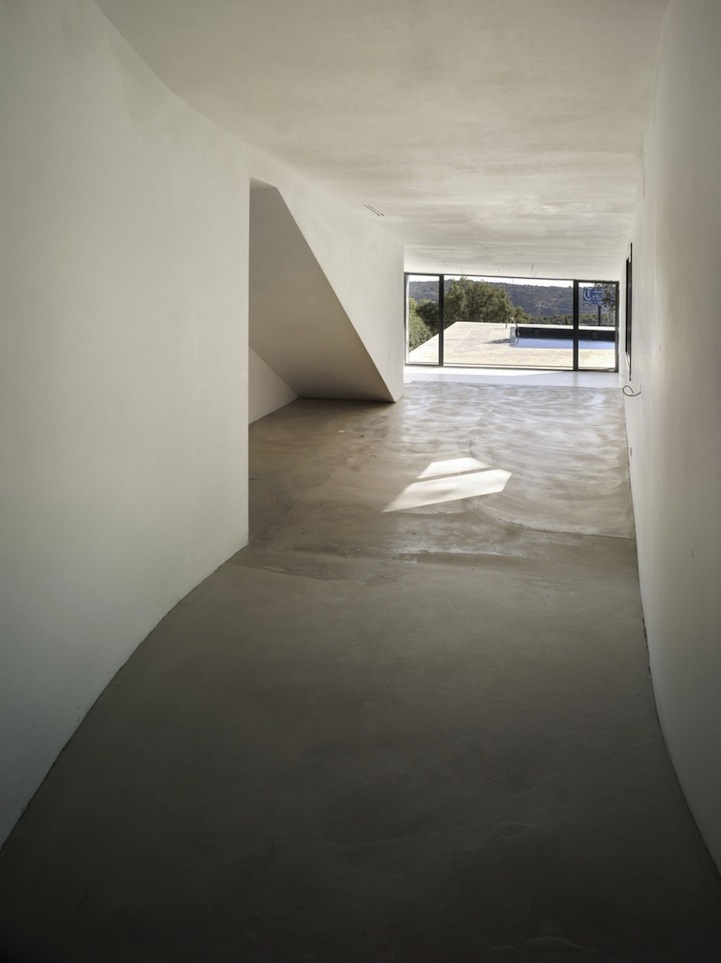 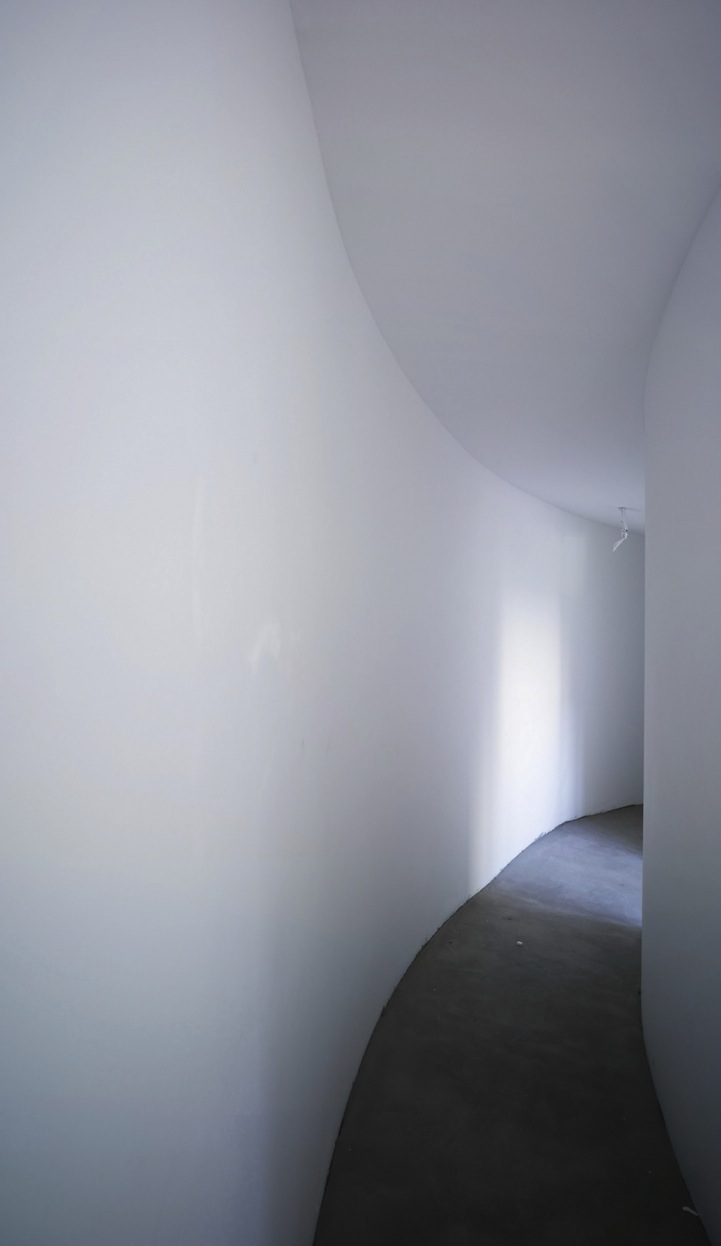 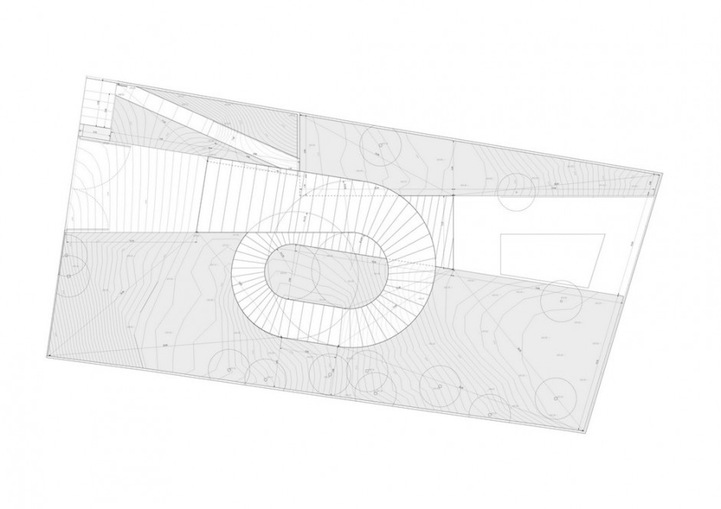 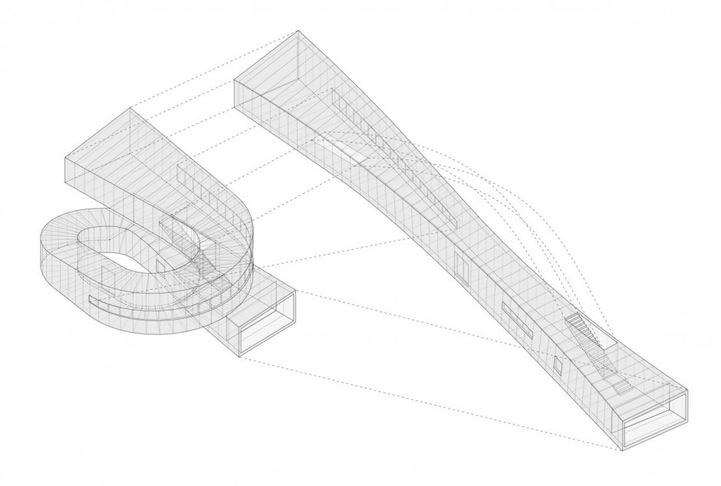