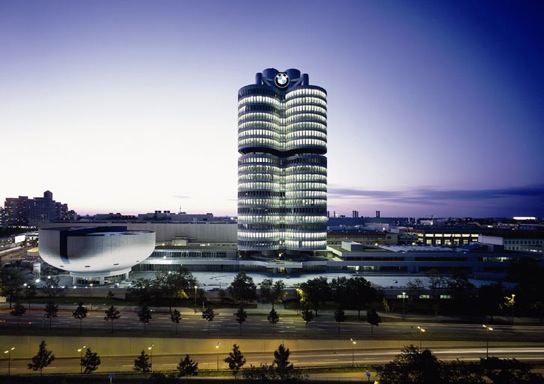 Many of us love and admire the sleek, sexy style, and first-class performance of BMW's. Consistent with their cars, the BMW Museum in Munich, Germany looks pretty spectacular. Through innovative technology and design, the museum takes new approaches to intertwine modern architecture, rad cars, and interactive media. Designed by Atelier Bruecknen, the new museum opened on June 21st, 2008. Along with the BMW Welt, which opened in October 2007, and the BMW factory tour, the museum is the final component of the BMW Triad, where two million visitors are expected annually. 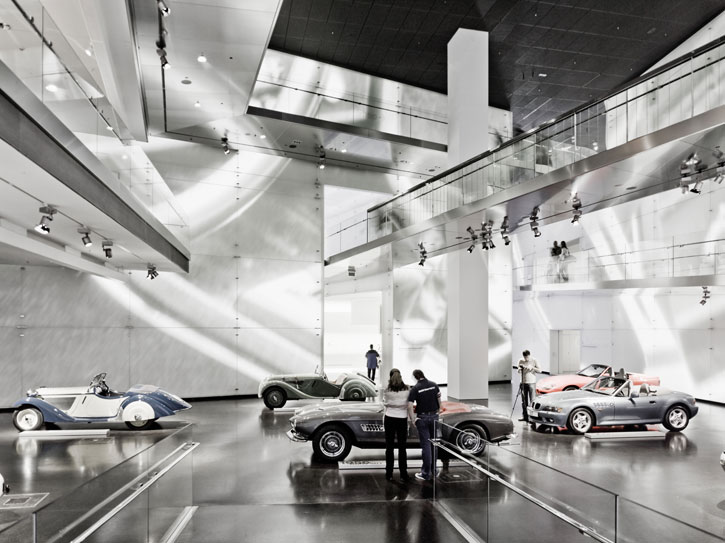 The entrance hall provides a look into the heart of the new museum, the BMW Platz. 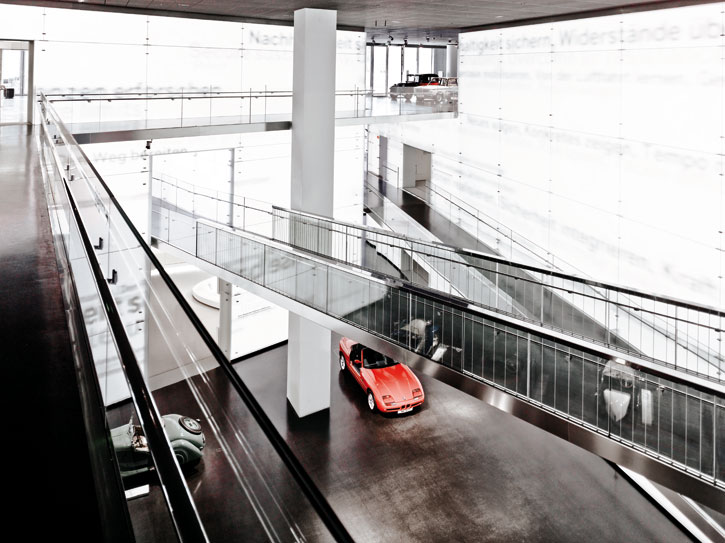 In the preview area, three BMW compact class cars lure visitors into the building. Viewers can then scope out the BMW Art Cars in the gallery or the BMW Roadster in the BMW Platz. 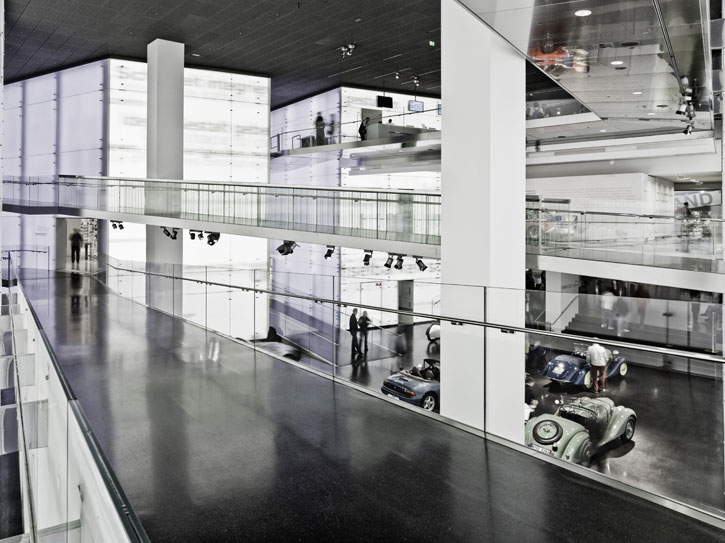 The BMW Museum puts the main focus on presenting themes where the lines of development can be viewed. These begin in the past, direct the present, and inspire for the future. 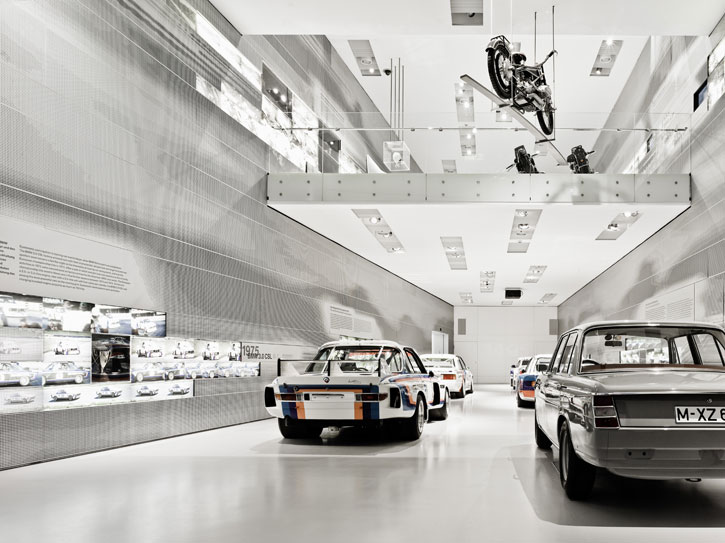 The “House of Motor Sport” outlines the entire racing sport history of BMW. 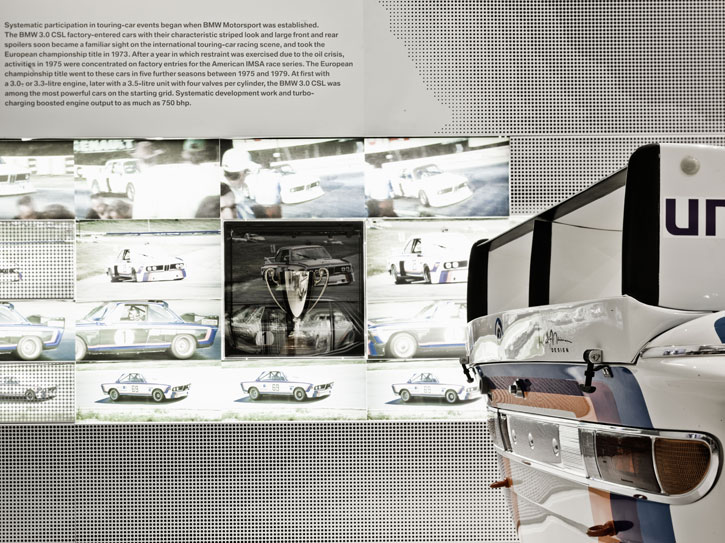 In “Champions. The Will to Win.” the coupe is the core of the whole choreography that produces the legendary racing victories of the standard BMW 328 sports car. The races are introduced on a map of Europe to provide geographical context. Films and pictures, which are projected onto the map, deliver additional information and reflect the fascination of the race and the vehicle. Adjacent to the projection, a speaker reports on the results of the five winning races. 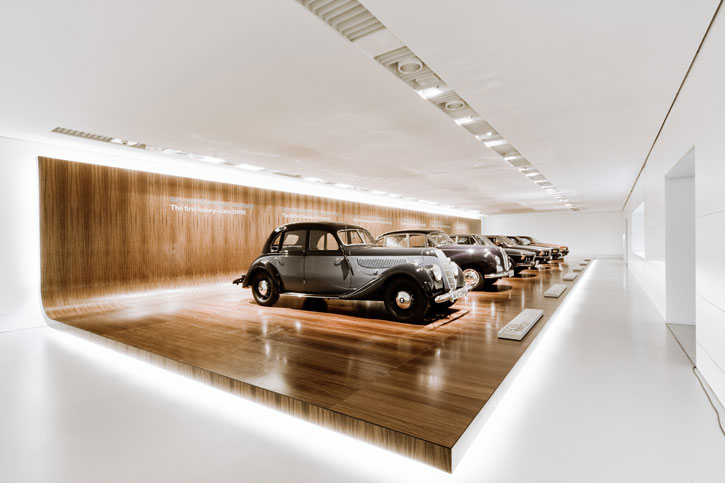 In “BMW 7 Series. Luxury in its Most Dynamic Form.” there are six luxury sedans presented on a lustrous road surface made from East Indian Rosewood. 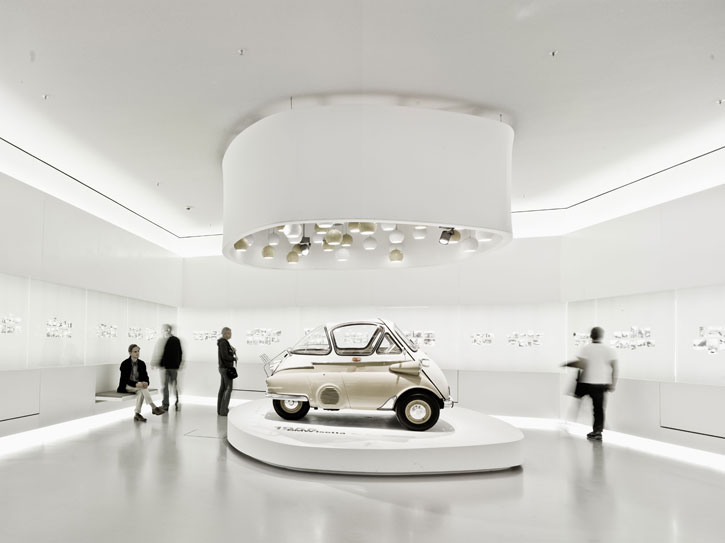 With the “Museum Bowl” Karl Schwanzer designed the first car-specific museum in Germany. Prominent pieces from the BMW collection were exhibited there. Schwanzer's basic idea for the museum building was the “continuation of the street in roundbuilt space”. 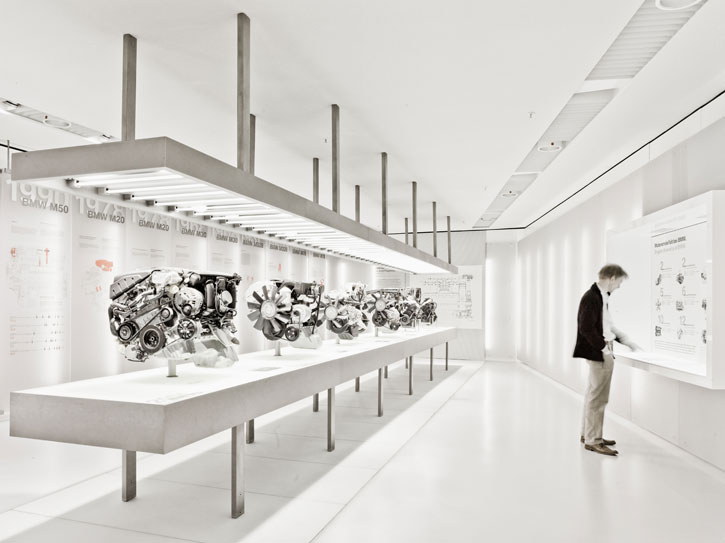 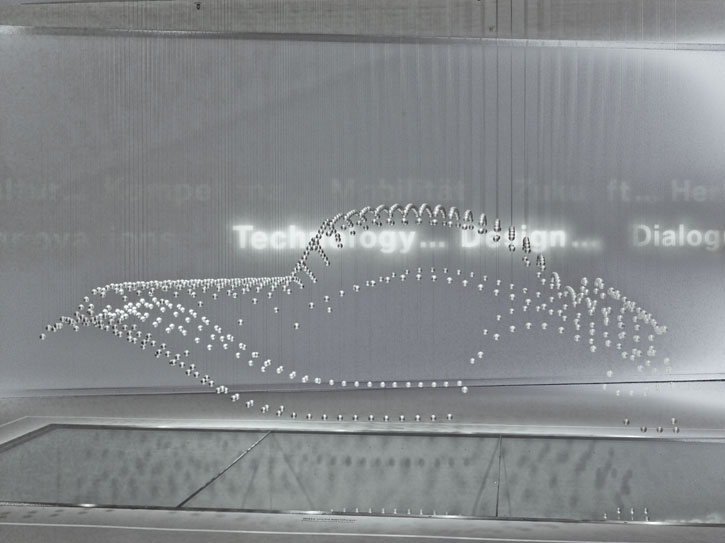 “Kinetic Sculpture” consists of 714 hanging metal balls, that metaphorically translate the design themes into the room. The sculpture cycles through free and abstract shapes to typical BMW vehicle forms. 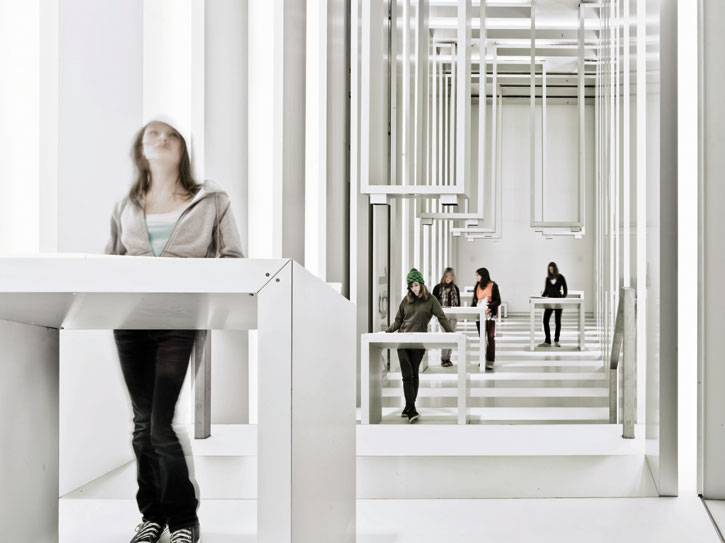 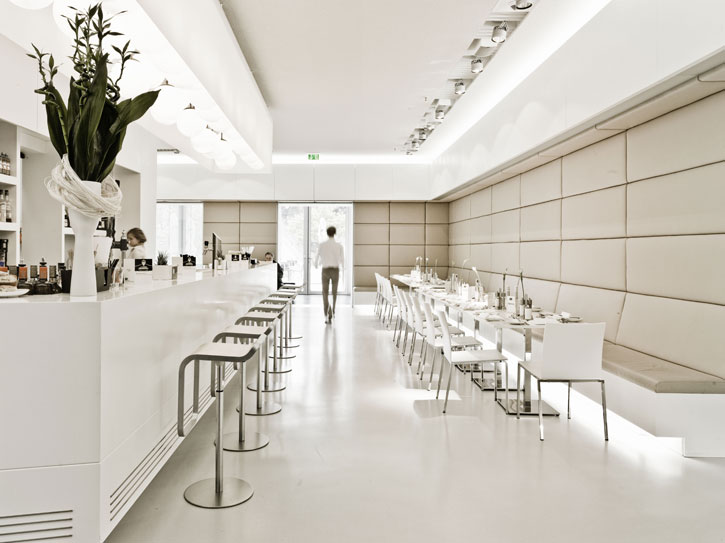 The “House of the Brand” accommodates the Caf Bar M1, the Museum Shop, and a seminar space. BMW Museum website via yatzer