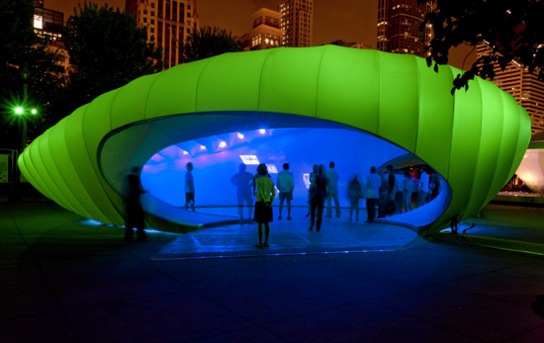 After nearly a two month delay, Zaha Hadid's Burnham Pavilion finally opened to the public earlier this month at Millennium Park in Chicago. The actual photos of the structure look even more impressive than the mock-ups we saw just a few months ago.

The pavilion was created to mark the 100 year anniversary of David Burnham's Chicago plan, which outlined the structure of the city. The temporary installation, which can be dismantled and relocated, is made out of a tent-like structure made of light weight aluminum and dressed in a tensile fabric.

A large screen on the interior of the pavilion features a film about Chicago's historical transformation by local architects. In addition to reminiscing about the past, the interactive pavilion also gives the public an inside look at Chicago's future plans. 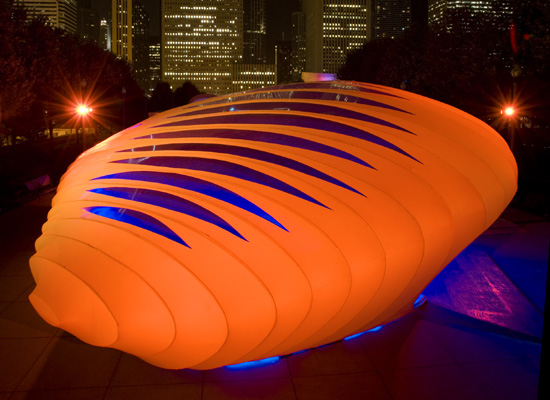 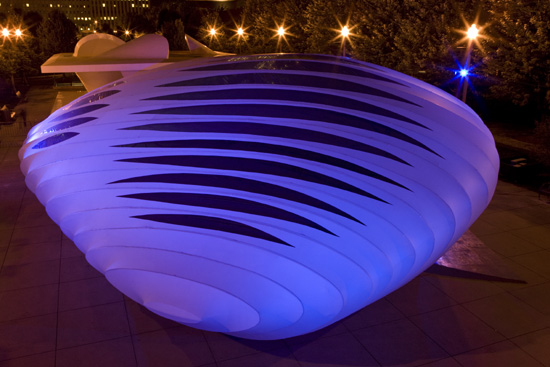 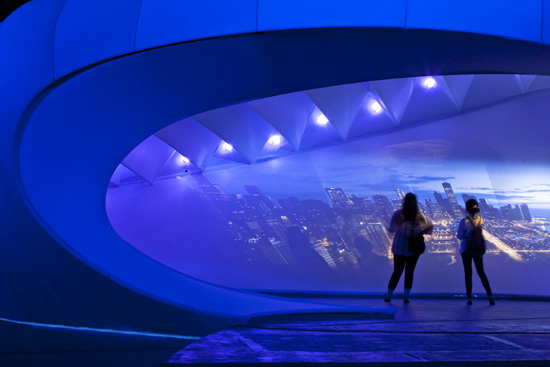 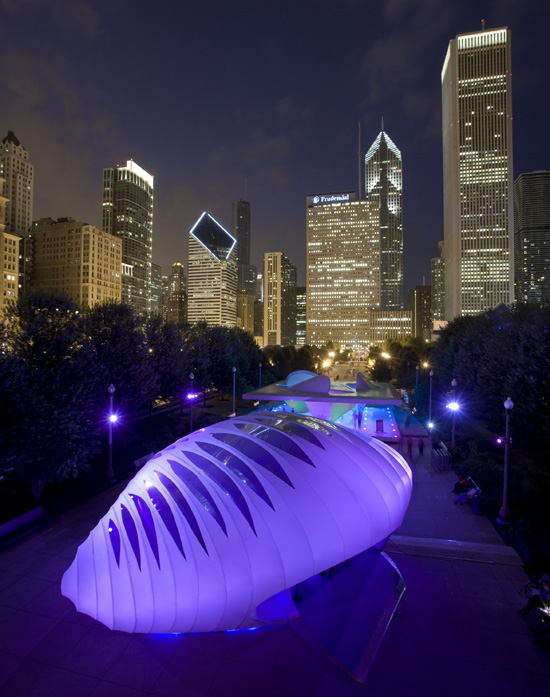 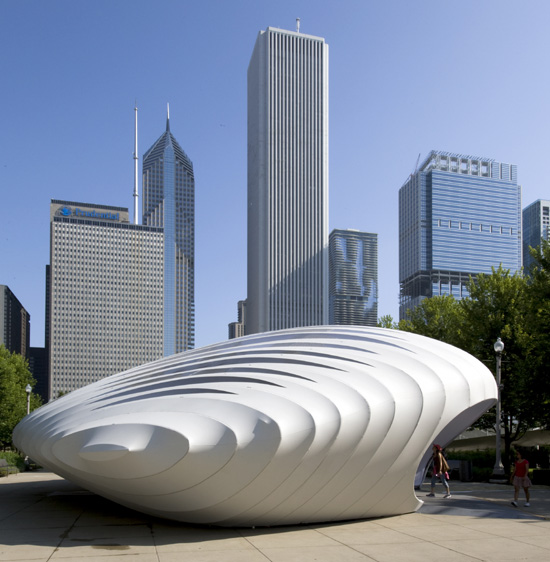 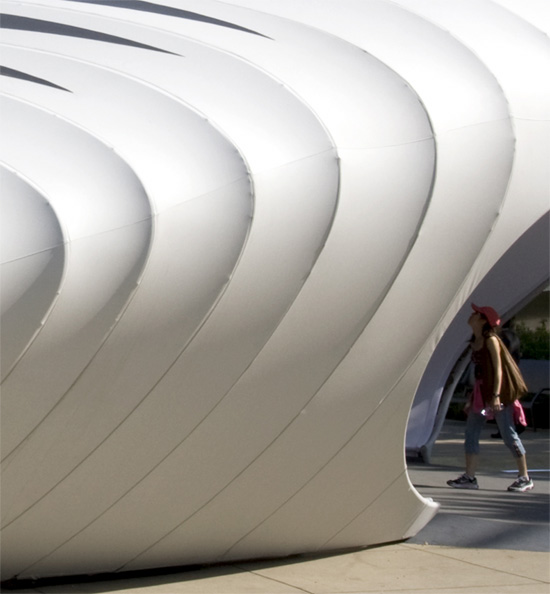 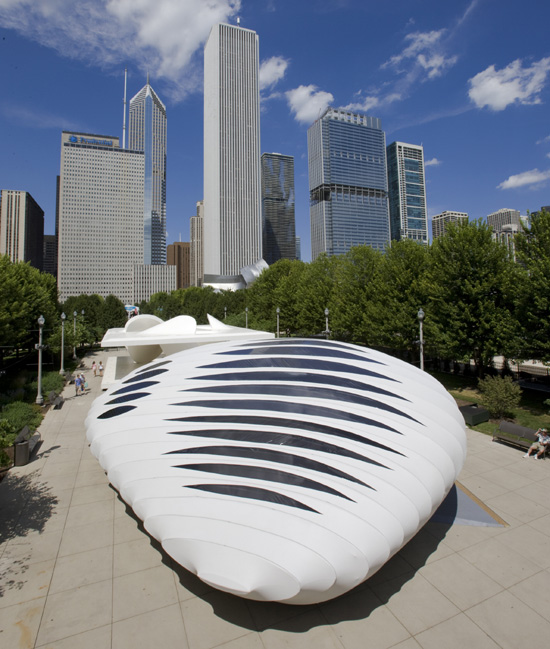