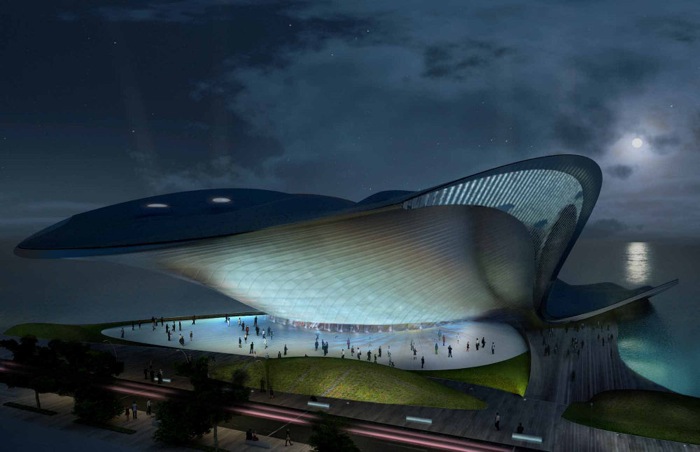 I'm kind of bummed that Studio Nicoletti Associati's Great Blue Whale placed third in an international competition to design the Thematic Pavilion at the 2012 Yeosu Expo in South Korea. The magnificent structure emerges from Yeosu's waters as a great blue whale hurling itself out of the port to represent the Expo's theme: The Living Ocean and Coast.

Studio Nicoletti's Thematic Pavilion attempts to draw attention to the fundamental influence of the planet's oceans and coasts resources, and how dangerous it is for us to ignore them. While the architects felt the iconic and symbolic design holds the message that Yeosu Expo 2012 wants to transmit to the world, it was concluded by the jury that, “its shape is by now quite familiar, with many precedents around the world.”

On a positive note, they added: “It has a strong and powerful form that would become instantly recognizable. The theme of the Expo is symbolically represented with a shape drawn from marine life. The image of the pavilion is consistent with the theme of the ocean. Its fluid shape celebrates the nature of water and the marine life that has adapted to it. It makes a very simple but powerful metaphorical relationship. The exhibition space is very practical for post-use.” 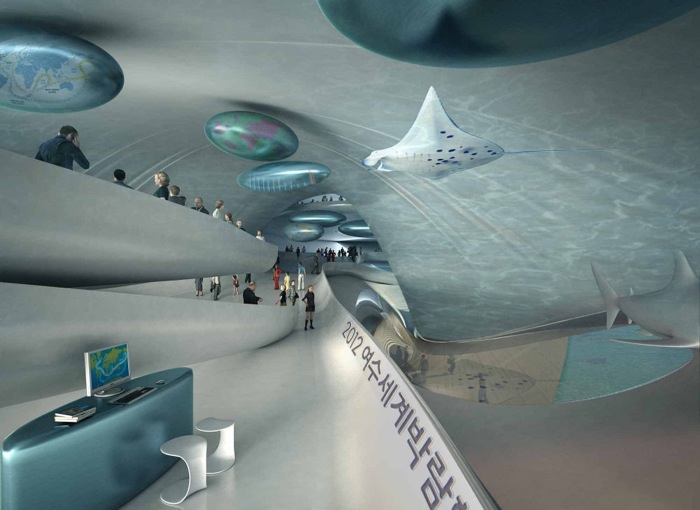 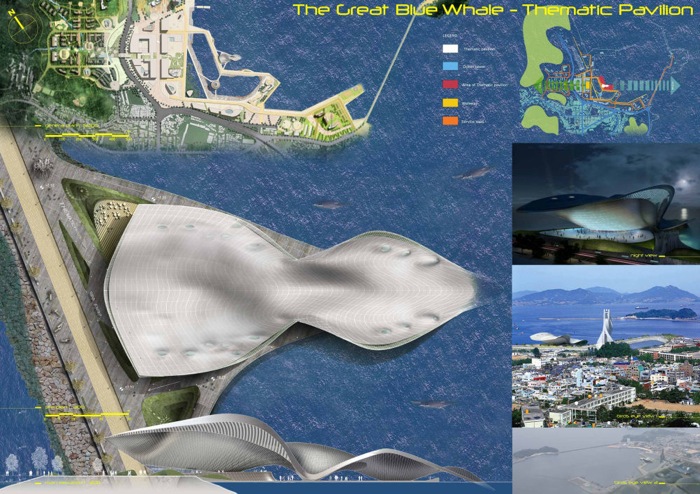 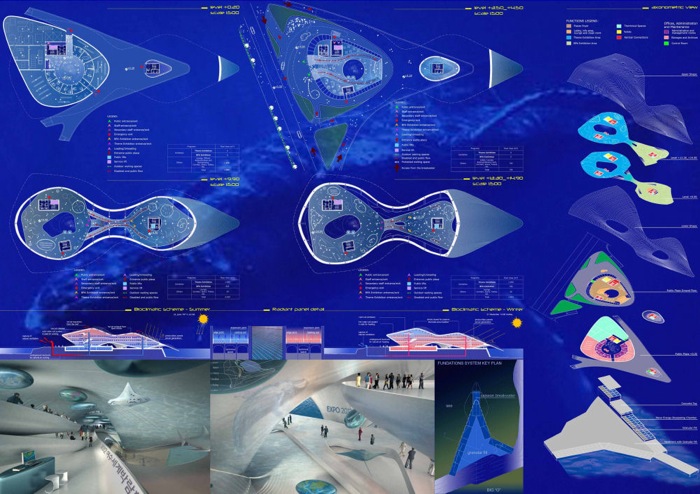