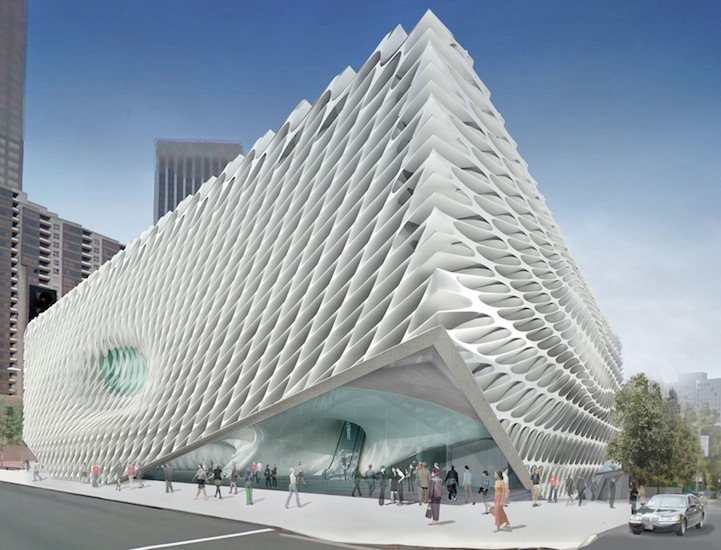 Designed by Diller Scofidio + Renfro, the Broad Museum will play a central role in the re-urbanization of Los Angeles' Grand Avenue, as well as provide a contrast to Frank Gehry's Walt Disney Concert Hall that sits across the street.

Dubbed the “Vault and The Veil,” Broad Museum is characterized by its large archival space, which is covered in a honeycombed, veil-like exterior. The entire second floor serves as the archive vault, which unlike most museums, remains in view rather than being relegated to the basement. The arched and carved ceiling of the lobby serves as the floor for the vault, and the ceiling is the floor of the gallery space.

The Broad Art Foundation will serve as a repository for the Broad's vast collection of contemporary art work. Three stories tall, with parking underneath, the new 120,000 sq ft museum will include almost an acre of column free gallery space, in addition to a lecture hall, multimedia gallery, lobby, gift shop, and espresso bar. The projected cost of the museum is $130 million and completion is slated for 2013. 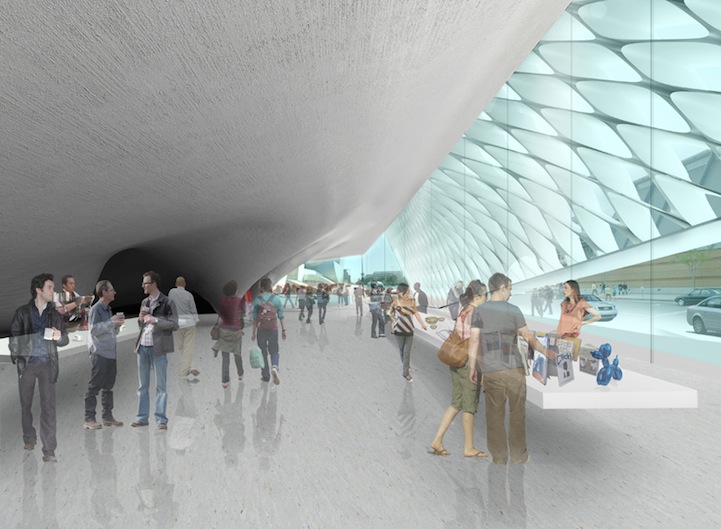 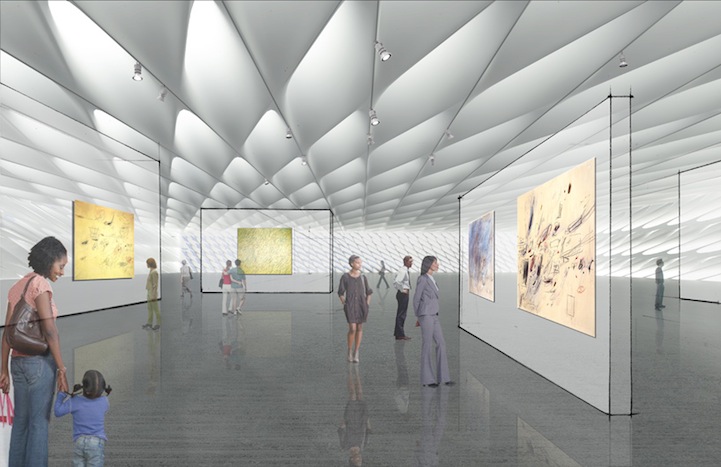 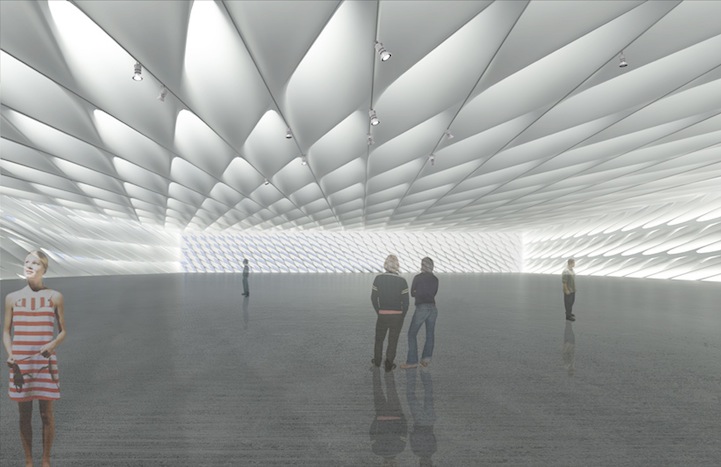 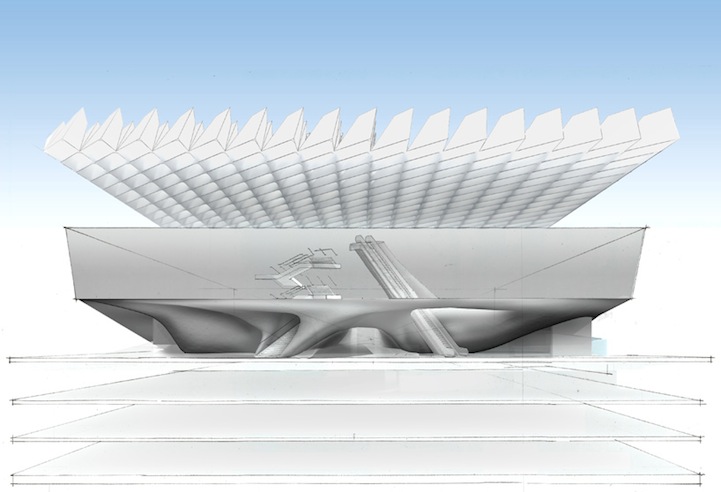 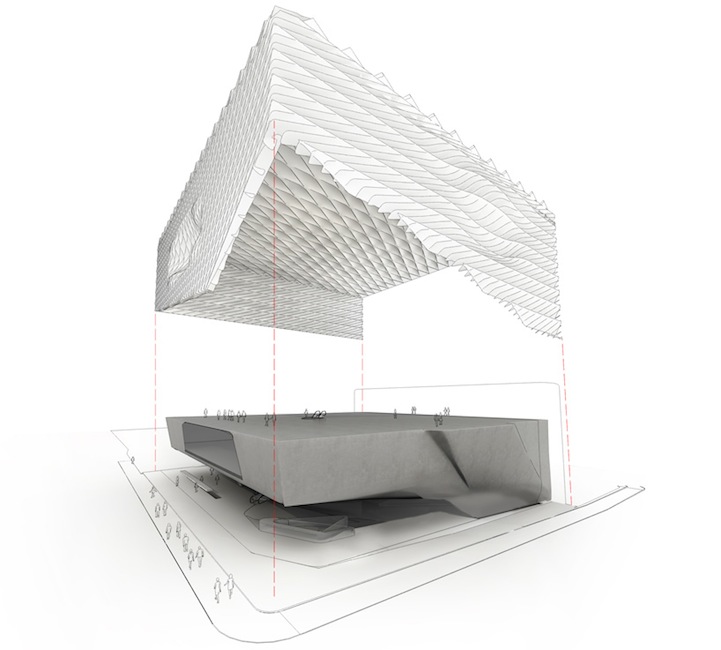