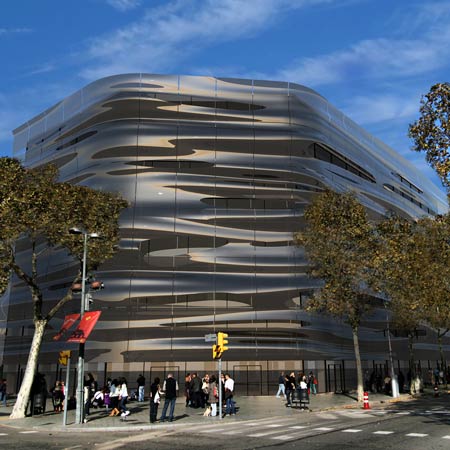 Created for bottled water brand H2O, New York-based architecture group Axis Mundi designed this retrofit facade on an office building in Barcelona that replicates rippled water. The facade, which mimics the undulating pattern found in waves, will be made of a polymer composite and suspended on a steel truss attached to the existing building.

“We documented, categorized, and studied light reflecting off the surface of flowing water in various conditions: in rivers, streams and ponds, for example. We ultimately selected an image that visually appealed to us – subtle ripples in a pond. That photographic image was then imported and modeled into a very precise 3d form.”

The existing six-story building is situated on a busy intersection in Barcelona, close to Antonia Gaudi's residential masterpiece – the Casa Mila. 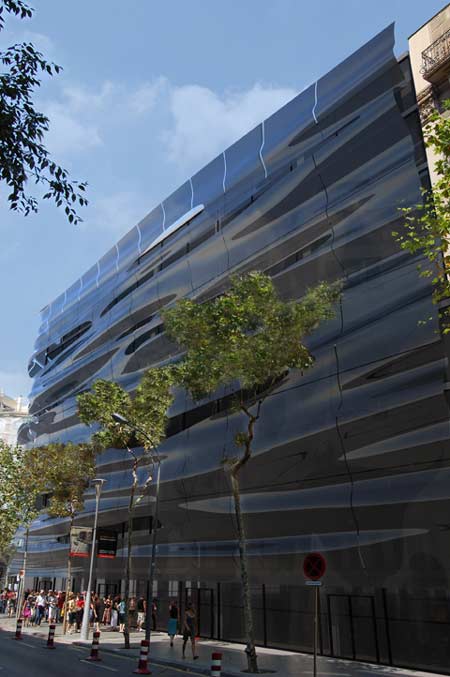 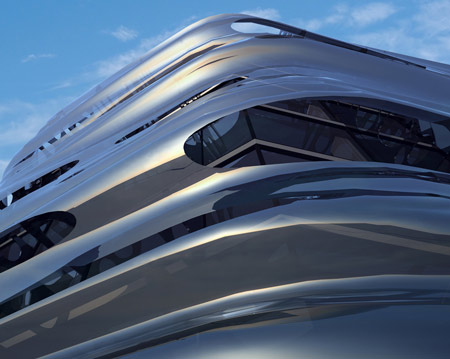