As Sochi prepares to host the Winter Olympics in 2014, Russian architecture firm A.Asadov recently proposed this series of island complexes for their Olympic Village. Five large buildings stand on gigantic artificial lily pads that are raised above water in the Black Sea. From a bird's-eye view these rings form the Olympic rings emblem.

Five colored rings represent different continents around the world. The dark blue ring symbolizes Europe's cold Scandinavian winter. The black tower is meant to resemble an African sculpture. The red tower unites South and North America, and symbolizes Brazilian carnivals, Aztec sacrifice, and Indian Conquest. Asia's yellow ring is meant to look like a Chinese pagoda, with a speckled pattern that recognizes the modern art of the region, and Australia's green ring is meant to resemble green fields in the Australian Alps.

Although the design looks pretty cool, the project will probably never be created. The major issues are the depth of the Black Sea, and the huge costs the project would incur. 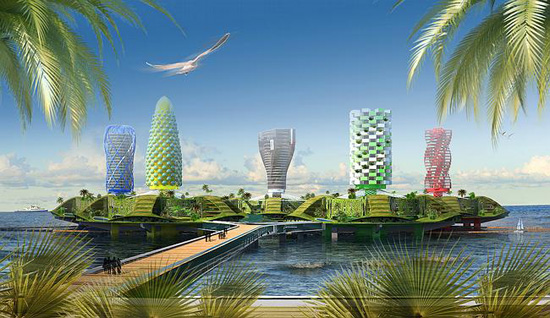 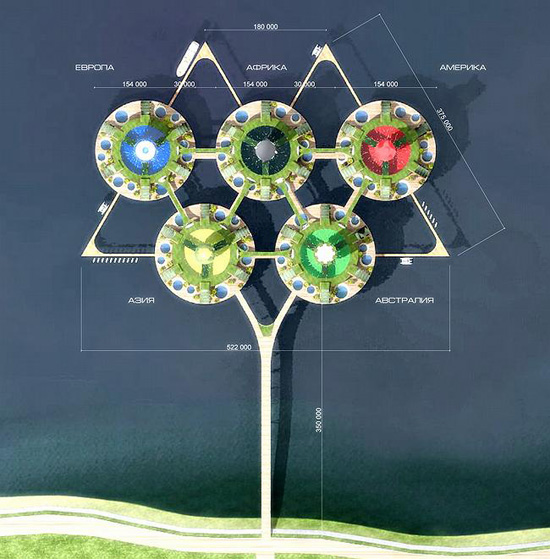 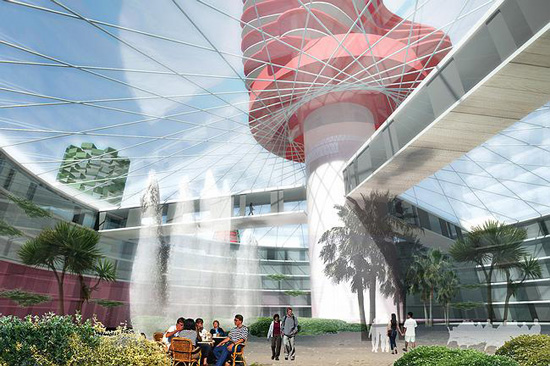