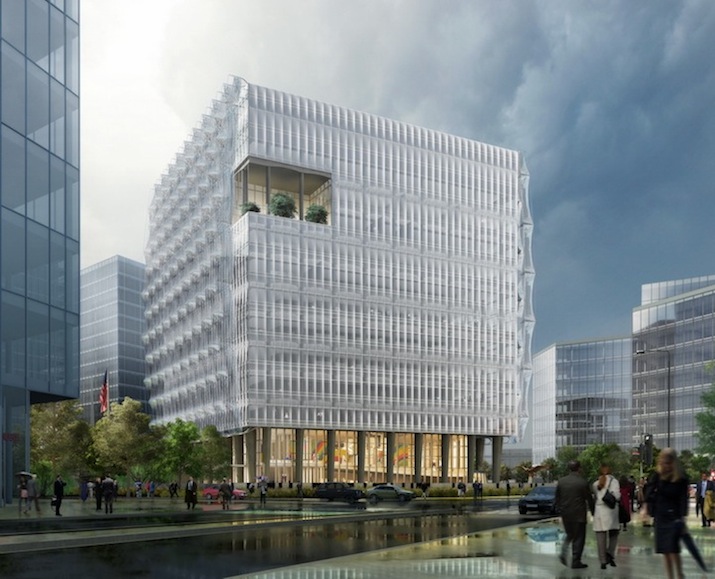 Philadelphia-based architecture firm, KieranTimberlake recently won the competition to design the new US embassy in London. Called New London Embassy, it will be built at Nine Elms beside the River Thames, and will include developing the surrounding area into an urban park.

Regarding the “safety” issue, a semicircular pond will function as a protective moat, while a spiraling landscape to the south sets the building away from potential car or truck bombs. A complex envelope of blast-resistant glass and a polymer skin (known as ETFE) will provide both security and energy efficiency while shading the building on its sun-exposed sides.

The $500 million transparent building maximizes natural light for workers inside, while its facade will be visible to birds in order to reduce bird strikes. Photovoltaics in the building's skin and roof will generate electricity.

According to a statement by the US Embassador in the UK, KieranTimberlakes design “meets the goal of creating a modern, welcoming, timeless, safe and energy efficient embassy for the 21st century.” Construction is set to begin in 2013, and scheduled to be complete by 2017. 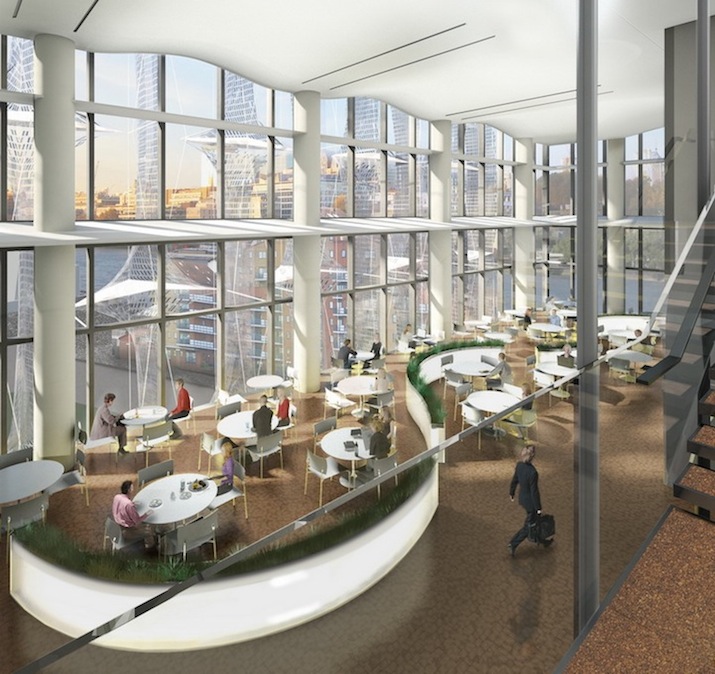 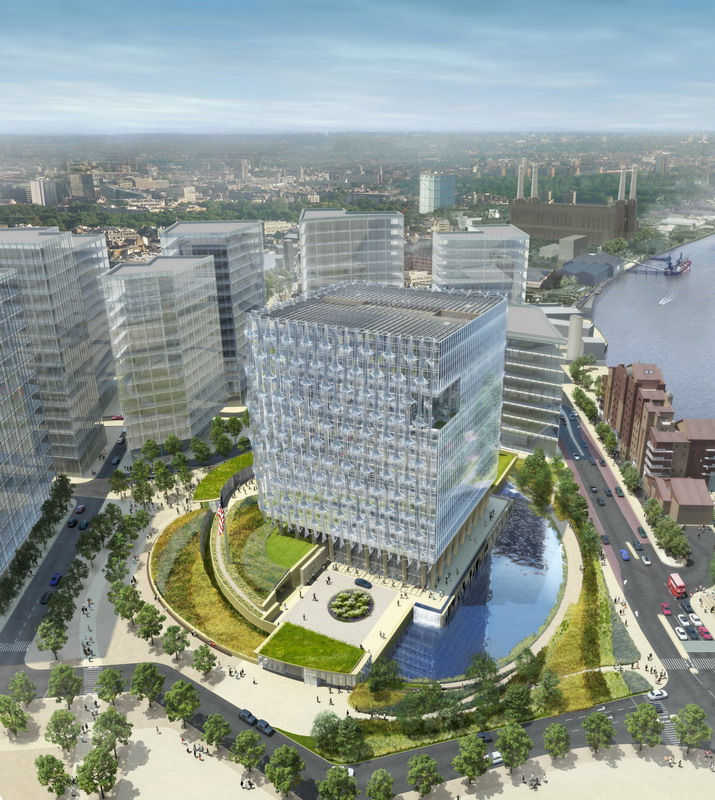 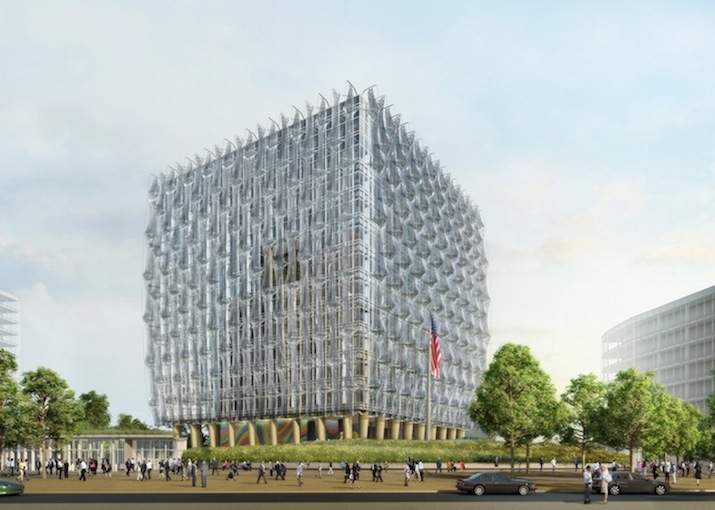 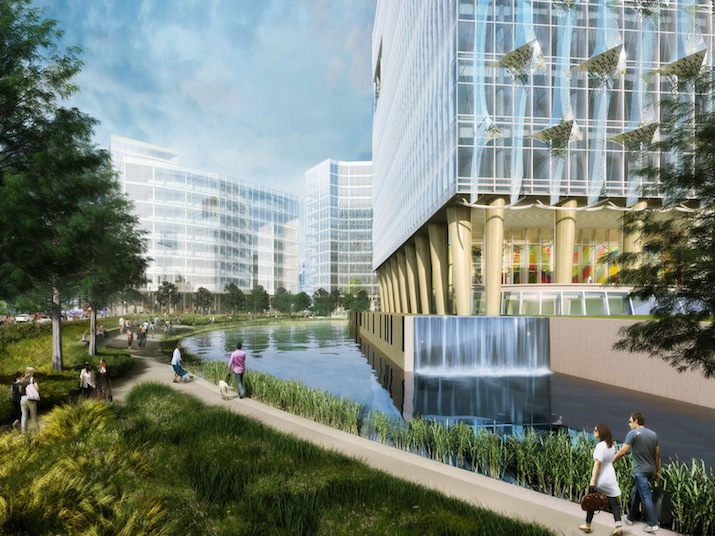