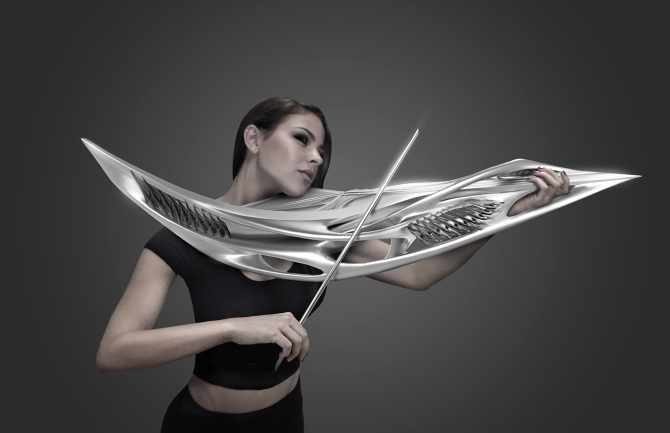 Making its debut next month at the 3D Print Design Show in New York is this 2-string violin that looks like it's from the future. Architects Eric Goldemberg and Veronica Zalcberg of MONAD Studio are known for their cutting-edge architecture but they also work on art installations and product design. At the show, which is from April 16 to April 17, at the Jacob Javits Center, they'll be unveiling this work, the 2-string Piezoelectric Violin. The duo collaborated with musician Scott F. Hall in designing the radical instrument which has the functionality and ergonomics of the classic violin but has a distinct character thanks to the materials used and the methods by which it was formed.

“Our desire to create unusual instruments emerged when we realized the aesthetic and technical issues we were facing as architects did not differ much from those of musicians and composers,” Goldemberg said. He and Zalcberg were interested in exploring a new concept for the violin alongside four other instruments, which will also be displayed – a cello, a monobarasitar, a small didgeridoo, and a hornucopia (or a large didgeridoo). Three performers will play, live, the five instruments throughout the days of the conference.

“Innovation in instrument design is a balancing act of paying homage to history and tradition while at the same time looking forward boldly into the future,” Goldemberg said. 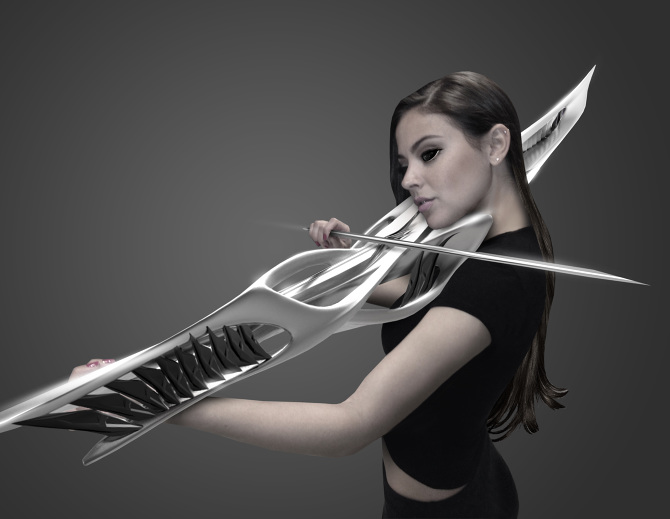