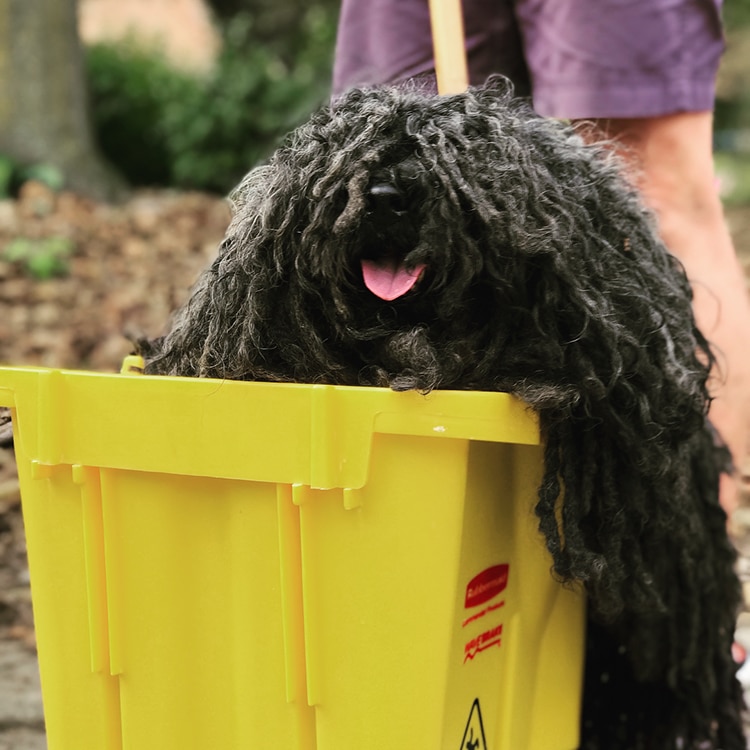 As Halloween fast approaches, you may still be on the look-out for the perfect costume. Whether you DIY or purchase store bought ensembles, don’t forget that dressing up isn’t just for humans; Halloween simply wouldn't be complete without adorable pet costumes. Every year in Covington, Kentucky, dogs and their owners gather to debut their canine costumes at the MainStrasse Paw-Rade. This year, there was one pooch who stole the show.

Meet Keki, the Hungarian Puli whose owner utilized her naturally shaggy look by dressing her up as a mop. This breed’s distinct rope-like corded coat already closely resembles the cleaning tool, allowing this hilarious costume idea to earn top prize at the event. Complete with a yellow bucket, her owner wheeled her through the streets, as she delightedly mopped up the attention.

They may not look it, but Hungarian Pulis are very fast and agile. Fun fact: during ancient times, the breed was used as working sheep dogs. When wolves attacked the livestock, their thick, shaggy locks acted as protection from bites.

Keki the Hungarian Puli dressed as a mop for the Halloween MainStrasse Paw-Rade in Covington, Kentucky. 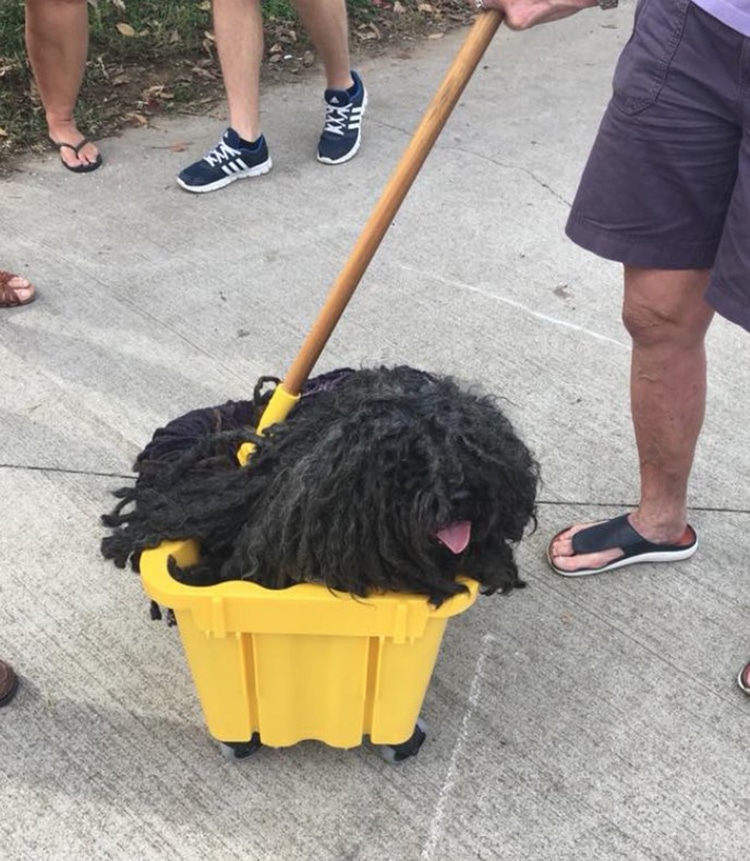 The hilarious costume won top prize at the event, as well as online attention.

Shut it down. #Halloween has been won: This dog went as a MOP https://t.co/ljDdw4ERZa pic.twitter.com/gPzDgN0VdI

halloween dogspotting is giving me life in these dark times pic.twitter.com/l6oKXs93cF

i wish to clean
ur messy floor
i am not dog
i'm mop for sure pic.twitter.com/quxqimYggb