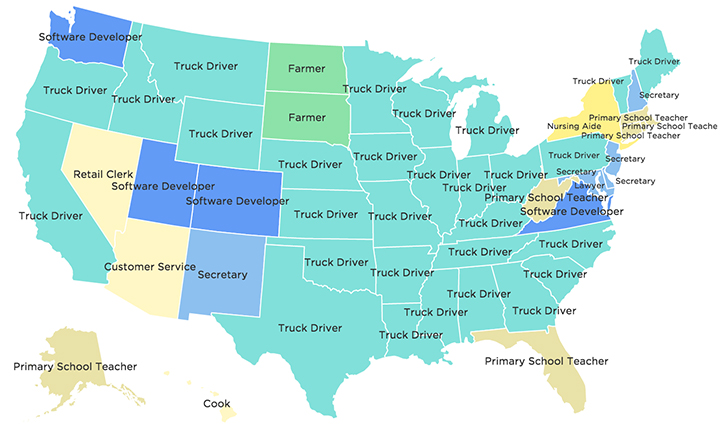 National Public Radio (NPR) recently released a fascinating infographic that reveals the most common job in every state of the United States, and the data may surprise you. They compiled the professions on a series of maps that start in 1978 and track every four years until 2014. So, what's the job that's stood the test of time? Truck drivers.

Over the years, secretaries went from being one of the most common professions to fading into the background. This is thanks to rising technology and the advent of the personal computer. Farmers' roles also diminished in the job force as automation in farming meant that less people could grow more food.

Truck drivers aren't affected by the globalization and automation in the same way as other jobs. One of the biggest reasons is that we still need local drivers to transport our goods from place to place. To track these changes, NPR created an interactive slider where you can transform the US map with a click of your mouse. 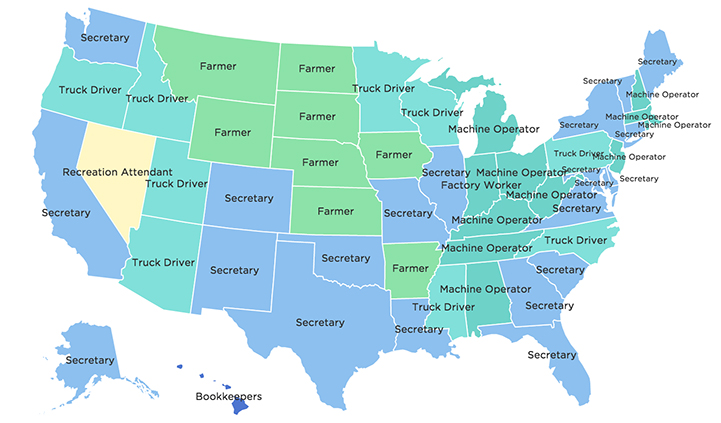 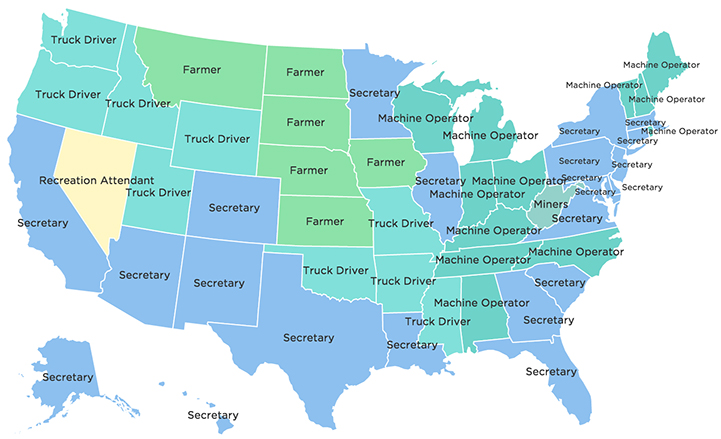 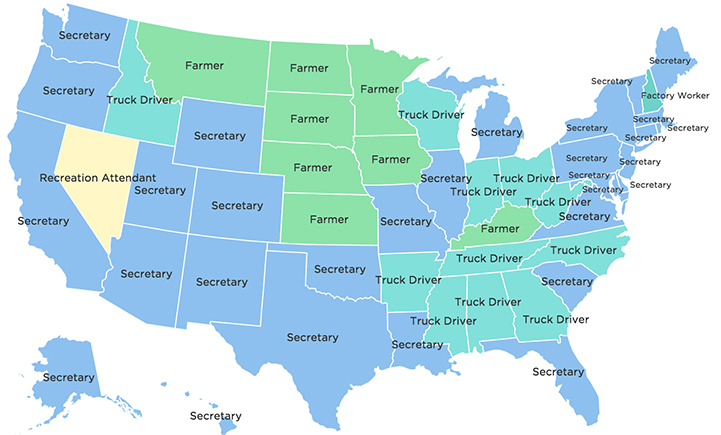 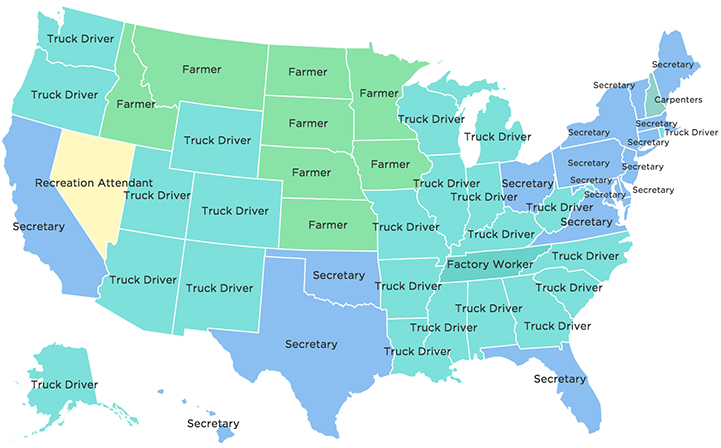 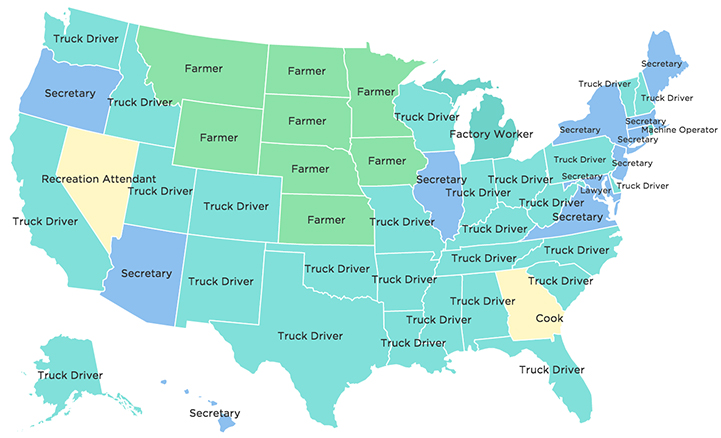 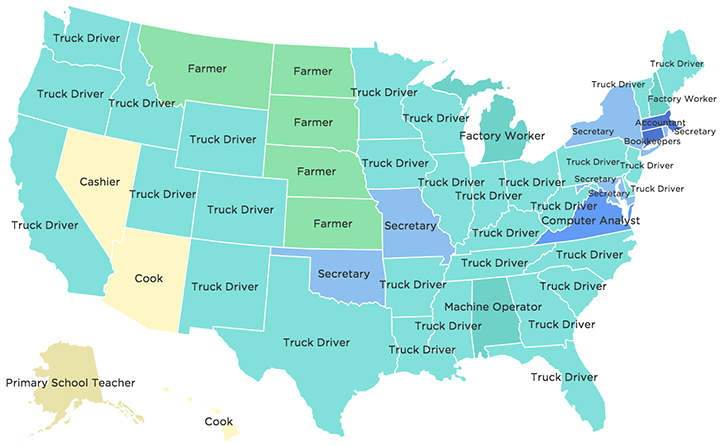 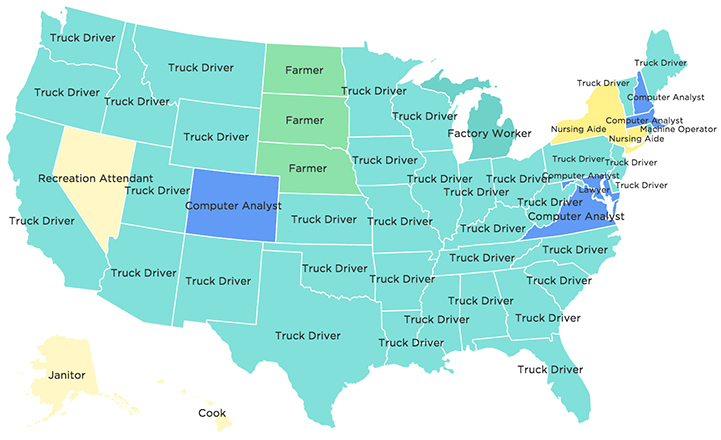 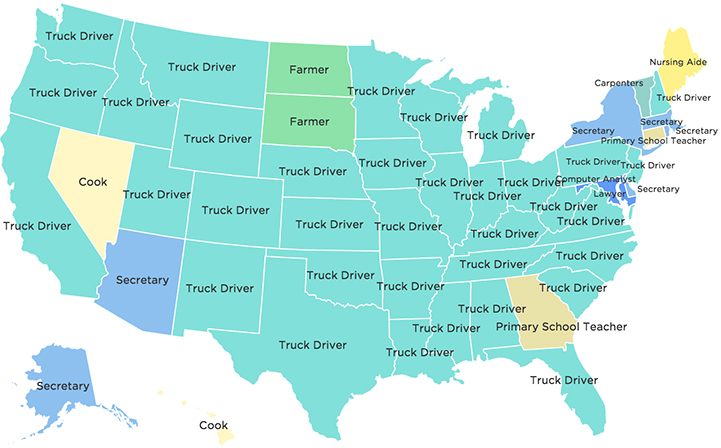 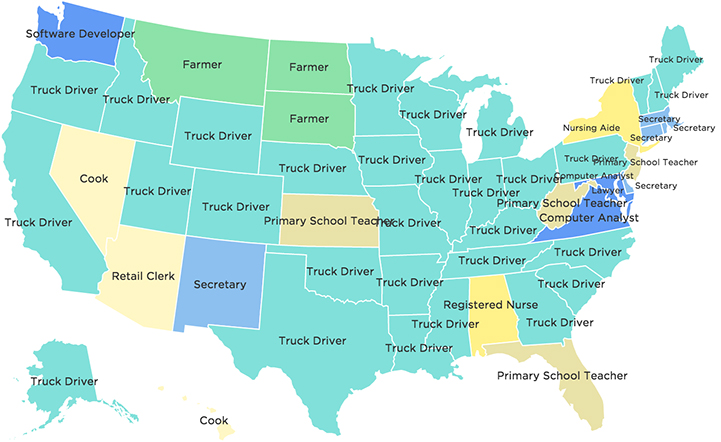