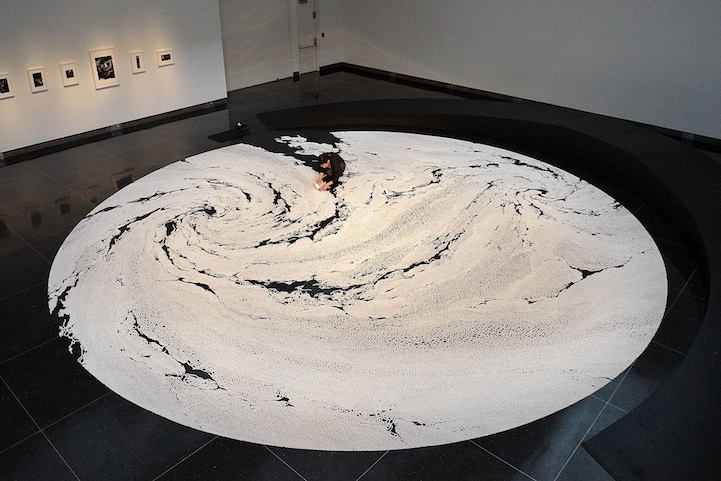 Japanese artist Motoi Yamamoto is back with an amazing, new installation all made out of salt. Floating Garden resembles the ominous image of a tropical storm, similar to the satellite shot you'd see during a weather forecast. Using ordinary table salt, Yamamoto meticulously constructs his incredible works, this time spending more than 10 hours a day for over a week on the floor of The Mary Elizabeth Dee Shaw Gallery of Weber State University in Ogden, Utah.

The artist started working on the installation on February 24 and just completed it last night. The opening reception is tonight and it will remain on display until April 12. The salt, which was donated by The Morton Salt Company, will ultimately be dispersed into the Great Salt Lake.

For those unfamiliar with this artist, Yamamoto began working with salt in 1994 after his sister, just 24 at the time, died of brain cancer. In order to cope with her death, he began making art that reflected his grief. In Japan, salt is used as a part of rituals in some funeral ceremonies and also used to ward off evil spirits and welcome good ones.

Love how this one forms into a perfect circle. See more of his past work, here. 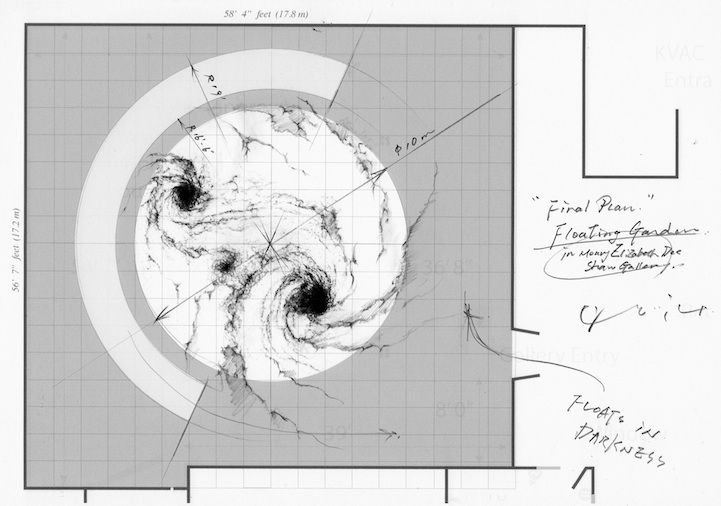 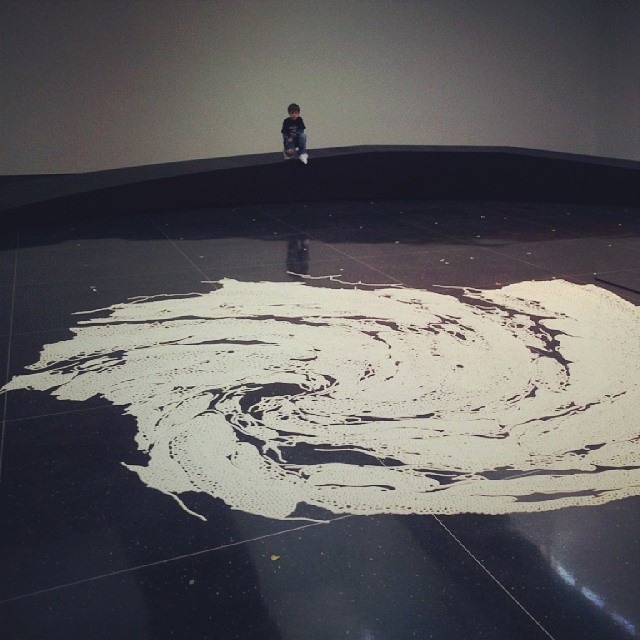 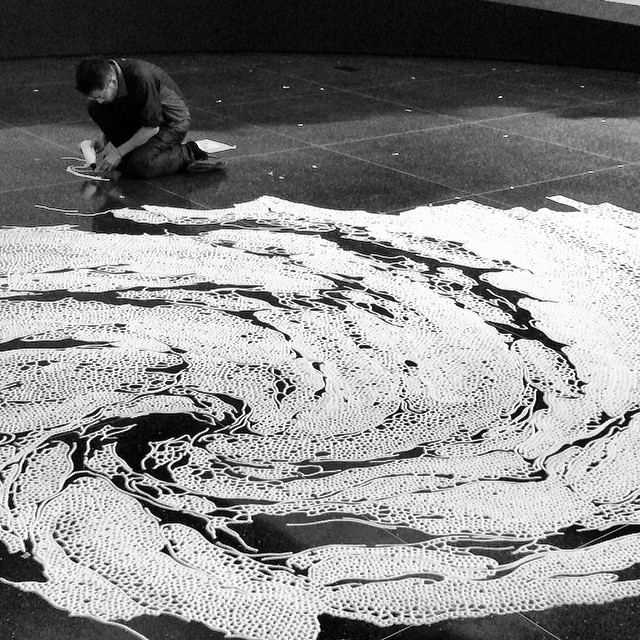 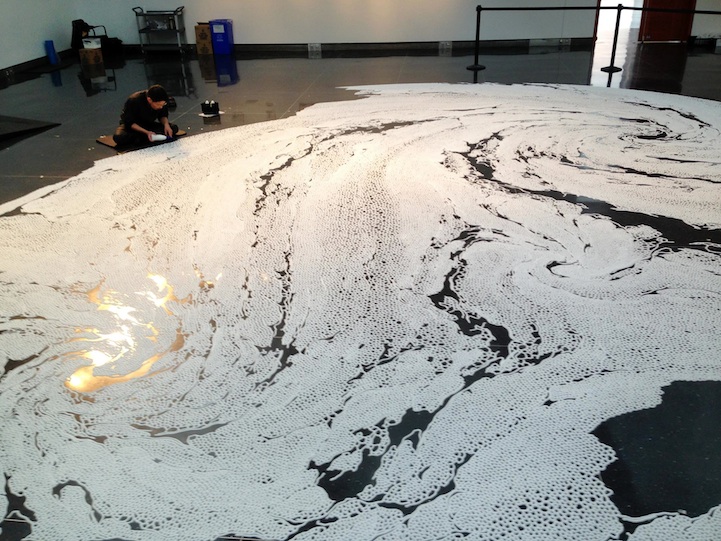