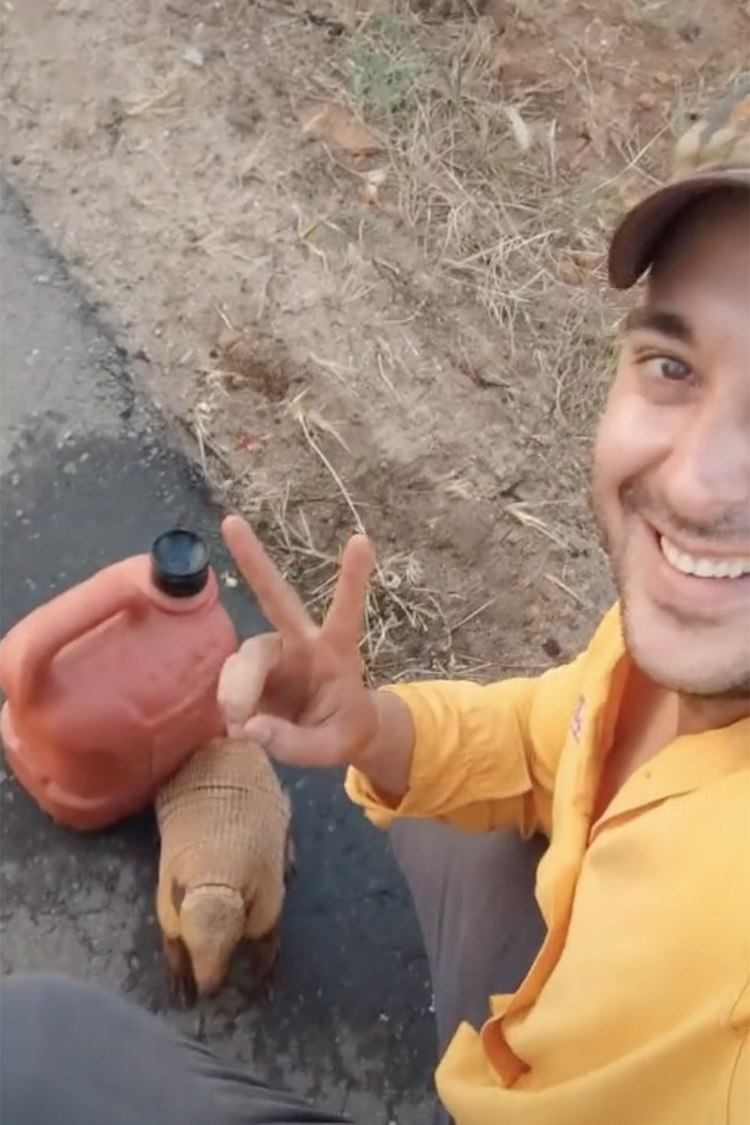 Armadillos are strange yet wonderful creatures. The species is named after a Spanish word meaning “little armored one” which is apt considering armadillos are the only mammal with a hard shell. They typically stay away from humans, but occasionally, they can be found on the side of roads. When motorcyclist Nelson Cardoso was heading home from work on a Brazilian highway, he noticed an armadillo that was looking lost and stopped to help it.

“He was about to cross the street, and the traffic was constant,” Cardoso recalls. “I stopped the bike to get him out of there.” Armadillos have a tendency to jump straight up into the air when they are startled. Unfortunately, this trait often leads to them being killed when they leap and hit the undercarriage of vehicles on highways. Luckily, for this particular armadillo, Cardoso was on hand to make sure it stayed out of harm's way.

After Cardoso parked his motorbike, he was surprised to see the little armadillo walk towards him. “They’re wild animals,” Cardoso explains. “Normally, they’re skittish. But he approached me without fear.” Since it was a hot day, Cardoso grabbed some water and began pouring it over the animal to cool it down. Sure enough, the thirsty armadillo began to drink and even sipped water straight from Cardoso’s hands.

Cardoso captured the sweet moment on video and shared it on TikTok, where it now has over two million views. “It was a great pleasure,” Cardoso says. “Being able to help him was very gratifying.”

Check out the sweet video below.

When motorcyclist Nelson Cardoso was heading home from work on a Brazilian highway, he stopped to help a thirsty armadillo.

In another video, Cardoso encourages the armadillo to walk away from the busy road.

All images via Nelson Cardoso.