Movie on the Radar: Anonymous 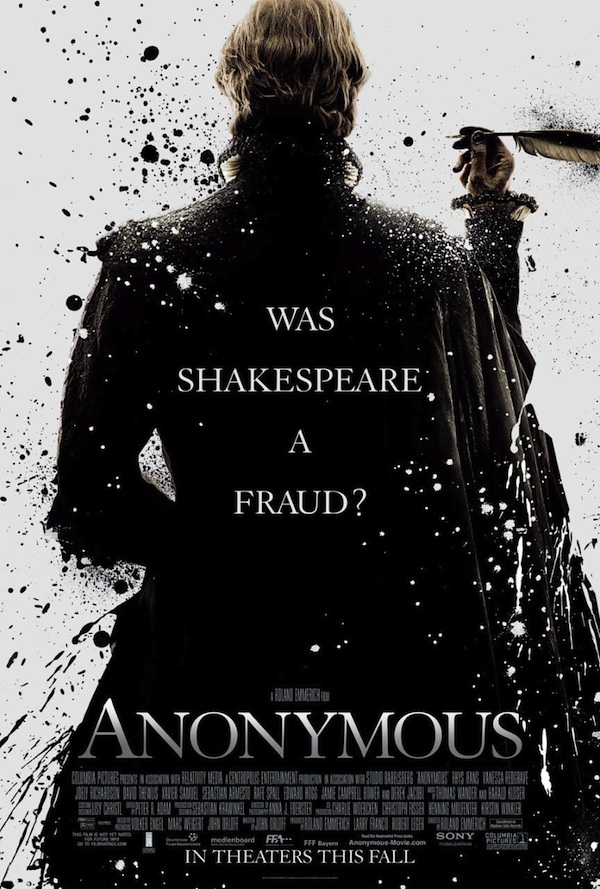 Ready for a must watch movie of the year? Released nationwide on October 28, 2011 is Anonymous which asks the riveting question: Who actually created the body of work credited to William Shakespeare?

Set in Elizabethan England, Anonymous speculates on this issue that has for centuries intrigued academics and brilliant minds such as Mark Twain, Charles Dickens, and Sigmund Freud. This political thriller theorizes that it was actually Edward De Vere, Earl of Oxford who penned Shakespeare's plays!

Anonymous will be released in theaters nationwide on October 28, 2011. It is directed by Roland Emmerich (2012, The Patriot, Independence Day) and stars Rhys Ifans, Vanessa Redgrave, David Thewlis, Joely Richardson, Xavier Samuel and Jamie Campbell Bower. Watch the trailer, below.