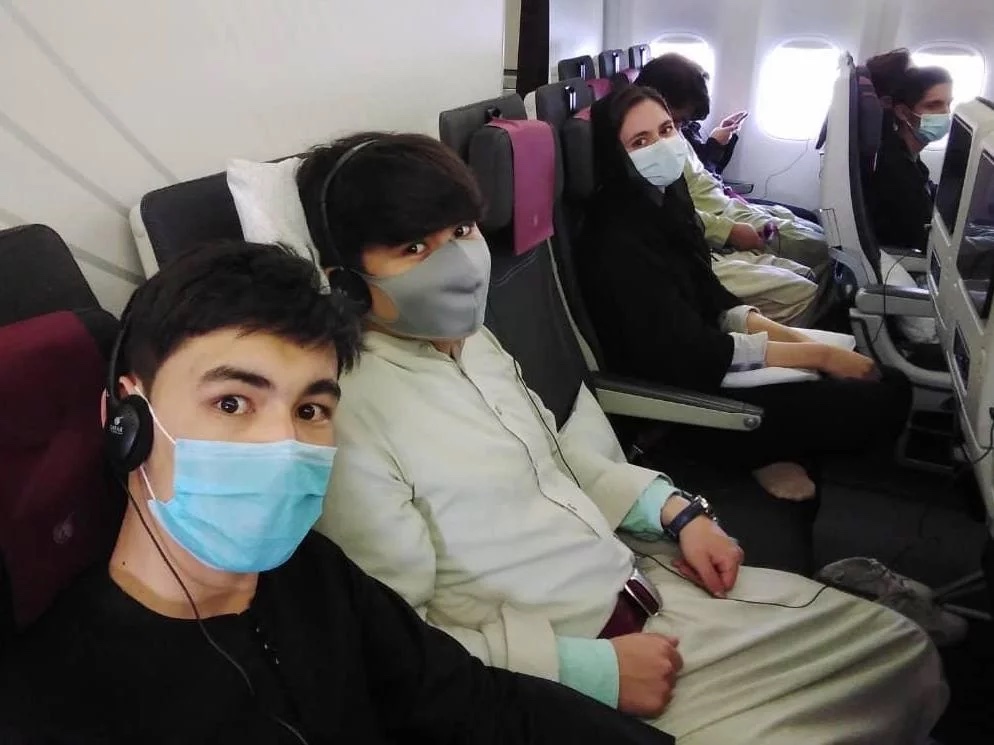 As the Taliban has fully consolidated their control of Afghanistan, people are desperate to flee the country. We’ve recently covered the saga of the Afghan Dreamers, an all-girls robotics team, and their quest to find safety. (Many have made it to Qatar and Mexico.) Now, more creative thinkers have been able to escape fundamentalist rule. More than 100 young artists, teachers, and musicians from the Afghanistan National Institute of Music (ANIM) and Zohra Orchestra were airlifted to Qatar. The groups were a target for the Taliban as they promoted education for girls and are a vehicle for self-expression; in the Taliban's previous rule of Afghanistan (from 1996 to 2001) they restricted nonreligious music.

The successful escape came after weeks of trying to leave the country. The international community had been intervening—including musician Yo-Yo Ma—and the all-female Zohra Orchestra came close to leaving in September. They were within yards of the airport but were ultimately turned away.

On October 3, 2021, the two groups were finally successful thanks to “a lot of negotiations behind the scenes” and help from the Qatari government. The refugees plan to resettle in Portugal where the government has agreed to grant them visas.

“One hundred lives have been saved. One hundred dreams have been saved,” remarked Dr. Ahmad Sarmast, ANIM's director and founder. He opened the school in 2010 and has been out of the country visiting family, helping efforts from afar.

While many people from the school and orchestra were able to safely leave Afghanistan, there is still more work to be done—more musicians are desperate to get out of the country. “The mission is not complete,” Dr. Sarmast explained. “It just began.” If you feel compelled to help ANIM in their efforts to keep students and faculty safe, they are now accepting donations through their website.

More than 100 young artists, teachers, and musicians from the Afghanistan National Institute of Music (ANIM) and Zohra Orchestra fled the Taliban rule and made it safely to Qatar.

Admire the talent of the ANIM students in the video below: