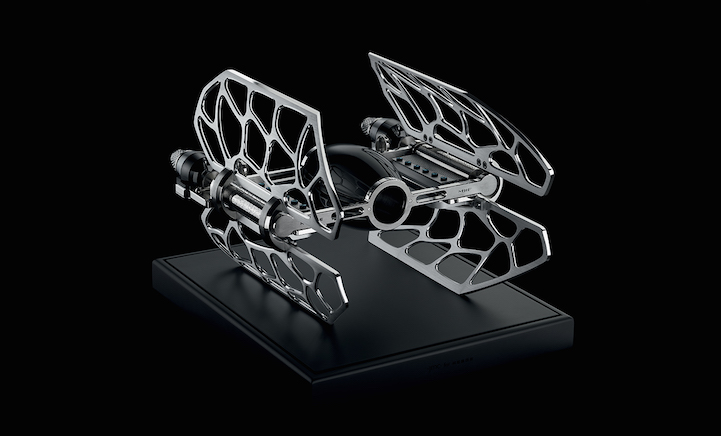 The MusicMachine 3 (MM3) by Maximilian Bsser and Friends is a modern music box that has Star Wars fans in mind. This elegant gadget resembles the film's signature TIE fighter ship, as it plays music from the popular franchise, in addition to songs from other beloved action and adventure flicks.

The TIE fighter's design cleverly disguises the components that make the music box sing. Its lattice-like wings protect the dual music cylinders, which each play three melodies: the left wing plays tunes from Star Wars, Mission Impossible, and James Bond, while the right one performs The Godfather, Merry Christmas Mr. Lawrence, and The Persuaders. The music is powered by two independent movements mounted on the two tail sections, and each one has its own winding key camouflaged as thrusters. In addition, the ship's rotating radar dish is actually a circular fan governing the unwinding speed/music tempo.

The MM3 is produced as a limited edition of 99 pieces that come in white, black, and “chrome” finishes. There are 33 available of each color. 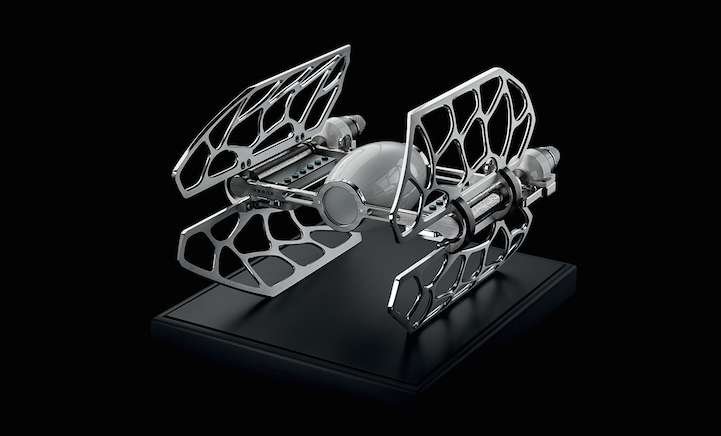 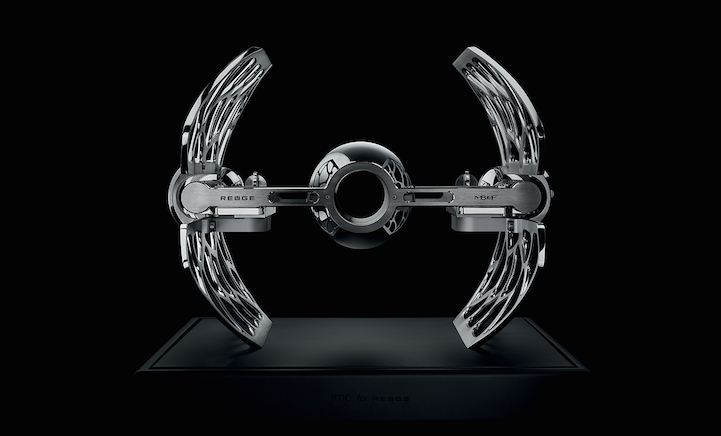 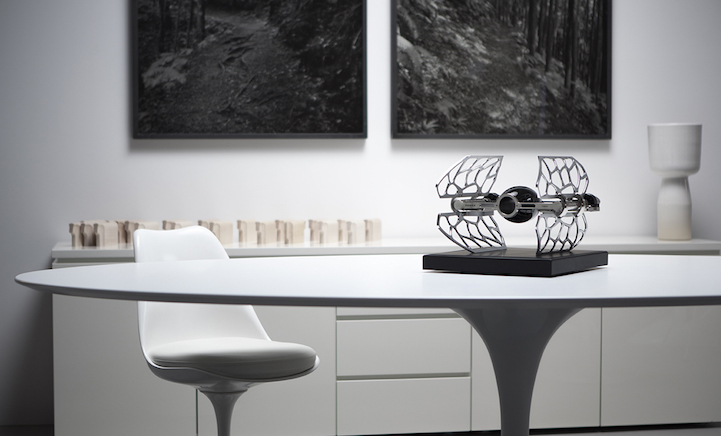