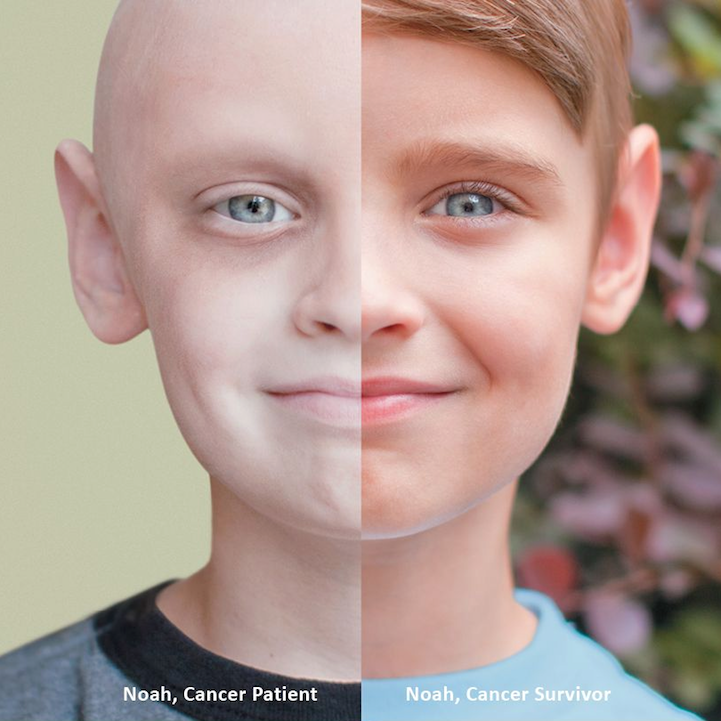 Noah is a 7-year-old cancer survivor who was first diagnosed with AML, a rare and aggressive form of Leukemia, at the tender age of four. His incredible story is visually told through this powerful before and after split portrait, which shows the brave, little guy's journey as a cancer patient with a 50/50 chance of survival on one side and his current state as a healthy, cancer-free, survivor on the other.

Though the battle was not an easy one, the image spreads a message of hope. The Children's Cancer Center at Batson Children's Hospital, which is where Noah received his treatment from a dedicated team of doctors, nurses, and health professionals, is now sharing Noah's story. In an effort to spread awareness of the quick test (involving a simple prick of the finger) that determines whether a child has cancer and to spread a boost of optimism, Noah's image is being shared in a campaign of hope that emphatically states “My Life is Proof.”