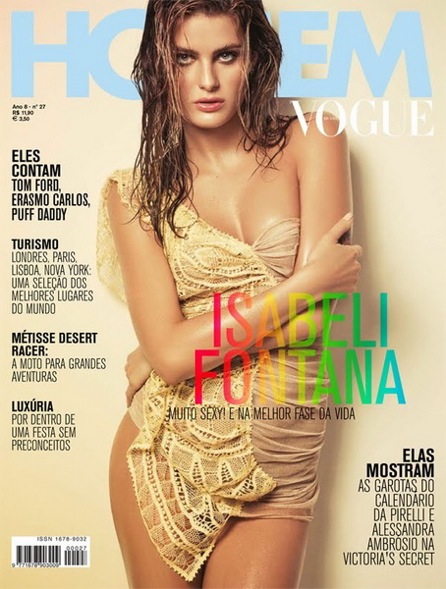 Brazilian bombshell Isabeli Fontana covers the December 2009 issue of Vogue Homem Brazil. Born on July 4, 1983, Fontana caused controversy in 1999 when she appeared in the Victoria's Secret lingerie catalogue at the age of 16. Soon after the Victoria's Secret shoot, she was signed by Versace, Ralph Lauren and Valentino.