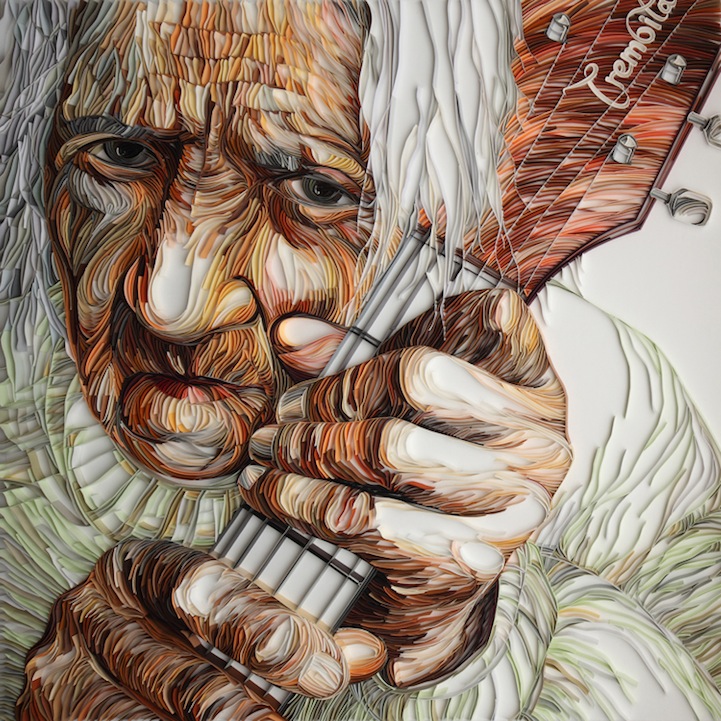 We have written about Yulia Brodskaya and her beautiful paper graphics before, but when we discovered her recent piece, titled Babushka, we were in complete awe. We knew we had to get in contact with Brodskaya to see if she could provide us with more information. After emailing back and forth, she sent us the photoset (featured below) which showed the piece at different stages.

Besides the unique use of light and shadows, the piece itself is absolutely mesmerizing. You can't help but feel the same sadness that her character feels. It takes a well-practiced and refined skill to pull such strong emotions out of viewers by using only colored-strips of paper. While many would regard such material as scraps, Brodskaya sees them as a powerful medium.

She uses a technique called quilling which she describes as involving “the use of strips of paper that can be rolled, shaped, and glued to the background.” Brodskaya mentions that, at first, she was concerned about the limitations of this technique but later learned that the limitations have become an advantage. “After working with paper quilling for over three years, I am at a point where I don't feel constrained by the technical challenges of the medium; I'm eager to keep experimenting, and this piece is just a beginning.” 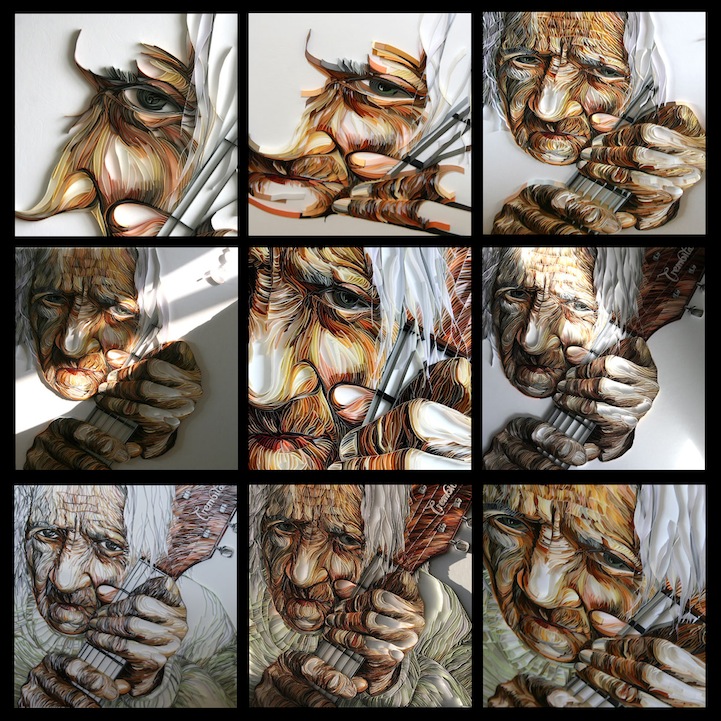