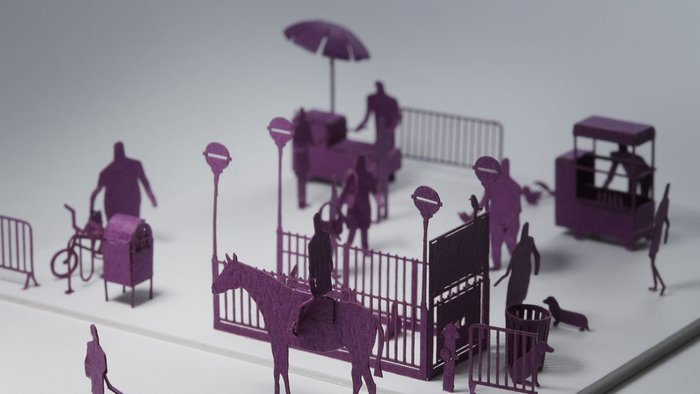 Bring a miniature version of New York City right into your home with this paper model set by architect, designer, and modeler Naoki Terada. The multi-talented Tokyo-based artist owns an architectural firm and focuses on structural and interior design, as well as furniture and home accessories. Initially he used these models for work in the architecture firm but after many years and much popularity, he decided to make his clever miniature scenes available for purchase.

All of his model sets are scaled to 1/100 and the New York City set comes in black, white, or purple. Pop the pieces out of the pack and set up the city streets with basic shapes including people, dogs, squirrels, hotdog stands, subway stations, mailboxes, fire hydrants, bicycles, street signs, trash bins, even a police man on a horse. In addition to New York, Terada has many other sets including a Tokyo street, a soccer field, a zoo, and even pop-up greeting cards. 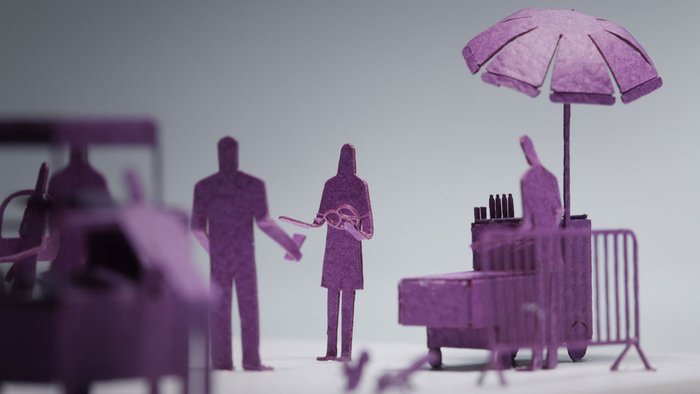 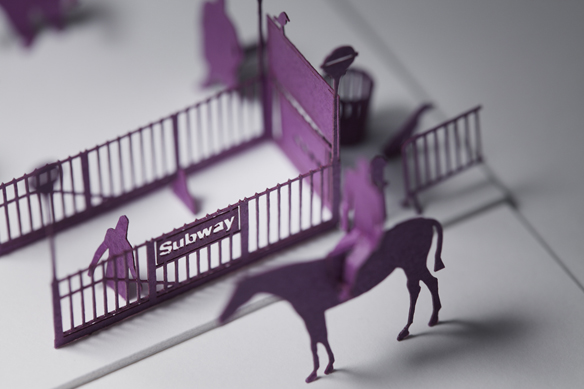 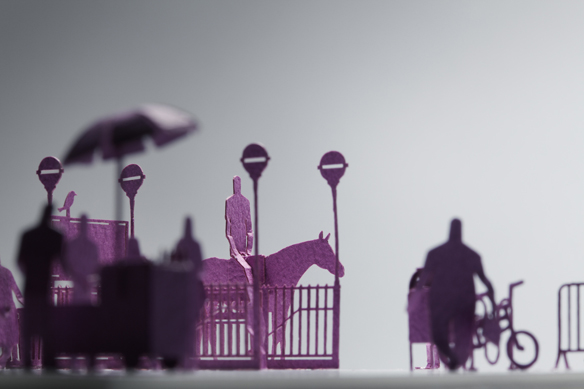 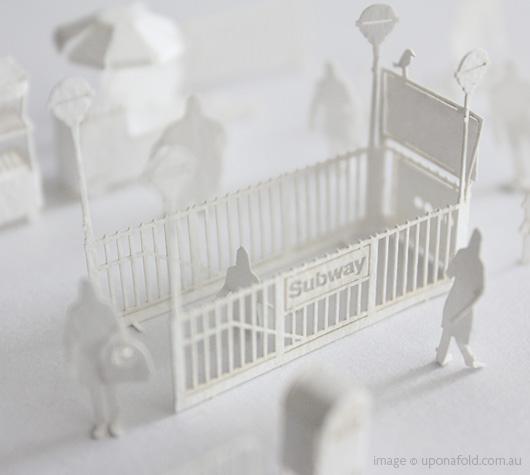 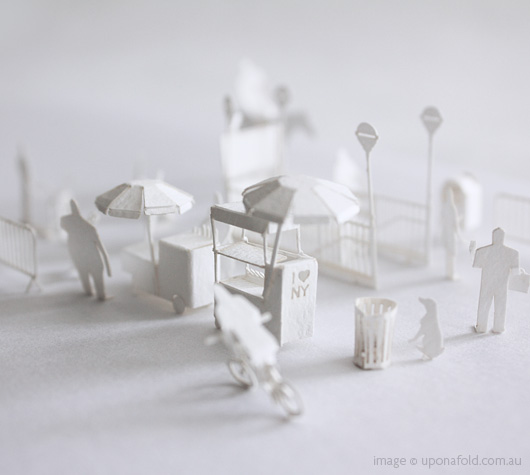 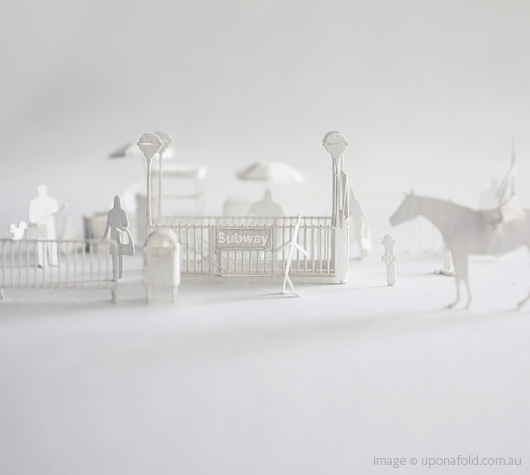 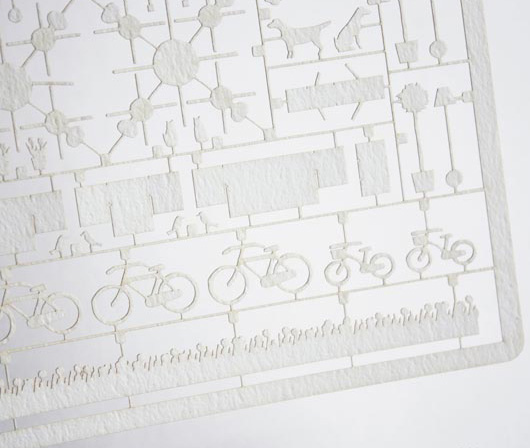 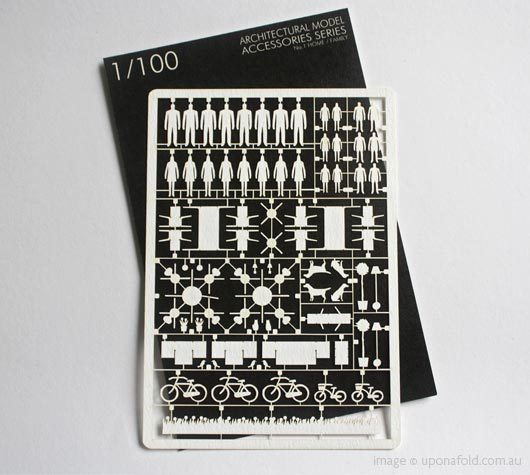