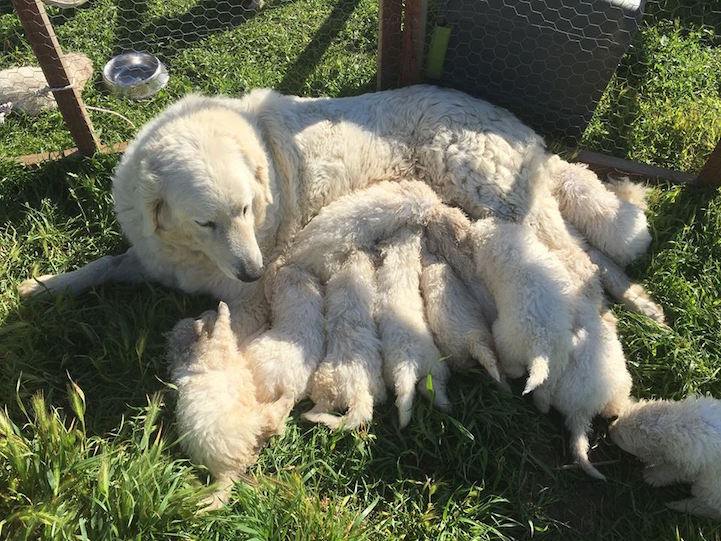 A sheepdog named Stella recently gave birth to a sizable litter of 17 puppies and may have also set a California state record at the same time. The mama dog lives on Napa Grass Farmer, which produces organic meat for local families. When it came time for their livestock-protecting pup to give birth, Stella's human John Costanzo was surprised to see that she produced 11 boys and 6 girls. “We had an excellent vet deliver them because it was way more than we thought,” Costanzo told NBC Bay Area. “They all made it and are healthy. The doctor said it was five more than he has ever seen in his years of practice as the biggest litter he had ever delivered was 12.”

Once Stella finished delivering her babies, Barney & Russum Animal Clinic's vet declared that she'd set a state record. Costanzo adds that Stella also set a world record for the largest litter ever recorded by a Maremma sheepdog. As for the world record–which includes all dog breeds–it's currently held by a Neopolitan mastiff named Tia, who gave birth to 24 puppies in 2004.

What's next for the record-setting litter? Well, Stella's offspring will find forever homes on other California farms, where their jobs will be to protect the animals that live there. 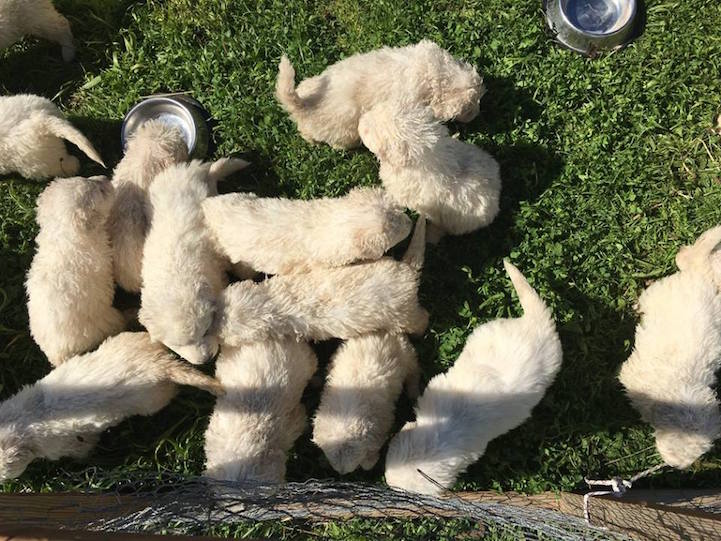 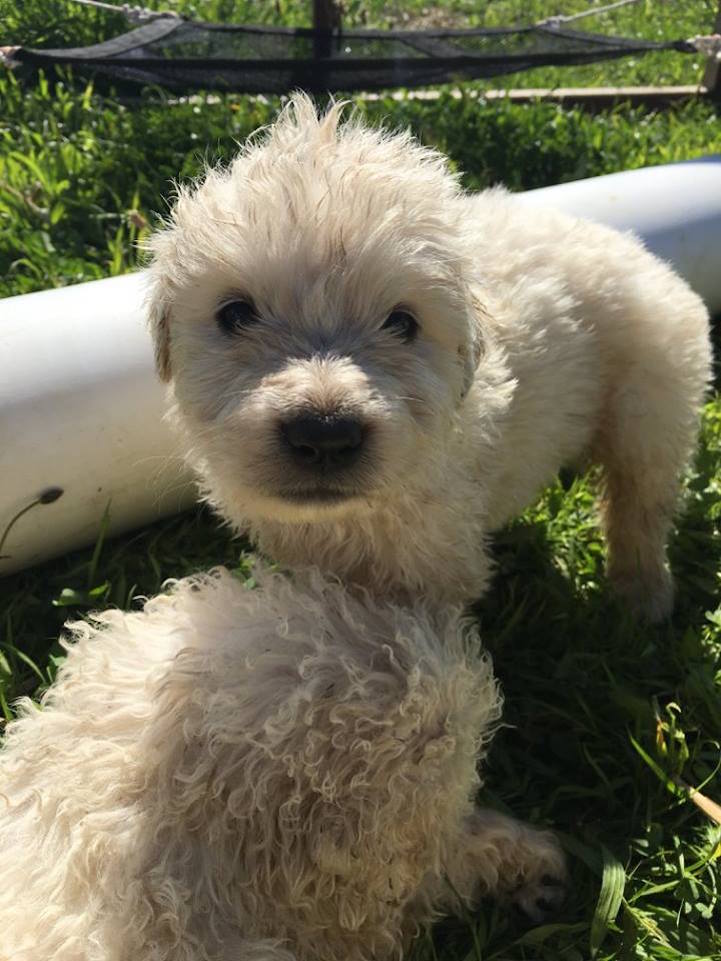 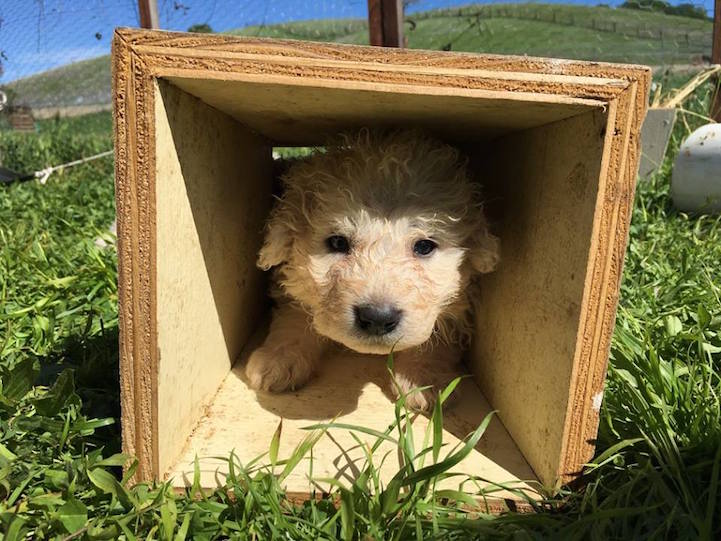 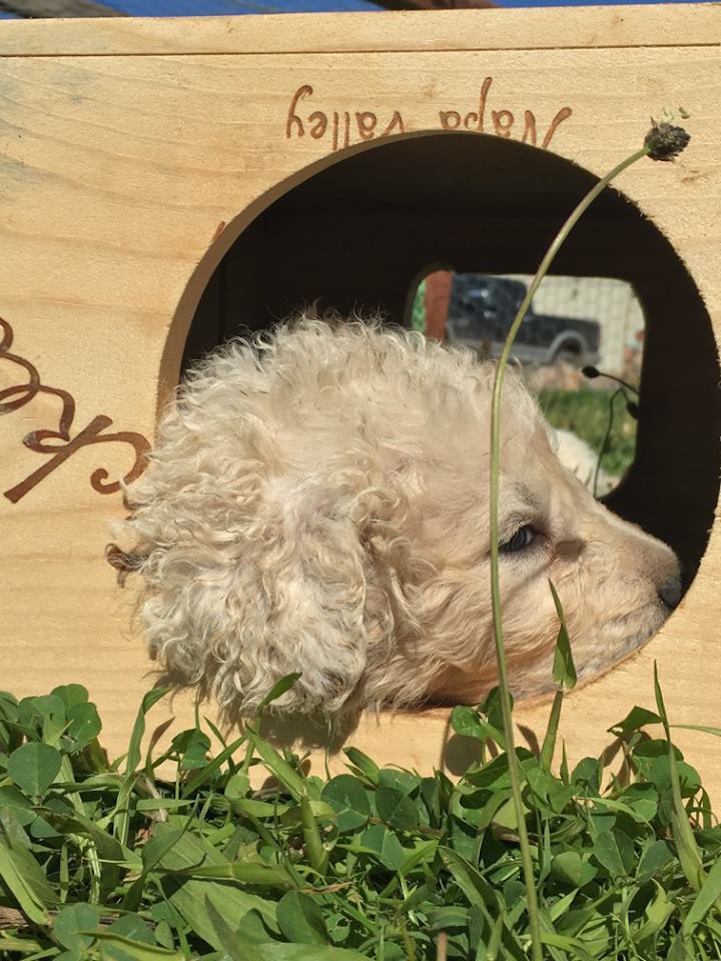 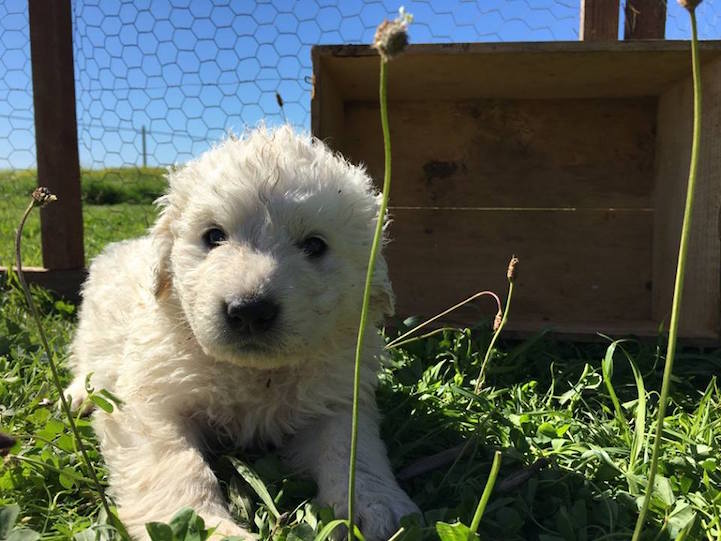 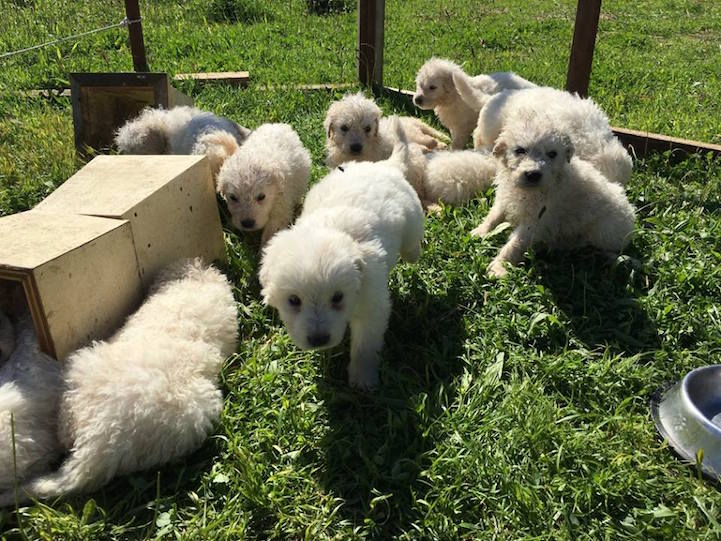