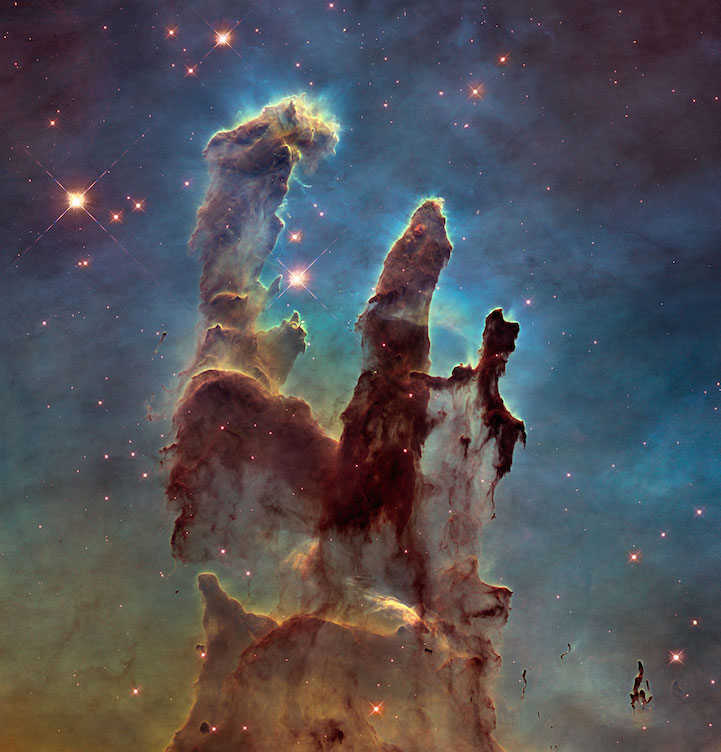 20 years after the iconic Pillars of Creation image was captured in 1995, the NASA/ESA Hubble Space Telescope has revisited the site to bring us a brand-new view of the breathtakingly beautiful structures. Formed of gas and dust that is seared by intense radiation from young stars and eroded by strong gusts of wind from massive nearby stars, the three impressive towers are part of the Eagle Nebula, also known as Messier 16, located 6,500 lightyears away. Hubble's new snapshot provides a clearer and wider look at the nebula, “capturing the multi-coloured glow of gas clouds, wispy tendrils of dark cosmic dust, and the rust-coloured elephants' trunks of the nebula's famous pillars,” according to ESA/Hubble's press release.

In addition to the new visible-light image, Hubble has produced an image of the pillars as seen in infrared light (below). Penetrating much of the obscure gas and dust, this infrared shot transforms the formation into ghostly silhouettes set against a background densely studded with twinkling stars. In this ethereal view, baby stars can be seen forming within the pillars themselves. 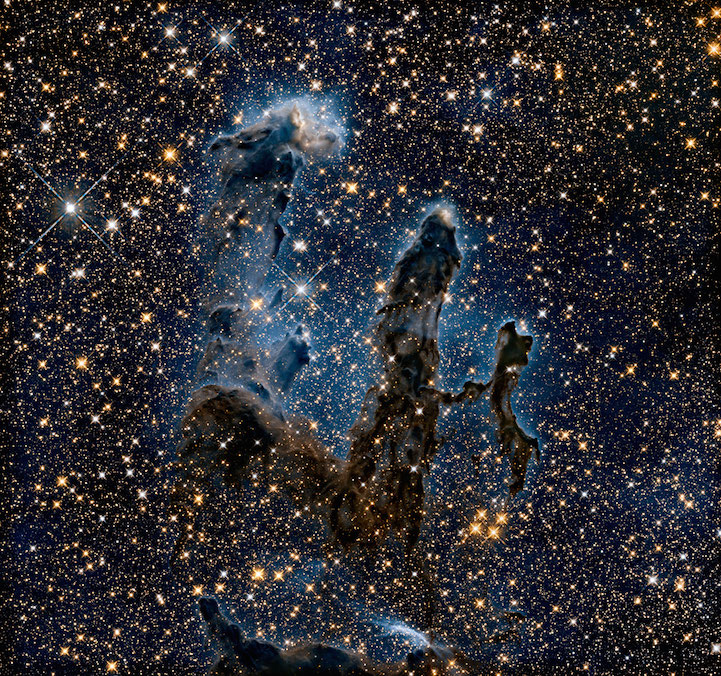