Unfortunate Frog Gets Startling Surprise During a NASA Launch 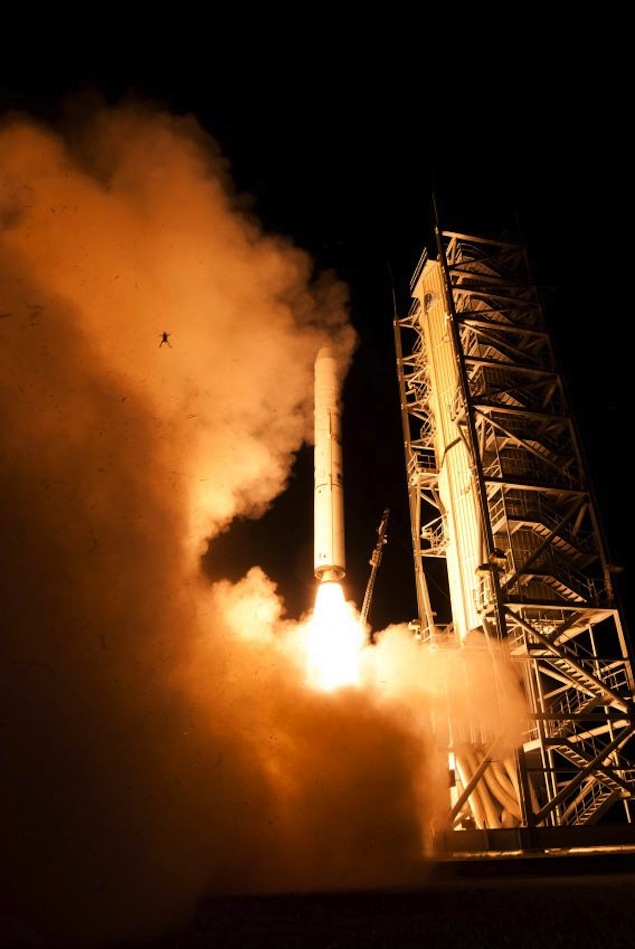 If you look closely, this photograph has captured a rare portrait in the midst of a powerful shuttle launch. In the top left area of the image, you'll notice a small dark spot that strongly resembles a frog. In fact, NASA has confirmed that it actually IS a frog, caught up in the rocket's exhaust as the spacecraft powers up towards the sky.

The photo was taken on September 7, 2013, in Virginia, during the launch of the LADEE (Lunar Atmosphere and Dust Environment Explorer). The robotic mission was sent up to orbit the moon and to gather information about the lunar atmosphere and conditions near the surface. During the launch, sound triggers were used on remote cameras to snap the historic photographs, capturing six frames per second. Little did NASA know that they had a photo-bomber ready to jump in on the action. The rare photo is both funny and a little sad for the poor guy, who's condition, according to NASA, is “uncertain.”

Reporting on space and astronomy news, Universe Today explains, “The Wallops Island Spaceport sits among a wildlife refuge, and the launchpad itself has a pool of water for the ‘high-volume deluge system' that activates during launches to suppress noise and protect the pad from damage. That pool likely seemed like as good a resting spot as any for our protagonist pre-launch.” 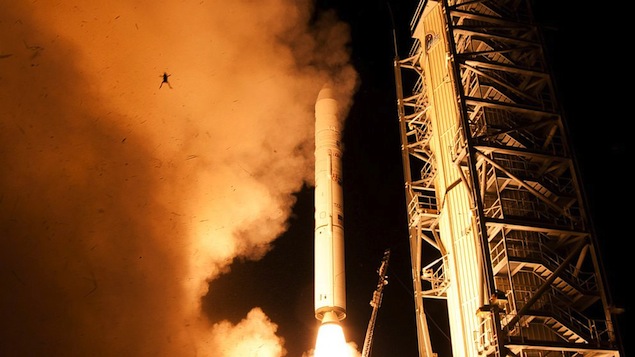 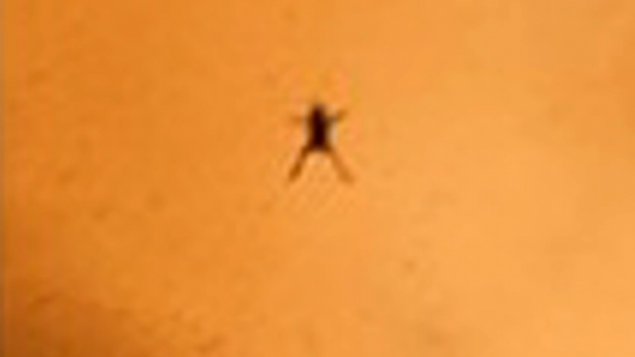