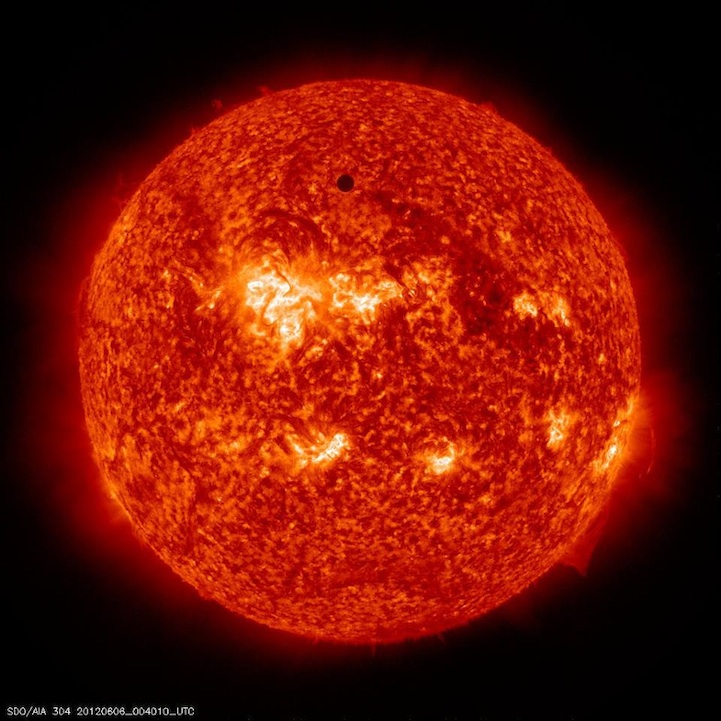 Though we're used to scouring the Internet, looking for the best photos of celestial happenings (see Supermoon and solar eclipse photos), for yesterday's transit of Venus we only had to look to NASA. The Solar Dynamics Observatory, which studies the Sun from a position 36,000km above the Earth, helped capture these incredible shots that would make just about anyone stand back in awe. SDO was able to take images in several different wavelengths, including extreme ultraviolet that shows the sun blazing with stellar magnetic field lines. According to Wired, “This is the first time that a satellite has taken such high-quality images of a transit of Venus.”

“We get to see Venus in exquisite detail because of SDO's spatial resolution,” said agency astrophysicist Dr Lika Guhathakurta.

“SDO is a very special observatory. It takes images that are about 10 times better than a high-definition TV and those images are acquired at a temporal cadence of one every 10 seconds. This is something we've never had before.”

For those of you who are wondering what makes the traveling of Venus between the Sun and the Earth so special, it's because it's one of the rarest predictable celestial events. It happens in pairs eight years apart which are separated from each other by 105 or 121 years. The last transit was in 2004 and the next will not happen until 2117. 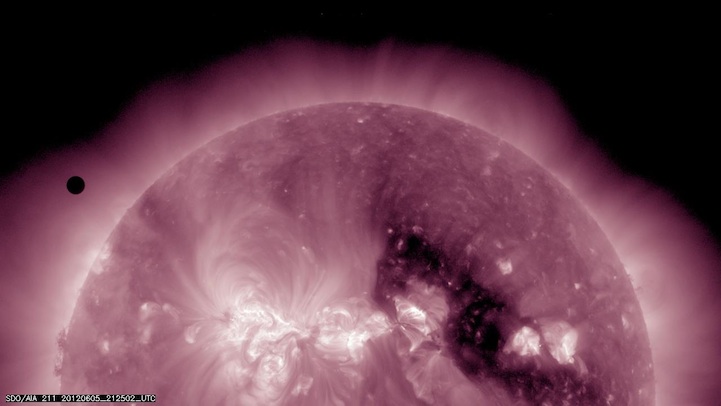 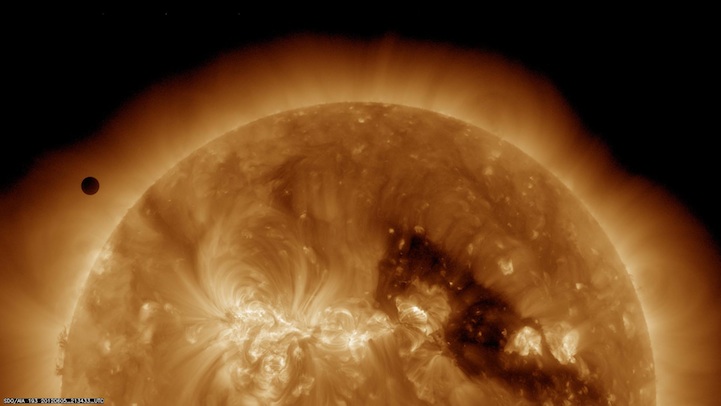 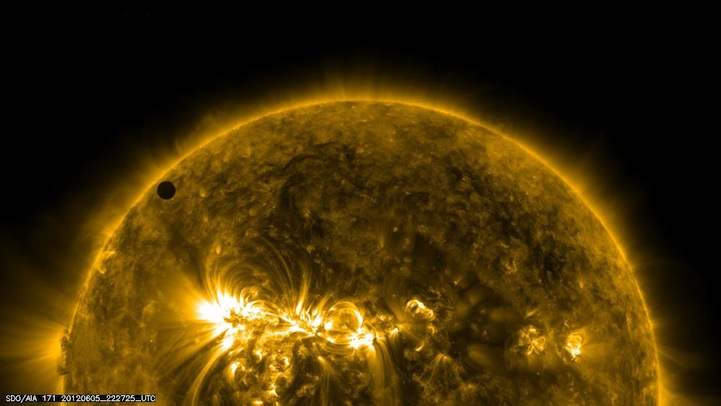 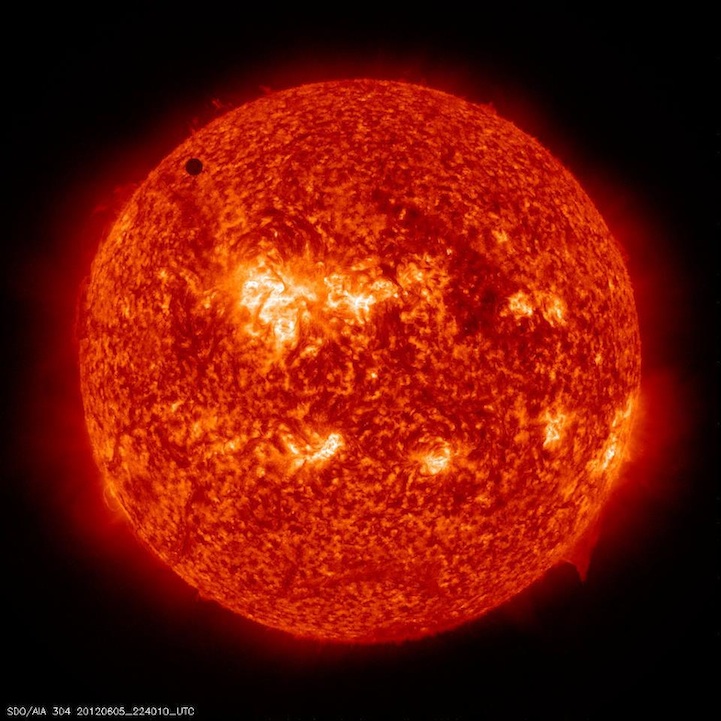 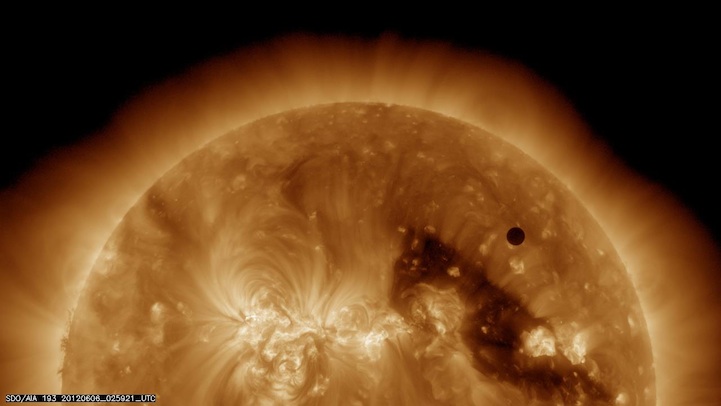 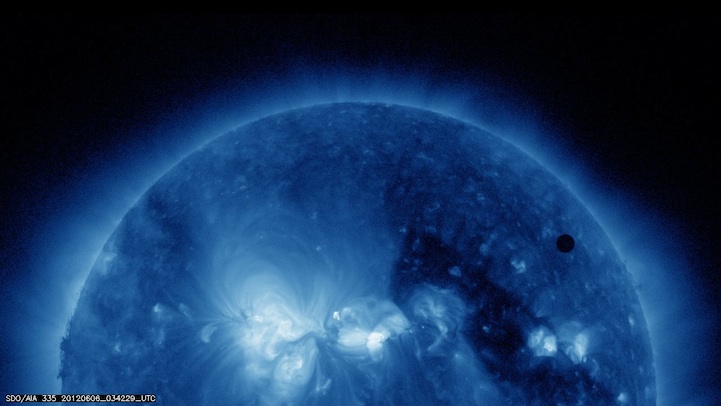 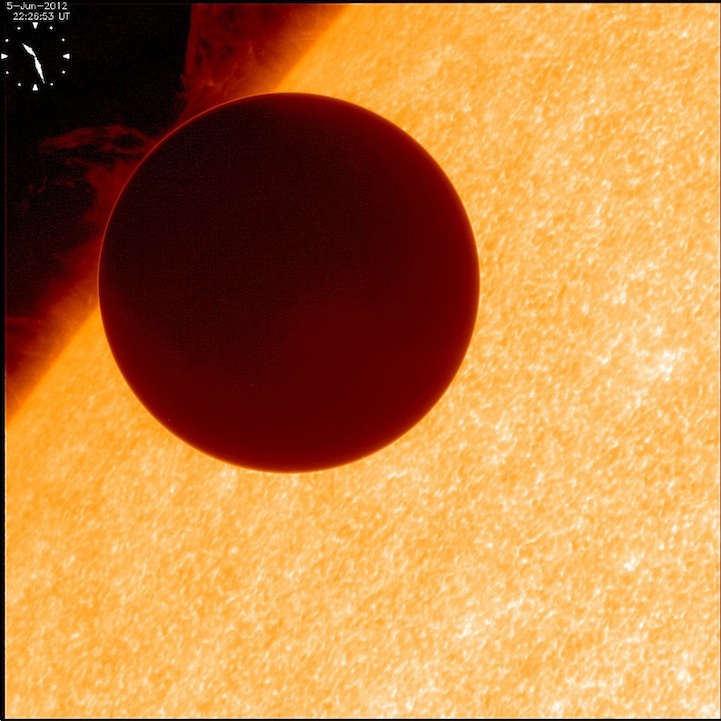